There have been rapid recent reductions in sea ice age and extent in the Canadian Arctic, but little previous analysis of how this has impacted the navigability of Arctic shipping. In this study we analyze how navigability changed over the period 1972–2016 by converting Canadian Ice Service ice charts to shipping navigability charts for different hull strength classifications based on the Arctic Ice Regime Shipping System. Analysis focuses on the southern route of the Northwest Passage, and the Arctic Bridge route across Hudson Bay, for changes in early-season (∼25 June), mid-season (∼3 September), and late-season (∼15 October) conditions. Results reveal that there has been a marked easing in shipping navigability for all vessels over the past decade, driven by reductions in the area and age of sea ice, particularly across the southern route of the Northwest Passage. Both medium (Type B) and little (Type E) ice strengthened vessels were able to transit the full length of this route in the middle part of the shipping season in 2012–2016, but not in 1972–1976 or 1992–1996.

Shipping traffic in the Canadian Arctic has undergone dramatic changes over the past few decades, with almost a tripling of total distance travelled between 1990 and 2015 (Dawson et al. 2018), a shift towards vessels with lower hull strengthening (Copland et al. 2019), and large increases in some categories such as pleasure craft, bulk carriers and passenger ships. For example, pleasure craft, such as private yachts, were rare in the 1990s, travelling a total average distance of 2590 km year−1. However, by 2011–2015 their total annual distance covered had increased by more than 20 times, to an average of 52 799 km year−1 (Dawson et al. 2018). Pizzolato et al. (2016) showed significant relationships between increases in shipping activity and reductions in sea ice cover in parts of the Northwest Passage, Baffin Bay, and the Beaufort Sea, although other factors such as northern population growth, improvements in living standards, tourism, and opening and closing of mines have also been important in driving shipping demand.

Mudryk et al. (2018) reported significant reductions in sea ice concentration across almost all regions of Canada over the period 1981–2015, with the largest declines of >10% decade−1 occurring offshore eastern Canada in winter and spring, and in the Canadian Arctic Archipelago and Hudson Bay in summer and fall. Associated with these losses has been a marked reduction in sea ice age, with areas to the east of Somerset Island, for example, losing summer multi-year ice area at a rate of 16%–20% decade−1 over the period 1968–2016. There has also been an increase in the variability of sea ice in the Canadian Arctic, with areas that previously experienced few changes now seeing large inter-annual changes, particularly in the central part of the Northwest Passage (Haas and Howell 2015). This seems to be connected to increased import of multiyear sea ice into the interior channels of the Queen Elizabeth Islands from the Arctic Ocean as open water has allowed for greater sea ice movement (Howell et al. 2013).

Given the observed changes in shipping traffic, an important question is whether shipping navigability is also changing over time. That is, for a ship of a given hull strength, is it becoming easier for it to navigate through the Canadian Arctic due to changes in sea ice cover? In this study we examine how shipping navigability changed over the period 1972–2016 across the Canadian Arctic for different vessel hull strengths, with a particular focus on the southern route of the Northwest Passage and the Arctic Bridge route across Hudson Bay and Hudson Strait. 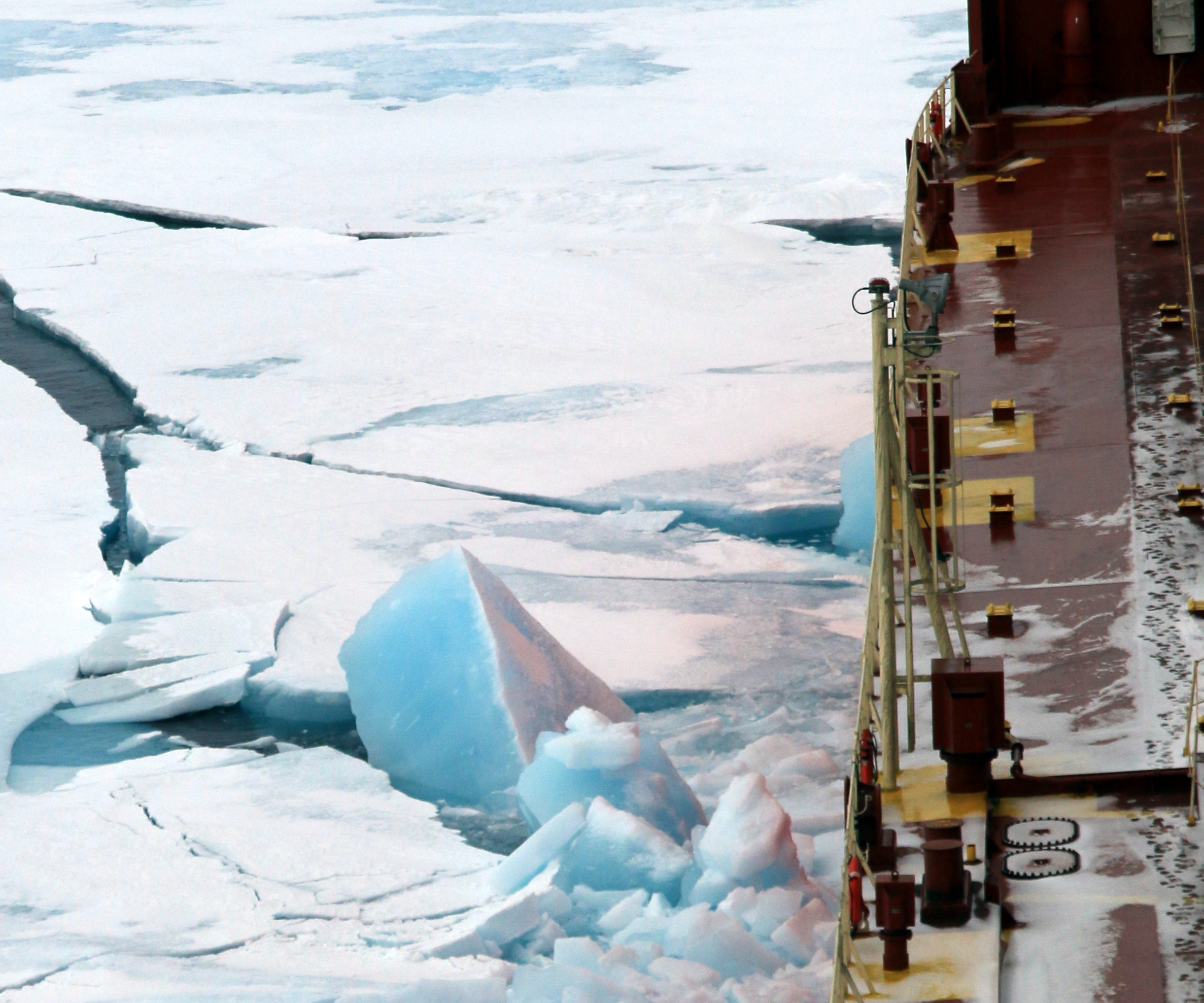