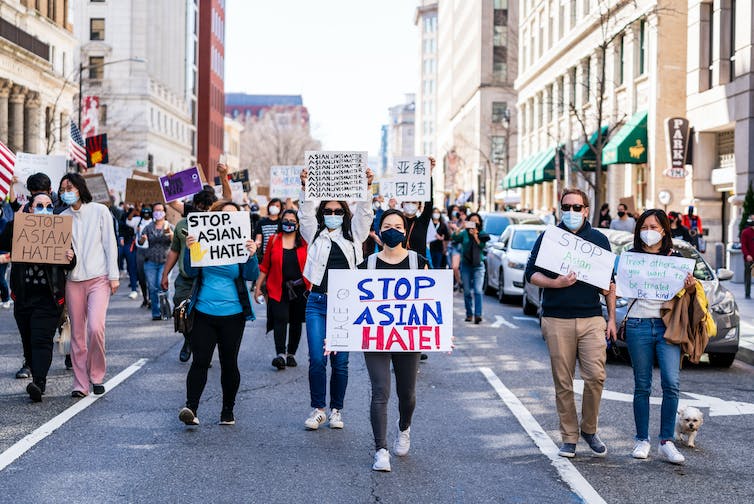 Although we would like to think there is a big difference between racialized curiosity and physical violence, there is not. Rather, it is a spectrum of violence that hinges on the very assumptions behind a seemingly innocent question. (Shutterstock)

In 2003, I was standing at a bus stop in Toronto when someone first asked me, “Where are you from?”

At the time, I attributed the question to idle curiosity but my perception of this question has changed over the years. This has been partly as a result of my work as a historian of migration and because of the ways I have listened to students talk about their experiences with race.

For citizens and newcomers alike, the question of “Where are you from?” is jarring because of the assumptions behind it. The questioner assumes difference, infers otherness and ignores deep histories of place and experience.

The rise in anti-Asian violence highlights the dangers of assuming that people are different. People are targeted because they are perceived as foreign rather than as fellow human beings and citizens.

Read more: As Asian Canadian scholars, we must #StopAsianHate by fighting all forms of racism

Although we would like to think there is a big difference between racialized curiosity and physical violence, there is not. Rather, these two acts fall along a spectrum of violence that hinges on the very assumptions behind a seemingly innocent question.

In March, a 65-year-old Filipino woman was violently attacked in Times Square, New York, by a man who yelled “you do not belong here,” while a security guard and bystanders stood by and did nothing. This inaction was jarring, and provoked public outrage, but in some ways it was not surprising.

The burden of responsibility for responding, and changing the situation has always rested disproportionately with those immediately affected.

When bystanders do nothing, they are channelling a historic phenomenon in which the victims of racism and prejudice must speak out and advocate on behalf of themselves.

This is as true of the racist immigration legislation that denied American citizenship to non-whites in 1790, and governed Chinese migration to the United States and Canada. Exclusionary laws facilitated the exploitation of labourers and denied the possibility for families to be reunited.

When American and Canadian governments eventually modified their racist immigration laws in the 1960s, they did not do so because they suddenly became enlightened.

They did so because people fought hard for justice and equality.

Activism takes many shapes and forms. The Vancouver Asahi Team is a prime example of this, playing exemplary baseball from 1914 to 1941 in the face of racist treatment on and off the field.

Canadian soldiers such as Masumi Mitsui who served in the First World War and then lobbied the B.C. government to grant Japanese Canadian veterans the right to vote, and Victor Louie who lived through the Japanese attack on Manchuria in 1937 and then served in the Canadian Army, were also activists — through their service but also by simply persisting.

In the U.S., 23-year-old Fred Korematsu fought Japanese American exclusion orders all the way to the Supreme Court, which heard his case and ruled against him in 1944.

After the Second World War, Asian people continued to fight for equality in the face of racist immigration laws. Wong Foon Sien of the Chinese Benevolent Association in Vancouver made a pilgrimage to Ottawa every year for over a decade, simply to ask, as he said, “for equality and nothing more.”

The governments of the U.S. and Canada did not simply decide that the internment of 120,000 Japanese Americans and almost 22,000 Japanese Canadians during the Second World War was wrong and then choose to apologize. Rather, Japanese Americans and Japanese Canadians, along with their supporters, protested and resisted the original internment orders, challenged the conditions of the camps throughout 1942 and 1943 (as historian Mikhail Bjorge has carefully documented through his study of riots and protests in this period) and fought hard for redress after the war, and continue to fight in different arenas.

More recently, Mary Kitagawa tirelessly lobbied the University of British Columbia to secure “a degree of justice,” decades after the expulsion of Japanese Canadian students in 1942.

Activists faced considerable resistance and decades worth of work in their fight for recognition and reparations. And some of this resistance came from former Prime Minister Pierre Trudeau, who did not believe in apologizing for past mistakes.

As Japanese Canadian activist Roy Miki observed, “seeking the full rights of citizenship, including the right to seek redress, had always been a large part of what ‘Japanese Canadian’ meant.”

Role of advocacy and empathy

To insist on the work that victims have done to secure justice, equality and redress is not to deny or overlook the important work by supporters and advocates (like that documented by historian Stephanie Bangarth). Nor is it to suggest that this work has been entirely benign, or that it has not caused other forms of damage. This has been most notable in terms of settler colonialism and the continued marginalization of Black communities.

It is, however, to underscore that the burden of responsibility for effecting change has always rested with those most impacted by violence and injustice in North America, whether it be Indigenous, Black, Latinx, Asian or other racialized people. And because this dynamic continues to be perpetuated, the possibility of doing nothing persists.

This dynamic results from different understandings and connections to historical and contemporary injustices. Solidarity and advocacy were possible historically when people perceived a common cause, or had a sense that larger ideals were at stake.

Recent statements of condemnation by political and civic leaders about anti-Asian violence are important and necessary. As are statements by leading scholars who can highlight injustices and speak to the broader issues.

Equally important is understanding how and where the impetus for change has come from historically and why it is important to listen when people say they are scared. The burden of responsibility should not include convincing others that historical experiences, and present-day fears, are real and viscerally felt. 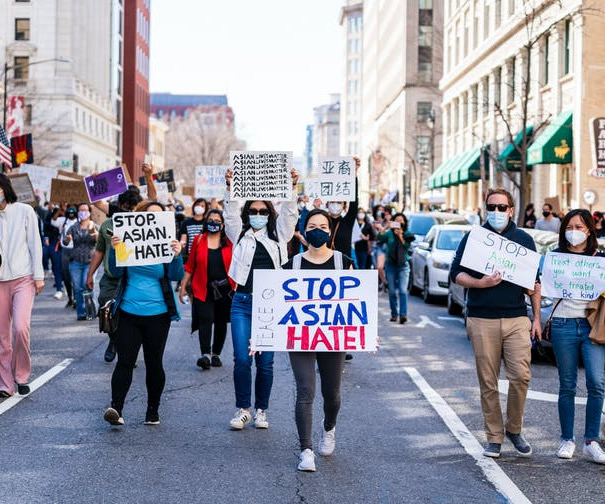