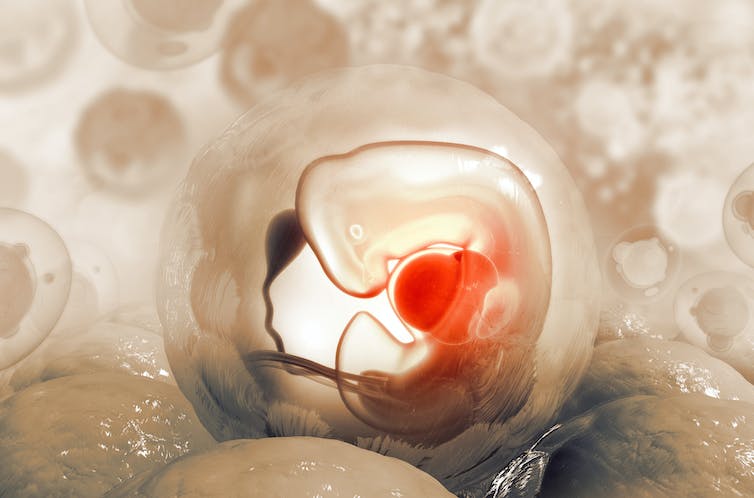 Human embryo research is used to understand foetal development and its applications in treating or eliminating disease. (Shutterstock)

The International Society for Stem Cell Research (ISSCR), which bills itself as “the voice of the stem cell research community,” has announced that it no longer endorses the prevailing international standard limiting human embryo research to 14 days after fertilization.

Human embryo research has long been a thorny ethical issue because of competing views about the moral status of the developing embryo. Some people argue that human embryos have the moral status of persons and are considered protectable human life — that embryos should not be used for research, especially research that results in their destruction.

Other people reject such claims, highlighting the potential scientific and therapeutic benefits of research involving human embryos. These benefits include investigation of human development, cancer cell growth, congenital diseases and the causes of miscarriages. Applications of this research include developing contraceptives, diagnosing genetic diseases, treating infertility and other maladies.

The earlier ISSCR guidelines from 2016 prohibit the cultivation and use of embryos beyond 14 days.

The updated guidelines announced May 26 eliminate this prohibition. Instead, the ISSCR recommends that “national academies of science, academic societies, funders and regulators” engage the public in conversation about the scientific, societal and ethical issues associated with the 14-day limit, and whether this should be extended depending on the research objectives.

A history of the 14-day rule

The 14-day rule, also known as the 14-day limit, “became a standard part of embryo-research oversight through the convergence of deliberations of various national committees over decades.”

Today, different countries have different rules more or less closely aligned with one of the competing perspectives on the moral status of human embryos. Some countries — such as Austria, Germany, Italy, Russia and Turkey — do not permit research involving human embryos.

Other countries — including Canada, China, India, Japan, Spain and the United Kingdom — permit limited human embryo research up to (and not beyond) 14 days. Still other countries permit such research without stipulating any kind of time limit, for example, Brazil and France. 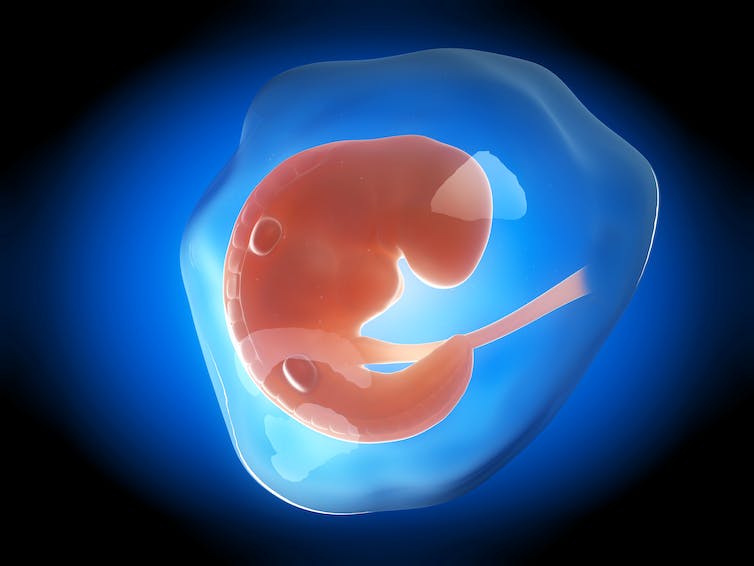 A 3D illustration of a one-month-old fetus. The primitive streak is the precursor to the spinal cord. (Shutterstock)

In 1979, following extensive public consultation, the Ethics Advisory Board of the United States Department of Health, Education and Welfare issued a report in support of limited human embryo research. The board concluded that research involving human embryos should be allowed, provided the embryos were not “sustained in vitro beyond the stage normally associated with the completion of implantation (14 days after fertilization).”

Five years later, also following extensive public consultation, the Warnock Report of the Committee of Inquiry into Human Fertilisation and Embryology in the U.K. reached a similar conclusion. The emphasis in this report, however, was on a different biological phenomenon: the appearance of the primitive streak (a precursor to the brain and spinal cord), which appears on the 14th or 15th day after fertilization.

The first national law entrenching the proposed ethical limit of 14 days was introduced in the U.K. in the Human Fertilisation and Embryology Act of 1990. Since then other countries (but not the U.S.) have followed suit and introduced similar legislation.

In Canada, the Assisted Human Reproduction Act of 2004 stipulates that no person shall knowingly “maintain an embryo outside the body of a female person after the 14th day of its development following fertilization or creation, excluding any time during which its development has been suspended.”

Until now, the ISSCR guidelines have been in lockstep with laws, regulations and guidelines endorsing the 14-day limit. No more.

Merits of the prohibition

The decision to jettison the established 14-day rule is a mistake. There is good reason to recommend public discussion and debate on the merits of this rule. There is no legitimate reason, however, for this discussion to focus narrowly on extending the research time limit. For example, an equally legitimate public conversation could be had about shortening instead of lengthening the time frame for permitted research.

More importantly, there is no legitimate reason to have removed the 14-day rule in advance of any public engagement that might endorse the existing limit or advocate an alternative policy. Doing so changes the facts on paper and potentially also in practice.

Indeed, the authors of the 2021 ISSCR guidelines boast that in jurisdictions where there is no legislation or where there are “substantial gaps and ambiguities” in the legislation “carefully constructed guidelines can play a critical role, for scientists and clinicians conducting research and treating patients.” The revised guidelines can no longer play this role for embryo research beyond 14 days.

Until recently, researchers were not able to maintain the human embryo in the lab beyond 14 days, and so the established limit had no practical effect. But in 2016, two research teams — one at the University of Cambridge in the U.K. and the other at Rockefeller University in the U.S. — succeeded in maintaining human embryos in vitro for 12 to 13 days. They could have continued their experiments, but ended them in accordance with the 14-day rule.

Since then, debate in academic circles about the merits of the 14-day rule have intensified. Now that it is possible to overcome the technical limitations, some are intent on shifting the ethical limitations.

One suggestion is to “keep the 14-day rule in place and have a special petition to make an exception.” Another suggestion is to extend the time limit to 28 days to allow researchers to learn more about embryonic developmental processes.

My suggestion, as an ethicist who works at the intersection of policy and practice, is to have project specific time limits based on the minimum amount of time required to address the stated research objectives. This could mean that some human embryo research would not be allowed to continue to day 14, while other research might be allowed to continue beyond day 14.

Research categories with different time limits might be described in international or national research ethics guidelines and entrenched in national legislation. Alternatively, national regulations and guidelines might only stipulate the general intent, and project-specific decision-making might be at the discretion of a national specialized research ethics committee.

These suggestions for ethical limits on human embryo research — and others — require the public’s input. And while it is good to see the ISSCR promote public engagement, it is disappointing that this support should come at the price of the established international norm. 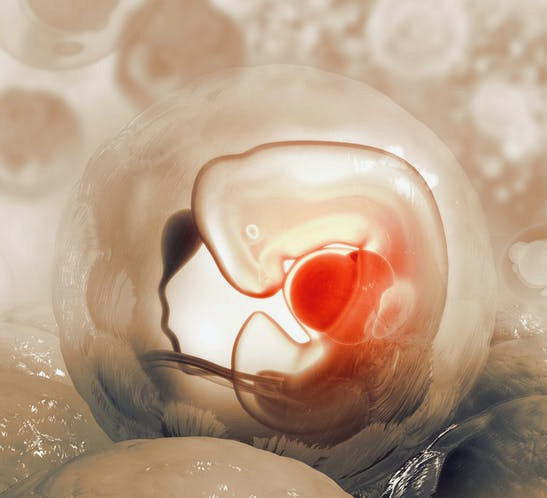