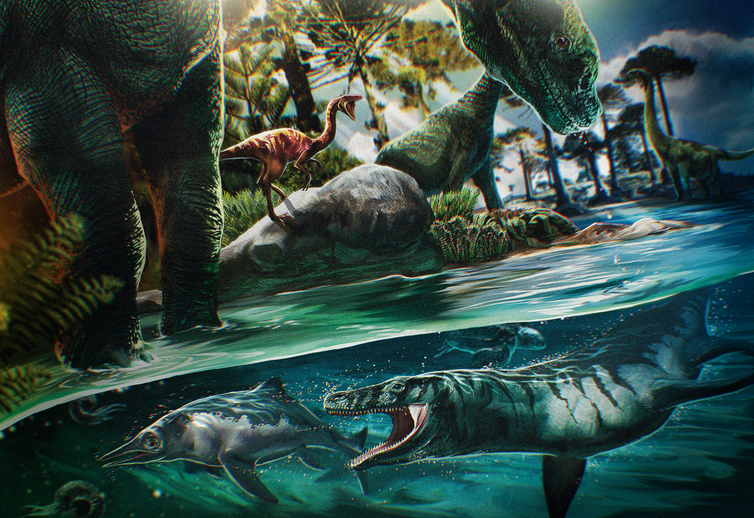 In the late Jurassic, 150 million years ago, Earth was emerging from a relatively cool period, the supercontinent Pangea was breaking up, and a spike in extinction intensity rippled across the ecosystems. During the following period, known as the Early Cretaceous, the planet was warming, global sea levels and atmospheric oxygen were rising and the continents continued to fragment.

As a result, two entirely isolated oceans, the Eastern Pacific and the Western Tethys, which would later become the Atlantic Ocean, came together across the Hispanic Corridor. This union of oceans during a time of relatively high temperatures created a perfect storm for ecosystem evolution and drivers for novel biodiversity in the Neotropics — an event that would transform the course of marine ecosystems for the next 60 million years.

Our research team, consisting of scientists from Colombia, Canada and Germany, explored the Neotropics by using the fossil record from the Paja Formation, a poorly studied shallow marine deposit in central Colombia that was laid down just after the formation of the Hispanic Corridor. Our main goal is to understand the origin and evolution of this marine ecosystem, and if it served as a potential ancient biodiversity hotspot — an epicentre for new species to originate and flourish.

We discovered a new species of ichthyosaur, the giant fish-like marine reptile. While examining a beautifully preserved skull specimen of the species we named Kyhytysuka sachicarum, we recognized this to be the first Cretaceous hypercarnivore ichthyosaur.

The new species evolved from Jurassic ichthyosaurs in the Tethys, but differed in that it had unique teeth for an ichthyosaur: there were several different tooth shapes that served different purposes, ranging from piercing to saw-tooth cutting to crushing.

This large ichthyosaur represents a revival of hypercarnivory (eating large prey). Although some early evolving ichthyosaurs did this, they moved to small fishes and invertebrates for the next 70 million years. Kyhytysuka somehow re-evolved the capacity for hypercarnivory during this time and place of intense ecological upheaval.

Kyhytysuka was also one of the last surviving ichthyosaurs. Most ichthyosaurs went extinct by the end of the Jurassic — only a few made it into the Cretaceous but none survived past 100 million years ago. The fossil record in the Paja Formation preserves hints of the changing marine ecosystem.

These rocks preserve some of the largest marine animals ever discovered, including several ichthyosaurs, enormous whale-sized pliosaurs, the first long-necked elasmosaurs and a 10-metre-long crocodile that was the last survivor of a long lineage of Jurassic marine crocodiles.

The fossil record also contains the oldest known marine turtles in the lineage of today’s sea turtles as well as the origins of several crustaceans that survive today.

The information in the fossil record helps us reconstruct ancient food web interactions based on what was present in the Eastern Pacific and the Western Tethys prior to their contact and what was present during their contact in the Paja Formation. Changes to these ancient food webs promise to shed light on the environmental and ecological factors involved in the long-term sustainability of ecosystems.

Careful inspection of fossils from this unique time and place offers a new window into what happens when ecosystems collide. So far, we’re finding this facilitates the evolution of enormous top predators and several evolutionary origins of new lineages that would persist for millions of years.

These results provide relevant data for better understanding of the consequences of the Jurassic-Cretaceous extinction on marine animals and, ultimately, of the advent of today’s marine ecosystems. 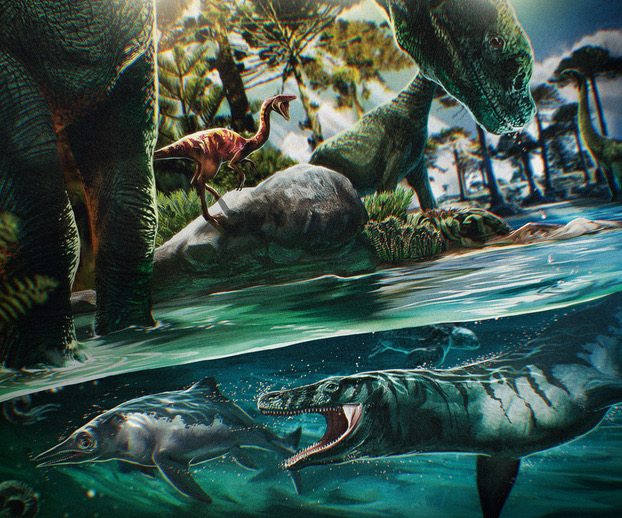