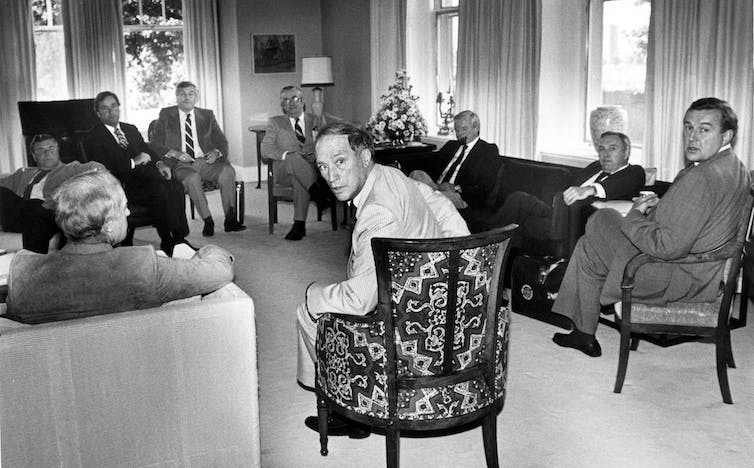 National party conventions in the United States, the Conservative leadership convention in Canada, the recent prorogation and a likely confidence vote in Parliament later this month have caused renewed reflection on the relationship between political leadership and the effectiveness and legitimacy of public government.

We judge governments by their leadership, whether it’s a matter of integrity and inclusion or rational and intelligent choice of policies. It’s also the values that leaders express, the programs they initiate and the administration they control that determine the population’s satisfaction.

A nation’s international influence is also shaped by the quality of political leadership.

Forty years ago, Canada experienced a clash of values among its political leaders so profound that it shaped our nation. It pitted two starkly different ideas of the national interest against each other.

During the second week of September 1980, Canada’s political leaders — Prime Minister Pierre Trudeau and the provincial premiers — met in Ottawa to seek agreement on a reformed constitutional order.

This meeting followed the first Québec referendum on separation in which the provincial government sought popular approval for beginning a process to secede from Canada. Although Québec did not receive the mandate it wished, that experience made clear that Canada’s Constitution needed attention and revision. 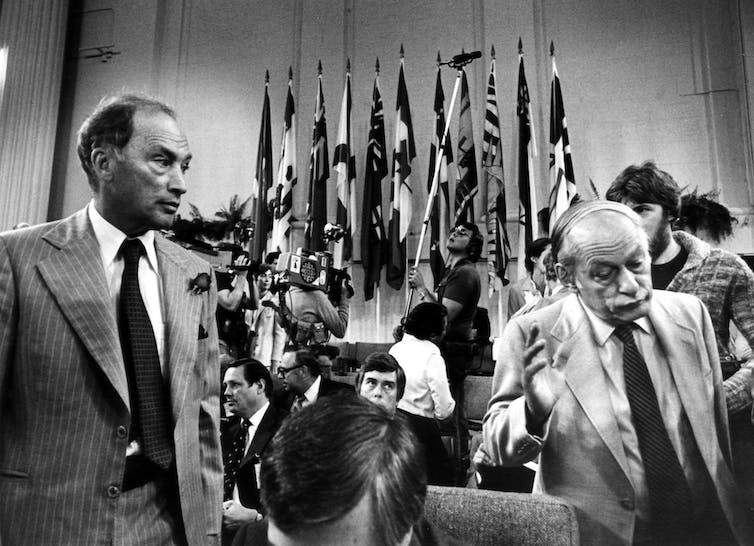 Québec Premier Rene Levesque, right, Québec premier, shrugs his shoulders and walks away from Pierre Trudeau after a chat prior to the beginning of the second day of the Constitution Conference on Sept. 9, 1980. THE CANADIAN PRESS/Drew Gagg

The meeting, broadcast nationally, began on the morning of Sept. 8, with statements from the 10 premiers. The statements had a common theme — Canada and its people would be better served if a long list of federal powers were handed to the provinces. This plan would bring about a Canadian state that functioned significantly differently.

After the premiers had spoken, Trudeau delivered his remarks to the meeting and to the nation. It was a long, impassioned speech setting out his agenda for meeting Canada’s true constitutional needs. It was one of the most important political speeches in Canadian history.

He began by asking premiers to agree to patriate Canada’s constitution from the British Parliament and remove an embarrassing “vestige of colonialism.”

He admitted that Canada was facing a constitutional crisis, but that the better response to this challenge was to urge the adoption of measures that would make Canada modern, effective and just. He recognized that premiers believed that giving the provinces greater powers over economic and social regulation would make Canada stronger, but he disagreed that Canada would become a more effective nation through weakening the national government.

For the next 30 minutes he addressed Canadians, setting out his ideas on what was required for Canada to attain effective nationhood, meet the demands of a changing world, be respectful of Canada’s diverse peoples, be efficient and serve Canadians’ social needs better.

He wanted to create respect for Canada so it could be more effective on the international stage. He reiterated his lifelong commitment to fundamental rights and freedoms and urged their constitutional protection. He rejected any concept of provincial citizenship rather than a single citizenship for all Canadians. 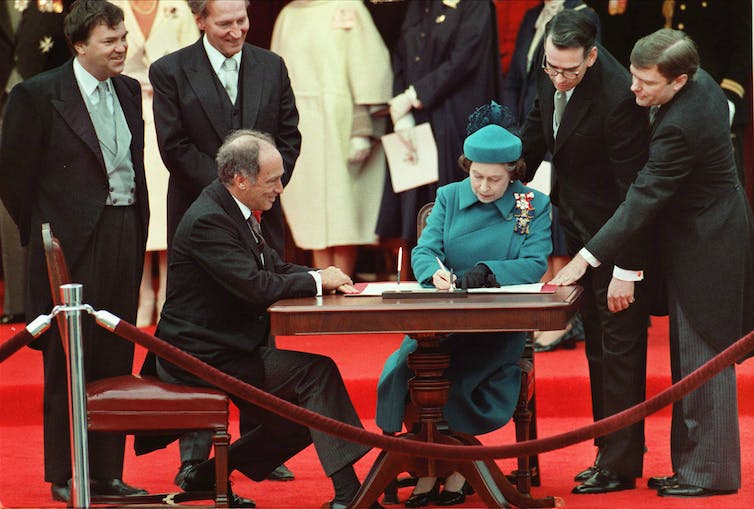 There are two views of Canada, he said, speaking to Canadians through their television sets. The one, held by the premiers, was that the national common good can best emerge through “each province acting with greater independence and greater ability to maximize its own self-interest.”

He returned to the theme that the essence of strong nationhood is the ability to protect the fundamental rights of its people. Rights are sacred, he told the premiers, and “none of us here should have jurisdiction … to infringe those rights.” He said a constitution “expresses the will of the people. It is the basic authority in this country [and] … it must say that and ensure that, in some way, our actions reflect that.”

That September conference ended in failure. Ten months later, after Trudeau’s threat to proceed with constitutional change without provincial consent — followed by successful court challenges and, then, further negotiations — Trudeau and nine premiers, absent Québec’s René Levesque, found a compromise for a new Canadian Constitution that embodied the ideals of diversity, equality and basic freedoms and rights.

Read more: The history of the notwithstanding clause

In the months that followed Trudeau’s constitutional triumph, his popularity dipped to levels rarely seen by sitting prime ministers. Nevertheless, his ideal of Canada, based on guaranteed bilingualism, multiculturalism and rights and freedoms, is now well-established and defines Canada’s national identity.

Pierre Trudeau’s contribution to the remaking of Canada cannot be questioned. Throughout the 1980 to 1982 constitutional debates, and in his September 1980 speech, he reminded Canadians that their national achievement as a country is built every day on basic values. 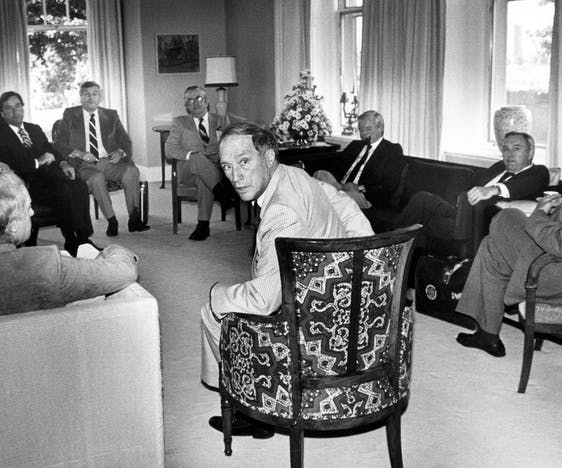