I have the great pleasure of working in the nascent interdisciplinary field of quantum information, which was born in the 1980s from serious considerations of how quantum physics could impact on foundational problems in computer science.  In the 1990s, a quantum algorithm was shown to make a hard-computational problem easy on a quantum computer and the fragility of quantum mechanics was shown to be ameliorated by quantum error-correcting codes.  In the same decade proof-of-principle demonstrations showed quantum information is both powerful and plausible.  A new field was born from the two disciplines of physics and computer science and continues to grow rapidly in research activity, diversity of problems and numbers of scientists in academia and industry.

Quantum theory’s birthday is 14 December 1900 when Planck revealed the nature of blackbody radiation, which quantifies the spectral dependence of the glow from a warm object.  In fact hints of quantum theory were evident earlier, such as in Boltzmann’s study of spectral lines in molecular iodine.  The sun’s spectrum, blotting out certain lines in its blackbody radiation, revealed the element helium, which has the distinction of being first discovered in space and not on the earth.  Since its birth, quantum theory is used not only to explain natural phenomena but to design systems tailored to test the theory, for example making artificial atoms on a silicon chip or as defects in diamond, and making sources of quintessentially quantum light.

Understanding how an atom emits light gives the clue to understanding changes in the atomic nucleus, thus tying together seemingly different forces of nature, namely electromagnetic and nuclear forces, into one framework.  Quantum theory has become a powerful framework to explain and predict phenomena yet presents a puzzling metaphysical paradox due to quantum theory’s inability to reconcile measurement as a quantum-mechanical construct.

Schrödinger’s famous cat paradox illustrated the problem by considering a cat concealed in a box alongside a poison-gas canister triggered by radioactive decay of an atom. The linear superposition principle of quantum mechanics leads to the state inside the box being a superposition of a live cat and an undecayed atom with a dead cat and a decayed atom.  Quantum mechanics describes radioactive decay as a wavelike superposition of the atom in an undecayed and a decayed state, and the interaction between the atom and the cat, via the poison-gas canister, thus shows how even the objectivity of life vs death blurs in the quantum world.  Recent Bell-inequality tests show that alternatives to quantum theory, despite its weirdness, are unviable. 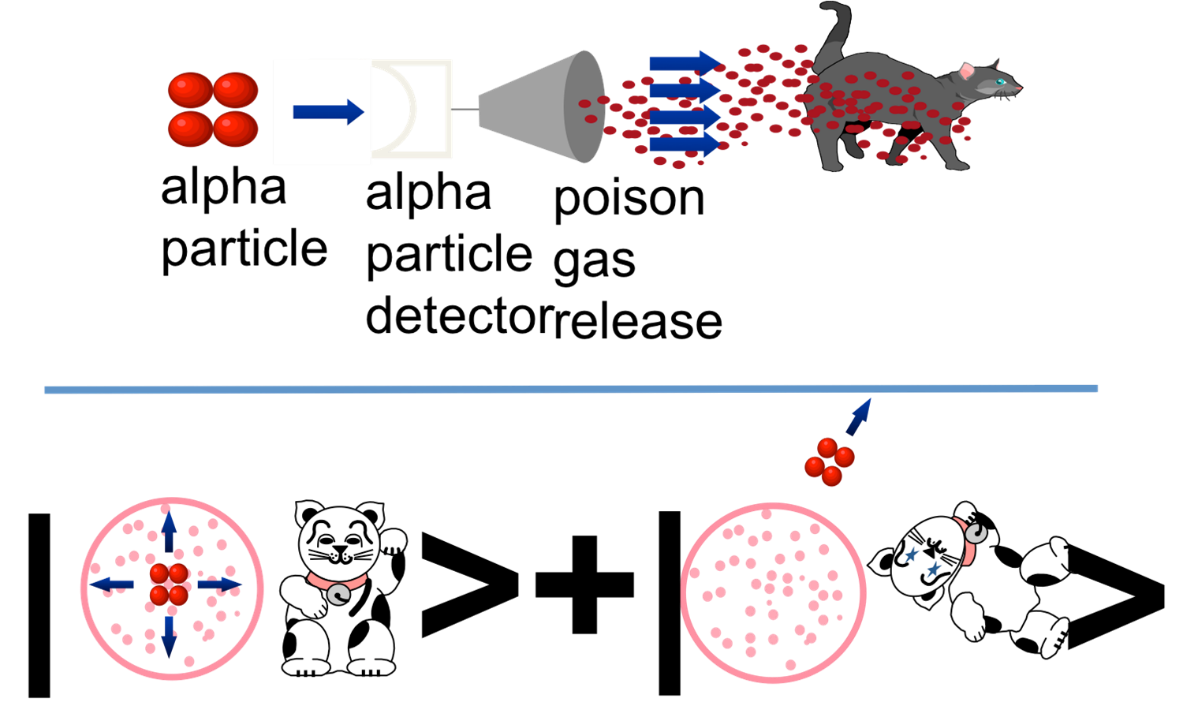 In quantum information, we describe this cat paradox informationally as converting the bit string 00, representing an undecayed atom and a live cat to a superposition of 00 and 11, with the bit string 11 denoting a decayed atom and a dead cat. Rather than fret over the philosophical problem, quantum information science exploits such phenomena for quantum versions of information processing, with algorithmic and cryptographic advantages.  The atom-cat entangling operation arises from a quantum version of the exclusive-or gate.  Production of a superposition of 00 and 11 is a valuable way to produce shared quantum randomness that is the heart of secure quantum cryptography.

In quantum information, we identify tasks to be performed, such as teleporting quantum information (superpositions of informational states) through nonquantum channels.  Such tasks enable transformative quantum technology such as executing a quantum algorithm that would render number factorization easy but with enormous deleterious ramifications for nonquantum cryptography.  Other tasks serve to deliver secure quantum communication, which would be impervious to quantum-computer attacks. On the implementations side of the field, we identify important tasks and figure out how to implement them in suitable physics systems such as with neutral atoms, light, superconductors, or semiconductors, or suitable combinations thereof.

My own work focuses on crucial tasks, such as quantum simulation.  In quantum simulation, we prepare a desired quantum computational state; using the state to solve a problem is the next step after quantum simulation. The goal is to construct an algorithm in terms of quantum computational primitive operations, e.g. quantum logic gates, such that the output state closely approximates the desired state and the procedure is efficient in terms of computational resources such as the depth of the quantum circuit and the requirement for memory space.  Potential applications range from linear equation solvers to quantum chemistry of diatomic molecules to solving properties of proposed quantum materials.

As quantum mechanics is fragile, extreme methods to ensure systems behave closely to what they are supposed to do.  The field of quantum control aims to steer the system through its evolution, sometimes in a complicated way, to extract optimal performance.  My own passion in this field is using state-of-the-art machine-learning techniques to realize effective quantum-control procedures under severe constraints.  Potential applications include designing quantum gates for computing and performing quantum metrology such as for atomic clocks.

Much of quantum information science concerns long-term goals, but short-term successes are important as milestones and proofs-of-principle.  My interest in short-term implementations is in quantum walks, which extend the ubiquitous random walks in science to the quantum domain by entangling the walker with the quantum version of the so-called coin used to randomize the walk.  Quantum walks provide a valuable, fresh perspective on problems such as quantum topological phase transitions and can indicate dynamical features that are amenable to experimental testing.  My quantum-walk research spans photons, atoms and superconductors.

Another vital field that fascinates me is storing and releasing quantum information on demand, which is necessary to synchronize quantum computing and communication tasks.  Quantum memory can be achieved by manipulating the internal electronic states of a natural or artificial atom or by controlling joint degrees of multiple atoms.  I like to study the physics of these systems to model the properties well and then resort to model-free machine-learning techniques for quantum control, with the model being used to construct machine-learning heuristics rather than using a model as a trusted description to design fully the control scheme.

In summary quantum information exploits the weirdness of quantum mechanics to disruptively transformation information technology, and my passions are devising algorithms to exploit this potential, creating control procedures to make quantum technology perform at the highest level and collaborating with experimentalists on first proofs-of-principles for quantum tasks. 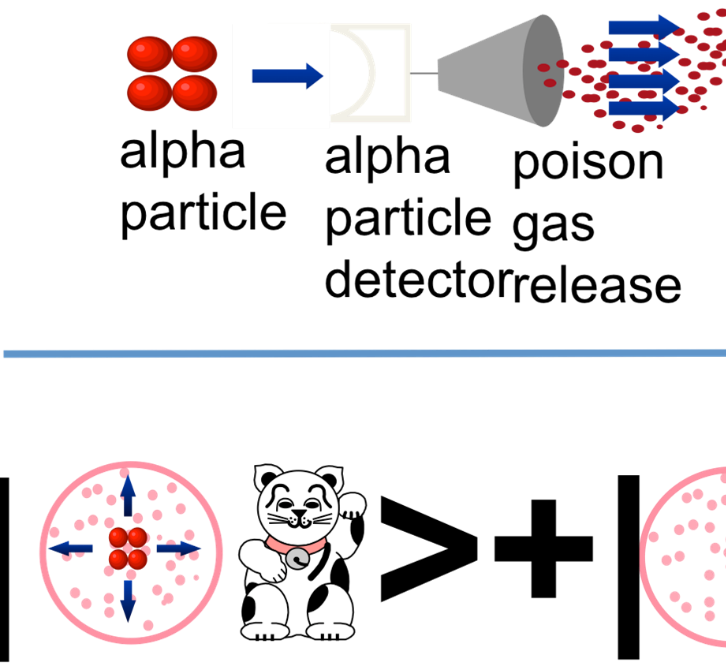