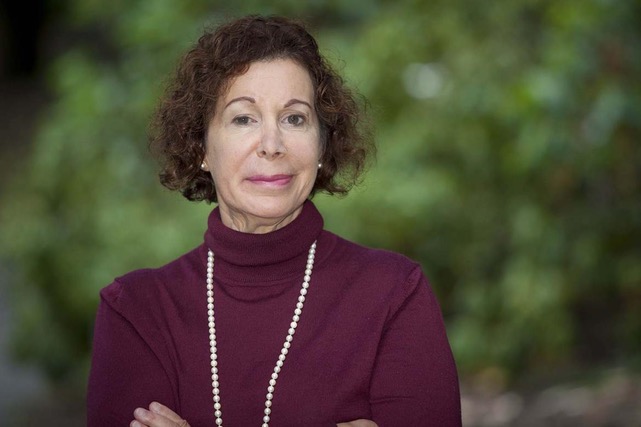 Sir William Osler was a founding member of the Royal Society of Canada, and like Sir Sandford Fleming, should keep the rest of us very, very humble. Osler has been termed the Father of Modern Medicine, one of the “greatest diagnosticians ever to wield a stethoscope,” and the “best known physician in the English-speaking world by the turn of the century.”

Osler came from a Royal Navy background. His father, Featherstone Osler, was invited to serve on HMS Beagle as science officer for Charles Darwin, but declined due to his father’s ill-health. Featherstone left the Navy to become an Anglican minister, married Ellen Free Picton, and emigrated to Canada to become a ‘saddle bag minister’ in Upper Canada/Canada West after they survived a shipwreck in the Gulf of St Lawrence. William, one of three sons, was born in the village of Bond Head. Raised in the larger town of Dundas, Ontario, William was headed for the ministry and was educated at the Trinity Colleges in Weston and Toronto. He developed an interest in medicine, and entered a private medical college, the Toronto School of Medicine, in 1868. At this time, most medical schools were small, proprietary institutions, often with one owner/educator, and the quality of the lectures was variable. Osler discovered Sir Thomas Browne’s Religio Medici, and its contemplations of the self, spirituality and science influenced him greatly.

In 1872, Osler received the MD/CM degree from the Faculty of Medicine at McGill University, then Canada’s finest medical programme. After post-graduate training in Europe, he returned to McGill as Professor of the Institutes of Medicine in 1874, where he created the faculty’s first formal journal club to promote continuing education.

In 1884, Osler moved to the United States, accepting the Chair of Clinical Medicine at the University of Pennsylvania in Philadelphia. The following year, he was one of the founding members of the Association of American Physicians. When he left Philadelphia in 1889, his farewell address to students, “Aeguanimitas” or equanimity, was on the importance of physicians being calm and tolerant, and became the personal motto with which he was invested by his colleagues and students.

Osler left Philadelphia for the opportunity to be one of the four founding members of the new Johns Hopkins Hospital in Baltimore, Maryland. Hopkins was a fully endowed private institution which was the first to fully embrace the new innovations in medical science and technologies. As Physician-in-Chief, he was instrumental in the establishment of the Johns Hopkins School of Medicine in 1893, and served as its first Professor of Medicine.

The Johns Hopkins endowment included a proviso that women should be admitted to the medical school, and Osler, like most physicians of his generation, was opposed to female physicians; he considered women to be too weak for clinical practice. He accepted the inevitable by conceding that women doctors were acceptable in the areas in which they found employment: pathology, female institutions, caring for women and children, and in missionary work. He also was a constant and inspiring mentor for McGill’s Maude Abbott, one of the period’s great pathologists. He supported her medical museum work at McGill, tours of which became, by popular demand, part of the medical school curriculum, and invited her to write a section on congenital cardiac disease for his textbook, Systems of Modern Medicine. Osler’s views on female physicians continued to evolve; by the Great War, he helped to raise money for the London School of Medicine for Women and supported the admission of women to Oxford Medical School.

At Hopkins, he was able to actualize his vision of the physician first and foremost as clinician. As he wrote in his essay, ‘Books and Men,’ “he who studies medicine without books sails an uncharted sea, but he who studies medicine without patients does not go to sea at all.” In Osler’s programme, by their third year, medical students would be leaving the classrooms for clinical training at the bedside. He pioneered the practice, now followed in medical schools throughout the world, of making rounds with small groups of students, and performing “incomparably thorough” physical examinations. Students learned to take patient histories, perform physical examinations and test body fluids and tissues in the laboratories.

Osler also initiated the first residency programme for specialty training of physicians, in which residents would live full-time in the hospital for up to seven or eight years, leading strictly regulated, disciplined lives while learning their craft. Consequently, the medical staff of teaching hospitals comprised primarily residents and interns.

Osler also helped to create the modern field of medical history. He founded the History of Medicine Society of the Royal Society of Medicine, London. His interest was not so much hagiographic, although he did want to honour medical luminaries who had come before.  Rather, he wanted to honor the investigative craft of clinical medicine itself, particularly before the age of modern instruments and scientific tests. It is telling that he was described as “one of the greatest diagnosticians ever to wield a stethoscope,” since one of his heroes was the great Arab physician Avicenna, whose Canon of Medicine he termed the “medical bible for a longer time than any other work.” Avicenna practiced medicine centuries before the stethoscope, and relied upon his own senses and careful questioning of the patient to determine diagnosis.

This was the heart of Osler’s vision of clinical medicine; that is, despite the ever-increasing advancements and magic bullets that incorporated the scientific revolution in medicine beginning in the last quarter of the 19th century, the physician’s work at the patient’s bedside was paramount. His most repeated saying (and in an exceptionally prolific writing and speaking career, there were many) was “listen to your patient, he is telling you the diagnosis.”

Of his many books, essays, speeches and other writings, his most famous was The Principles and Practice of Medicine, first published in 1892, and which continued to be published in many editions, and translated into many languages, until 2001. Like Avicenna’s Canon that he so admired, Osler’s Principles and Practice became the bible for generations of medical students and practitioners. It would, however, show its age, as in the 1923 edition which still supported the use of bloodletting.

Osler also enjoyed the practical joke, some of which were quite involved. While at McGill, he wrote satirical essays and even the occasional ‘fake news’ medical commentary under the pseudonym Egerton Yorrick Davis. Davis attended medical conferences (according to the registration lists) and visited hotels until his untimely death by drowning in the Lachine Rapids in 1884. Osler’s satiric outlook also landed him in some controversy. In his 1905 farewell speech at Johns Hopkins, he commented that an individual’s best work was done between the ages of 25 and 40, and it was downhill from then on. He cited a popular novel which suggested that older people had so little usefulness they should be chloroformed. This was reported in the popular press as “Osler recommends chloroform at 60.” While that was certainly a stretch, he was always concerned about the wasting away of the very old, and described pneumonia as the “old man’s friend” because it provided the aged with a relatively painless and quick death.

Osler completed his illustrious career in the United Kingdom. In 1905, he was appointed the Regius Chair of Medicine at Oxford, a position he held until his death. In 1911, he established the Postgraduate Medical Association at Oxford, and served as its first President. He was a member of the Board of Curators at the Bodleian Library at Oxford, helped to found the Medical Library Association in North America, and was an avid collector, for himself and for libraries, of important texts related to the history of medicine. In 1911, he was knighted for his contributions to the field of medicine.

At age 42, Osler married Grace Linzee Revere, a physician’s widow and a direct descendant of Paul Revere. The Oslers had two sons, one who died soon after birth, and Edward Revere Osler. In the great tragedy of the Oslers’ later years, Revere died at the age of 21 in the Battle of Passchendaele. This was especially heartbreaking for Osler since Revere, who had bad eyesight, would not have been commissioned in the military without his father’s influence. William Osler died shortly thereafter, during the Spanish Influenza epidemic in 1919. Grace survived him by nine years.

His personal collection of books, papers, and memorabilia would be willed to the library at McGill University, which would open the unique and beautiful Osler Library in 1929. The Osler Library contains his beautiful oak office furniture, and is an inspirational retreat for medical historians and practitioners. It is also a point of pilgrimage for Oslerians – (mostly) physicians from around the English-speaking world who study and write about their hero, and other topics of medical history. They also can visit Osler himself, and Lady Osler, who are buried in a vault in McGill’s Osler Library. That is, Oslerians can visit most of Osler. As a founding member of the American Anthropometric Society, he donated his brain for study. It currently resides at the Mutter Museum in Philadelphia, where it is displayed during the American Osler Society’s annual meeting.

Over the course of his clinical career and for years thereafter, Osler’s name was used in the labelling of many diseases and symptoms which he identified or first described, as well as on streets, schools and other public buildings. His reputation outside of the medical profession was solidified in 1925, with the monumental, two-volume biography written by pioneering neuro-surgeon Harvey Cushing. This would be the standard work on Osler until the publication, in 1999, of Michael Bliss’s William Osler: A Life in Medicine. Professor Bliss, a long-standing member of the Royal Society of Canada until his untimely death last year, shone, like Osler, as a mentor: in Bliss’s case, to two generations of social, economic, and medical historians (including this author). 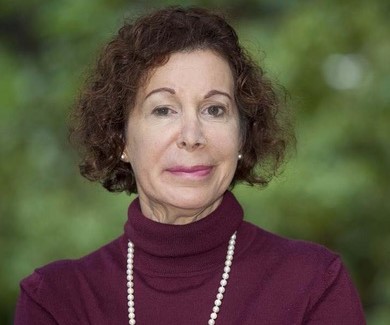