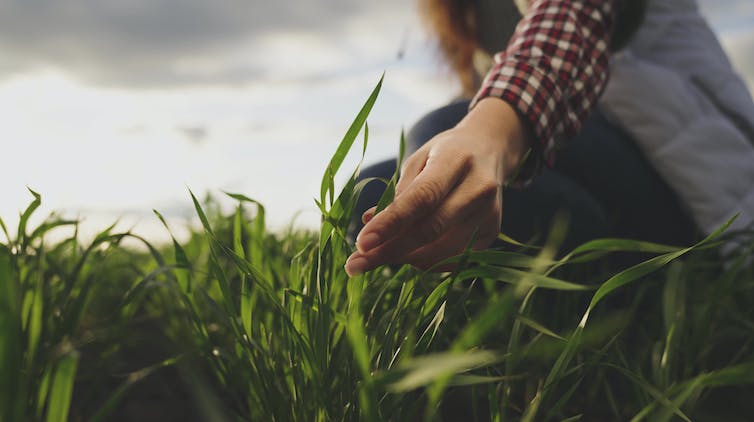 The key to unlocking the benefits of new agricultural technologies is to develop food systems where the waste products from one step become valuable inputs in another. (Shutterstock)

Globally, about one-third of all greenhouse gas emissions come from agriculture and food systems. The carbon footprint of food systems includes all the emissions from its growing, processing, transportation and waste.

Agriculture is also vulnerable to the effects of climate change and, as the conflict in Ukraine demonstrates, food systems can be exposed to geopolitics.

Several technologies are already available that can help decarbonize the complex systems that link producers and consumers. These technologies can also make our food systems much more resilient to global threats. Here are five that we think show tremendous potential.

Today, most of the greenhouse gas emissions linked with our food come from producing the food, and are emitted when the soils are plowed. This is important as undisturbed soils store carbon.

But with some relatively small changes to management, soils can once again become carbon sinks. For instance, planting legumes and forage crops every few years, rather than just growing commodities like wheat or corn, or seeding a cover crop in the fall, when fields would otherwise be bare, allow organic matter to build up and help the soil to absorb carbon. Not only does this help slow climate change, it also protects soils from erosion.

The idea that farmers can simply use more crop types may not seem technologically sophisticated, but it does work. And a new generation of smart farming tools, which includes farming equipment that uses big data and artificial intelligence, will soon help farmers adopt these practices that produce food and trap carbon.

These smart farming tools are part of a broader digital agricultural revolution, also known of as precision farming, that will allow farmers to reduce their environmental impact and track how much greenhouse gas their fields are capturing, creating a carbon ledger that documents their efforts.

Traditionally, it takes a lot of fossil fuels to turn nitrogen from the air into fertilizer. Additionally, it is challenging for farmers to put exactly the right amount of fertilizer in the right place, at the right time, for crops to use it efficiently.

Fertilizers are often overapplied, and not used by crops, ending up as pollution, either as as greenhouse gases or water contaminants. But a new generation of fertilizers aims to fix these problems.

Smart bio-fertilizers, use micro-organisms that are bred or engineered to live in harmony with crops and capture nutrients from the environment, providing them to the crops without waste. 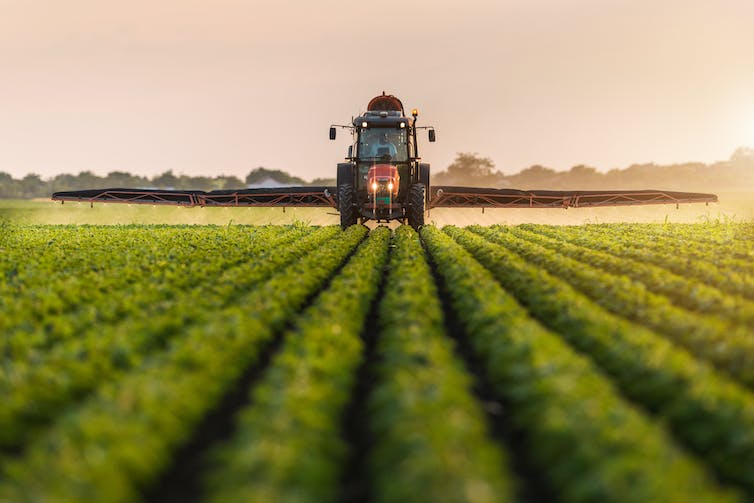 Smart bio-fertilizers that use micro-organisms to capture the nutrients from the environment can avoid the waste and pollution problems associated with conventional fertilizers. (Shutterstock)

Humans have used micro-organisms to turn sugars and starches into fermented products such as beer, wine and bread since the dawn of history. But before long, precision fermentation will be used to produce a great many more products.

For decades this technology has been used to create most of the world’s insulin and the enzyme rennet used in cheese making. The United States recently allowed animal-free fermented dairy protein — made by inserting milk-producing genes into microbes — to be used in ice cream, which is now available for sale. It is only a matter of time before products from precision fermentation become common place in supermarkets everywhere.

In the future, if fermentation micro-organisms are fed waste products (such as leftover “spent grains” from brewing or waste starch from plant-based proteins), farmers could create low-impact, high-value products out of organic material that would otherwise be wasted and decompose into greenhouse gasses.

While nothing beats fresh fruit and vegetables, picked ripe and eaten immediately, the sad reality is that most of the fresh produce eaten in Canada, northern United States and northern Europe comes from industrial farms in the southwestern United States or the southern hemisphere. The carbon footprint of this long-distance cold chain is large, and the quality of the produce is not always the best.

A new generation of vertical farms aims to change this by using energy-efficient LED lights to produce year-round crops close to home. These controlled-environment agricultural facilities use less water and labour than conventional farms, and produce large quantities of fresh fruits and vegetables on small plots of land. 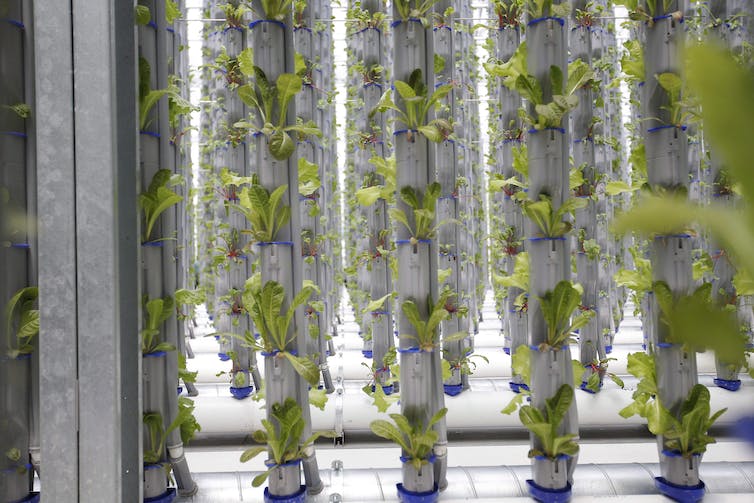 What’s more, these facilities are springing up all over North America and Europe, but especially in Singapore and Japan. While there is still considerable debate as to whether the current generation of vertical farms are better in terms of energy use, they are increasingly poised to use renewable energy to ensure a carbon-neutral fresh produce supply year-round, even in Canada’s North.

The manure from livestock facilities is challenging to manage as it can become a source of water pollution and greenhouse gas emissions. However, if livestock manure is placed in an anaerobic digester, it’s possible to capture the naturally occurring methane as a green natural gas.

Properly planned, biogas digesters can also turn municipal organic waste into renewable energy, thus giving agriculture the opportunity to contribute to a sustainable energy portfolio. This is already happening on farms in Ontario, where a new generation of biogas digesters are helping boost farm incomes and displace fossil fuels.

Similarly, if plant-based proteins, such as those that come from leguminous crops like peas, are produced on farms using regenerative agricultural techniques and processed locally, the leftover starches can be used for precision fermentation. While we are not aware of this process being done at scale, it potential sustainability benefit is huge.

Technologies to achieve a carbon-neutral, circular food economy are rapidly approaching maturity. It will likely only be a few years before the five technologies described above become mainstream.

Today, the world faces one of the biggest challenges of the century: how to nutritiously feed the world’s growing population, address climate change and not destroy the ecosystems on which we all depend for life. But we are on the brink of having the tools to feed the future and protect the planet. 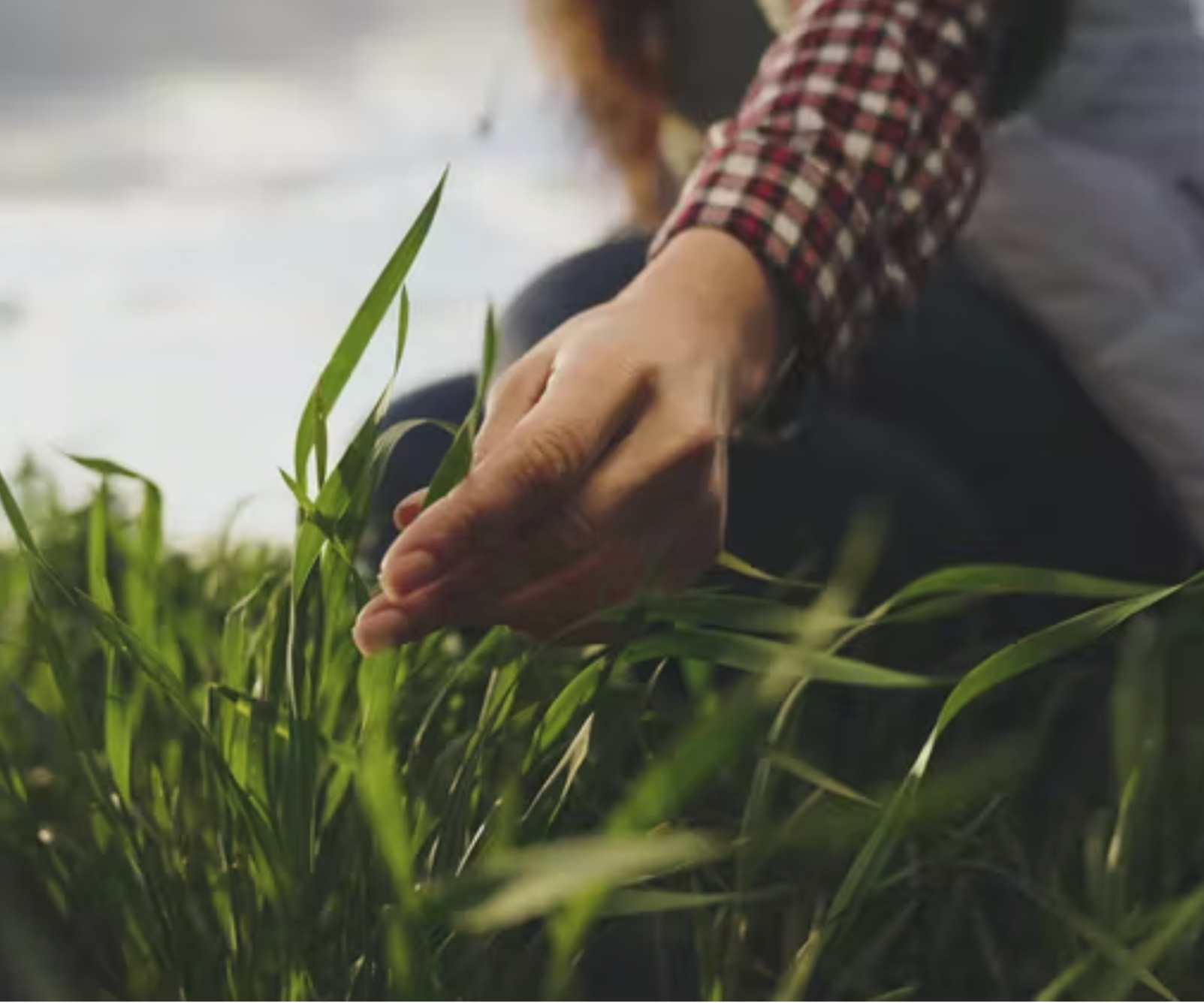