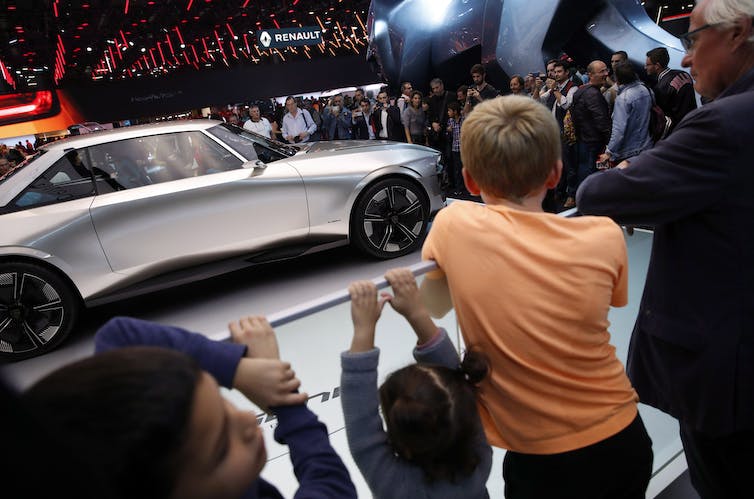 Visitors look at a Peugeot E Legend concept car on display at the Auto show in Paris, France, in 2018, where all-electric vehicles were among the stars of the show. (AP Photo/Christophe Ena)

To prevent the worst of climate change, we must increasingly buy zero-emission vehicles (ZEVs). Transportation accounts for one-quarter of Canada’s greenhouse gas emissions, and so our cars, SUVs, pick-ups and vans must be battery electric, plug-in hybrid electric or hydrogen fuel cell.

Fortunately, the auto industry already sells ZEVS. Unfortunately, the auto industry keeps convincing governments that an ambitious transition to ZEVs is impossible. This sad situation might change in Canada, but only if our politicians are as climate sincere as they claimed in the recent federal election. During the campaign, all major parties, including the Conservatives, made ambitious ZEV sales commitments.

The most obvious policy is the ZEV mandate, a requirement that automakers achieve minimum percentage ZEV sales in specific years. Québec and British Columbia already have ZEV mandates. But the minority Liberal government must adopt it nationwide to fulfil its election promise of 50 per cent sales by 2030 and 100 per cent by 2035.

The ZEV mandate has great potential as a transformative climate policy, but only if government fully applies it. Too often, I’ve heard industry reps and even public servants describe the ZEV mandate as a market-following policy, one that consolidates the gradual shift in consumer preferences toward ZEVs.

In fact, the ZEV mandate can and should be driving the market transformation. It does this by requiring a minimum percentage of ZEV sales and charging financial penalties to auto sellers that don’t comply. With this policy, there is no reason why Canada cannot achieve 50 per cent or even 75 per cent ZEV sales by 2030 — a target Norway reached this year.

I’ve heard auto industry representatives claim that an aggressive ZEV mandate is impossible in Canada because consumers don’t demand enough ZEVs and even if they did automakers could not shift production fast enough. But if the penalty is sufficient — say $20,000 for each gasoline vehicle sale that puts the seller into non-compliance — auto sellers will be incentivized to adopt a marketing strategy that accelerates growth in ZEV sales. How could they do this?

They could lower the higher purchase price of ZEVs with a subsidy from their more expensive vehicles. Vehicle sellers charge higher mark-ups on vehicles for which an increase in price won’t have as big an impact on sales — namely, consumers of expensive vehicles are less price sensitive.

For example, under the ZEV mandate, the purchaser of a $75,000 gasoline-fueled Porsche might pay $3,000 extra to help lower the price of ZEVs. They probably won’t notice since all sellers of expensive vehicles would have to do this.

Read more: Canada's federal election made big strides for climate and the environment

Indeed, it seems fairer that the subsidies to lower the purchase price of ZEVs come from the purchasers of expensive vehicles, most of whom burn climate-disruptive gasoline. Why should regular taxpayers, some of whom may not own a car, be tagged with most of the cost of accelerating ZEV sales?

A strong ZEV mandate also incentivizes vehicle sellers to aggressively market ZEVs — this should have started a decade ago. Watch a sports event today on TV and there’s a barrage of ads portraying young adults enjoying nature in their nature-destroying gasoline vehicle.

If vehicle sellers lose money when they sell gasoline cars, you’ll quickly see a shift to advertising that only promotes ZEVs. Doesn’t this make sense in a climate emergency? 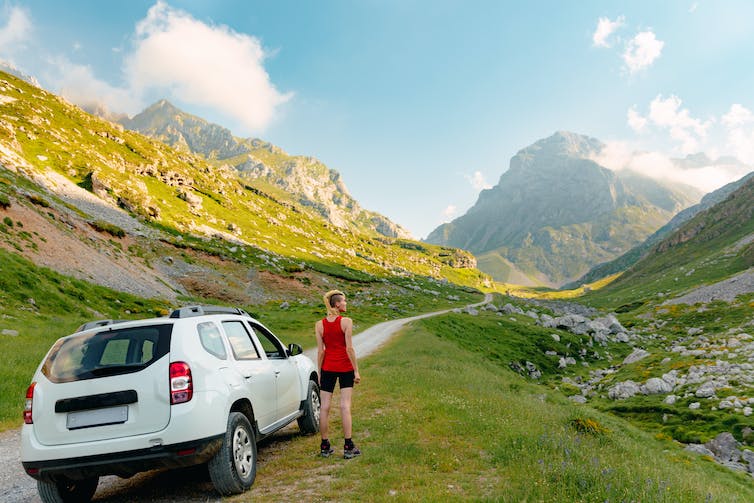 Images of nature are often used to sell gasoline-burning cars, trucks and SUVs even though these vehicles produce high levels of greenhouse gas emissions and other pollution. (Shutterstock)

Yet another industry argument is that we mustn’t be too far ahead of other jurisdictions. They’ve done so well with this argument that I’ve even heard a public servant claim an aggressive ZEV mandate would increase the price of electric vehicles.

If our strong ZEV mandate shows the auto industry where the puck is going, just watch how quickly the production and marketing strategies change. To validate the climate-sincerity they promised during the election, our federally elected politicians must act immediately. 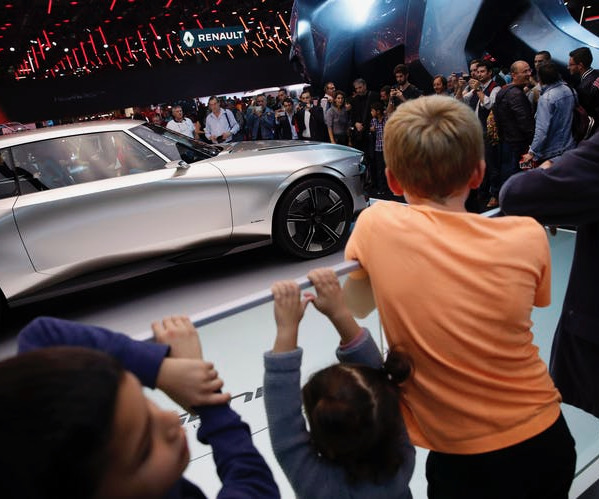