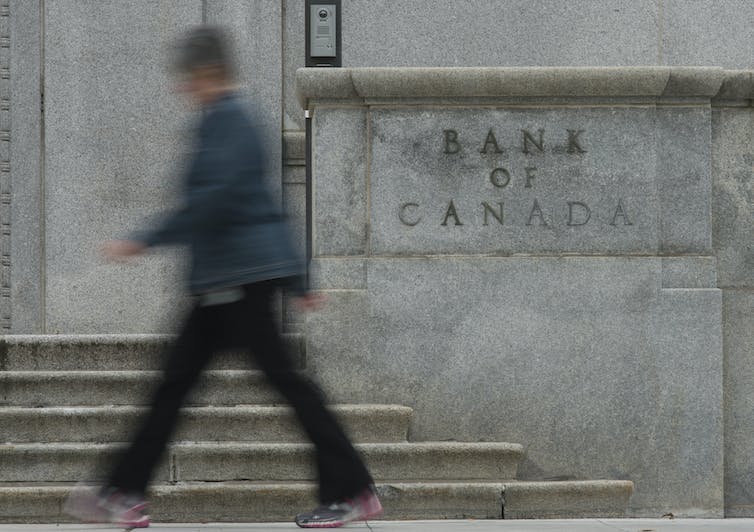 A woman walks past the Bank of Canada building in Ottawa in September 2017. THE CANADIAN PRESS/Adrian Wyld

The Bank of Canada, like central banks around the world, is currently facing enormous upheaval and uncertainty due to the enduring COVID-19 pandemic.

Will its leadership seize the moment as an opportunity to innovate and respond to the challenges ahead, including rising inequality and climate change? Or will it treat the present crisis as a temporary exception, hoping to return to business as usual once the pandemic recedes?

This spring, the bank released the results of its consultations with Canadians as part of its ongoing mandate review. This is an historic opportunity for our central bank and the federal government to make the bank work better for the Canadian people.

As academics specializing in philosophy and economics, and politics, respectively, we’d like to highlight two key themes that emerged in the Bank of Canada’s consultations with Canadians.

First, many Canadians are deeply concerned about the increasingly unequal distribution of wealth in this country — particularly by the way it has been driven by skyrocketing house prices. Second, some Canadians would like to see the Bank of Canada take the threat of climate change seriously as it plays its key role in ensuring price and financial stability.

How could the bank do better in tackling these two core problems — the scourge of rising inequality and the future shocks of climate change?

On inequality, there are many useful models around the world. Although Canadians like to think we’re more progressive than our neighbour to the south, American are actually well ahead of us in rethinking the role of their central bank.

The United States Federal Reserve’s recent shift towards what’s known as average inflation targeting, a strategy that seeks to balance inflation and growth over the medium term, gives it more flexibility to boost employment. 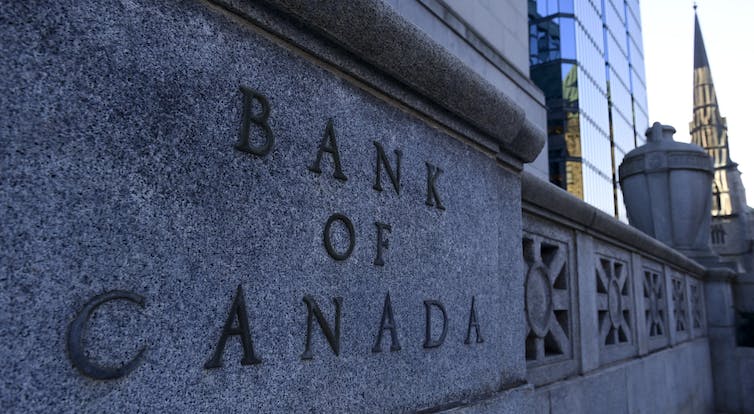 The Bank of Canada in Ottawa in December 2020. THE CANADIAN PRESS/Sean Kilpatrick

Such a strategy, if combined with a dual mandate of price stability and employment, would allow the Bank of Canada to pay more attention to the needs of all Canadians. The bank’s public consultations suggest there’s in fact considerable support for such a move.

While this would be a first and important step in modernizing the Bank of Canada’s mandate, we need to go further and take a more careful look at some of the policy tools that the central bank has been using in the last year.

Since the COVID-19 crisis took hold, the Bank of Canada joined other central banks in engaging in what’s called quantitative easing, initiating massive purchases of financial assets. As a result, its balance sheet has increased by close to 500 per cent since March 2020.

Such liquidity injections by central banks are clearly necessary. The question is how this liquidity should be injected.

Suppose your doctor prescribes you a drug that is known to have serious side effects. Wouldn’t you want her to look into alternative treatments? The experience with quantitative easing since 2008 shows that it has two serious side effects, both of which pertain to some of the core concerns of Canadians.

First, it exacerbates inequality. While the central bank may want to see a good portion of the injected liquidity used to stimulate real economic activity, this is not something it can control. Instead, a lot of the liquidity has ended up in stock markets and housing markets, benefiting wealthy asset owners and helping to push the cost of owning a house beyond the means of many Canadians.

Mark Carney, then the governor of the Bank of England, speaks at a news conference in December 2019. (AP Photo/Kirsty Wigglesworth)

As Mark Carney, then governor of the Bank of England, acknowledged in 2014, “the distributional consequences of the response to the financial crisis have been significant.” The same is true today.

Second, when quantitative easing includes buying corporate bonds, it facilitates access to capital markets for the firms in question. Central banks appeal to the idea of “market neutrality” and claim that an asset purchase that reflects current bond volumes on capital markets does not favour anyone in particular.

But in countries like Canada, when you buy a collection of corporate bonds compared to the outstanding bonds on the market, you inevitably reinforce the status quo with its many companies that have large carbon footprints. That slows the transition to a more sustainable economy.

Politics comes with the territory

Some will caution that independent central banks should not get involved with such deeply political issues. The answer to this is simply: It’s too late for that. Political decisions come with the territory of central banking today, and we’d better develop innovative policy instruments to reflect this reality.

Other central banks are adapting already. In December, the Swiss National Bank announced that its asset purchases will exclude all companies primarily active in coal mining. 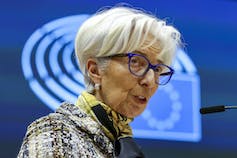 Perhaps more significantly, the European Central Bank has vowed to take a more active stance on climate change since Christine Lagarde has taken over as president.

Unconventional policies can also be used to alleviate — instead of exacerbate — inequality. One idea is to transfer money to citizens through so-called helicopter money rather than rely on institutional investors to transform quantitative easing measures into economic stimulus initiatives. The policy response to COVID-19, particularly the Canadian Emergency Response Benefit (CERB), actually provides an interesting blueprint for this.

The overall tone of the Bank of Canada’s consultations report seems to suggest that the institution is more comfortable with the status quo than with serious innovation.

But our central bank actually has a history of being an innovator in monetary policy. In 1975, it was among the first central banks to adopt monetarism, the practice of controlling the money supply to stabilize the economy. And it was the second to adopt inflation targeting in 1991, when it was still an untested approach.

To confront today’s many challenges, the Bank of Canada needs to rediscover that innovative zeal. 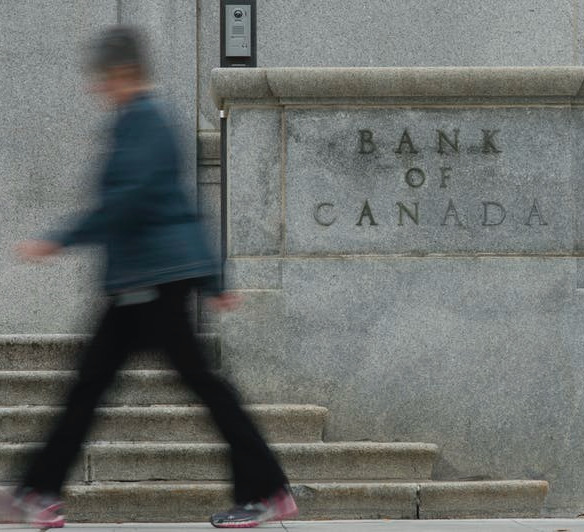