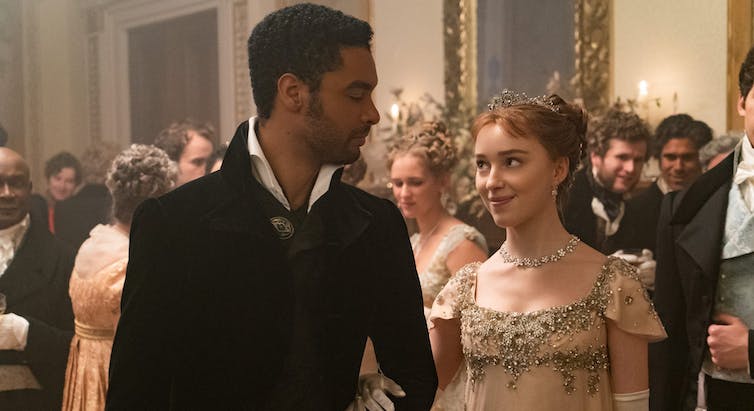 ‘Bridgerton’ tells the story of the courtship and marriage of Daphne Bridgerton and Simon Basset, Duke of Hastings. ( Liam Daniel/Netflix)

The show is inspired by the romance novel series by American author Julia Quinn set in early 19th-century England. In the hands of executive producer Shonda Rhimes, the showrunner behind the blockbuster TV series Grey’s Anatomy, and collaborator and creator Chris van Dusen, Bridgerton pushes the envelope in depictions of race, gender and questions of power and sexual consent.

The series tells the story of the courtship and marriage of Daphne Bridgerton and Simon Basset, Duke of Hastings, and the impact of their relationship on the family, friends, gossipmongers and well-wishers that swirl around them.

Black actors appear in leading roles in Rhimes’s Bridgerton, including Regé-Jean Page as the Duke of Hastings, and Golda Rosheuvel as the Queen of England.

The show has ignited discussion about British Royals’ possible African ancestry, and at the same time, the plotlines ignore or obscure the evils of colonialism, poverty and racism. All of these were rife in this historical time period, and continue to blight our own era, as I chronicle in my book, The Regency Years, During Which Jane Austen Writes, Napoleon Fights, Byron Makes Love, and Britain Becomes Modern.

The result is that Bridgerton is an escapist and deeply seductive fantasy (some Black commentators suggest one that particularly white people will love) of a society that combines elegance and passion with racial equality. This is the case even while the show with its inclusive approach to casting suggests new ways to challenge Eurocentric stories or who accesses the resources and markets associated with them.

The series doesn’t tell us a great deal about what life was really like in England in 1813, the year the series is set, but is rather a fairy-tale that on some levels challenges perceptions of race, gender and sexuality. Bridgerton is part frothy romance, part call to action.

Bridgerton is set in 1813, thus placing it in the historical epoch known as the Regency, which extends from February 1811 to January 1820. It is perhaps the most extraordinary decade in all of British history, and it marks the dawn of the modern world.

The term “Regency” often calls to mind a certain style of British furniture, art, architecture and fashion. But Regency is originally a political term used to describe when a person was appointed to administer the affairs of the country during the minority, absence or incapacity of the sovereign. There have been scores of regencies in monarchies globally. England has had more than a dozen.

Its most famous Regency, though, and the backdrop for Bridgerton, began when madness had finally cast King George III into darkness, clearing the way for the Regency of his dissolute eldest son, George, Prince of Wales, who ruled Britain as Prince Regent until George III died and the Regent became King George IV. 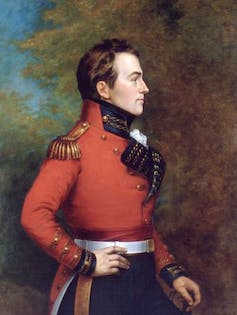 For England, this era witnessed major events such as the War of 1812, the Luddite Riots and the Peterloo Massacre, during which 11 people were killed in a Manchester demonstration where protesters demanded political reform and the right to vote.

Most decisively, there was the British and allied victory over Napoleon at the Battle of Waterloo in June 1815.

It was also a time of artistic and literary flourishing: Jane Austen published all six of her novels of courtship and romance in the Regency, including Pride and Prejudice, which appeared in 1813.

In its dreams of freedom, its embrace of consumerism and celebrity culture, its mass protests in support of social justice and its complex response to the burgeoning pace of scientific and technological advance, the Regency signals both a decisive break from the past and the onset of the desiring, democratic, commercial, secular, opportunistic society that is for the first time recognizably our own.

Much of the plot of Bridgerton is indebted to the preoccupations, pressures and privileges of Regency aristocratic society.

Duels were common and sometimes deadly. People from across the social classes flocked to the theatre. There was a fixation with dress and appearance. Gambling was a mania. Sports played a leading role in the lives of many women and men.

In Bridgerton, the Duke of Hastings spars frequently with Will Mondrich, a Black boxer and confidante of the Duke’s, who is perhaps modelled on Thomas Molyneaux, a freed black slave from America, and a formidable Regency prizefighter. 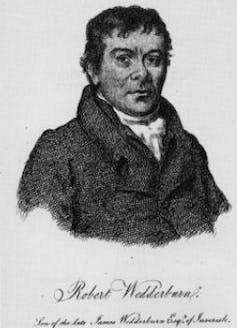 Robert Wedderburn, author of ‘The Horrors of Slavery.’ (Wikimedia Commons), CC BY

Bigotry was deeply ingrained in the Regency, and fuelled the violence and colonial greed of Britain’s so-called “civilizing mission” across the globe.

In 1807, Britain declared the slave trade illegal, and during the Regency abolitionists like William Wilberforce and Thomas Clarkson worked tirelessly to ensure that every effort was made to enforce the new legislation, and that support grew for the abolition of slavery itself, which finally became law in 1833.

The most important Black writer of the Regency was Jamaican-born Robert Wedderburn, the illegitimate son of Rosanna, an African-born slave, and James Wedderburn.

In the midst of government crackdowns on the impoverished and disenfranchised, Wedderburn declared in 1817 that “The earth was given to the children of men, making no difference for colour or character.”

Sexuality was frequently on display in the Regency. The period marked the brazen culmination of the 18th-century tradition of libertinism, and was the last great huzzah for rakes — men who had sexual relationships with a lot of women — before the sobering and much stricter mores of the Victorian era.

Bridgerton frames sexual conflict in ways that reflect the immense pressure on aristocratic women to remain chaste, a burden brought clearly into view in the Regency era thanks in large part to authors like Austen and Mary Shelley.

Bridgerton’s most controversial scene evokes highly contemporary questions. Daphne and her new husband, the Duke of Hastings, engage in non-consensual sex, with Daphne as the aggressor.

Before their marriage, the Duke has told Daphne he cannot have children. She soon learns that he can, but just will not. Determined to become pregnant, she retaliates. In the book, the Duke is drunk during sex, in the Netflix series he is not.

Neither the novel nor the film addresses the implications of Daphne’s actions directly. But the issue of consent is foregrounded in both instances.

Canadian writer Sharon Bala notes that “by rendering a more nuanced version of events than pop culture usually offers, Bridgerton forces an important conversation about the grey zone in which so many real-life encounters exists.”

At a time when Meghan Markle has been driven to California after being bombarded in 2019 with 5,000 racist and abusive tweets in two months, and the fallout from #MeToo disclosures and prosecutions still preoccupies our society, Bridgerton raises pointed questions about who we want to be now. 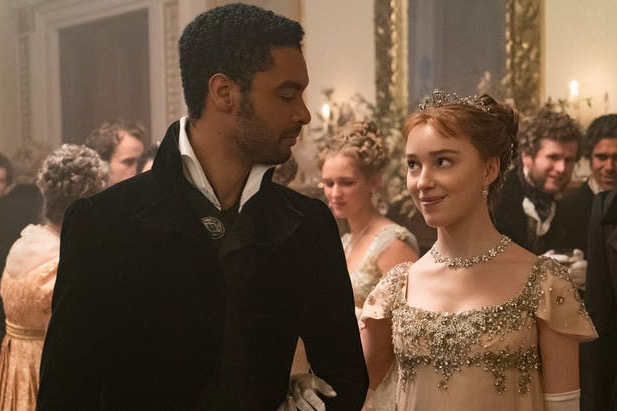