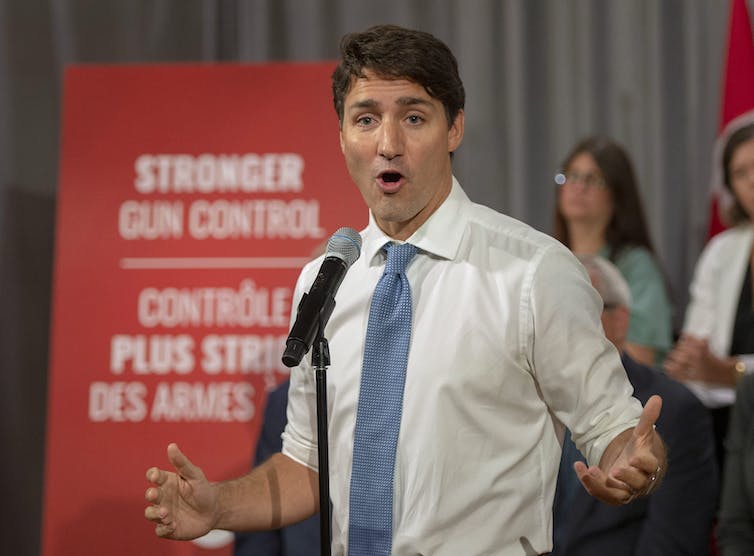 Liberal leader Justin Trudeau speaks to the media after a discussion on gun violence and gun control in September 2019 in Toronto. THE CANADIAN PRESS/Ryan Remiorz

Gun control has been a heated political issue in Canada since the late 1970s, and the major federal parties all mention firearm policy in their 2021 election platforms.

The NDP offer nothing substantial. The Liberals commit to strengthening efforts to ban many assault-style rifles, while handing some authority to provinces to regulate handguns. The Conservative Party promises to crack down on gang crime, while weakening some firearm policies criticized by the gun lobby.

Canadian laws pertaining to firearms are complicated, having developed over decades. Many of the parties’ 2021 gun policy platforms, however, respond to the policies introduced or proposed by Justin Trudeau since he was elected prime minister in 2015.

In 2019, his government passed Bill C-71, which made modest regulatory changes, such as enhanced background checks and requiring vendors to keep records of all firearm transactions. Despite the modesty of Bill C-71, the gun lobby fiercely opposed it.

Even more controversial was the Liberal decision in May 2020 to prohibit many models of assault-style rifles (as well as a smattering of other kinds of guns). This banned at least 150,000 weapons already owned by Canadians, though the government allowed gun owners to retain these firearms pending further legislation. 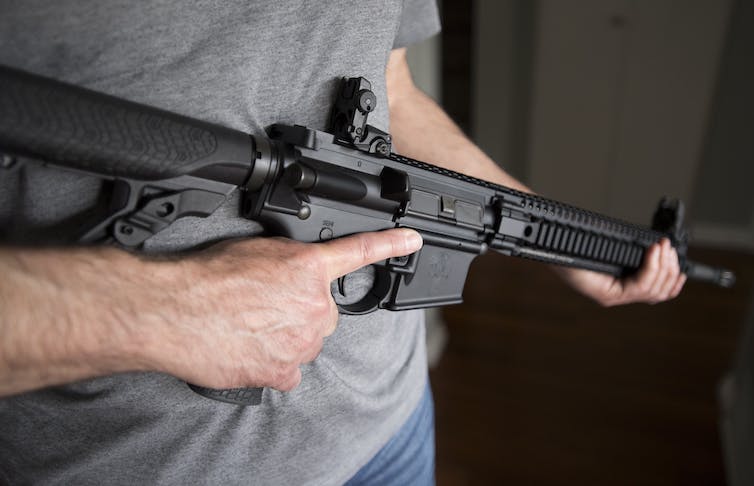 A restricted gun licence holder holds an AR-15 at his home in Langley, B.C., in May 2020. THE CANADIAN PRESS/Jonathan Hayward

The 2020 prohibition sparked the fury of the gun lobby, and resulted in several ongoing lawsuits.

In February 2021, the Liberals introduced another gun control bill, Bill C-21, that proposed allowing municipalities to regulate handguns, creating a new “red flag” regime to remove firearms from people who posed a danger to themselves or others, prohibiting many replica firearms and creating an optional buy-back system for weapons prohibited in May 2020.

Heavily criticized as too weak by many gun control advocates, Bill C-21 did not become law prior to the election.

The New Democratic Party barely mentions gun control in its 2021 platform. The NDP says it will support anti-gang initiatives and discourage violent extremism. 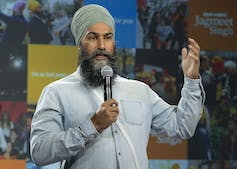 The NDP also notes that it will “work to keep assault weapons and illegal handguns off our streets, and to tackle gun smuggling and organized crime.” This vague statement provides little sense of what concrete steps the NDP would take.

The Liberal Party pledges to defend the gun control policies put in place since 2015. Importantly, the Liberals will require owners of assault-style rifles to sell their guns to the government for fair compensation or to have them “rendered fully and permanently inoperable at government expense.”

This promise responds to criticism that Bill C-21 had proposed only a voluntary buy-back of these guns. The Liberals also propose tightening the rules limiting the capacity of rifle magazines to five rounds.

The Liberals have resurrected some ideas first proposed in Bill C-21 in their 2021 platform. Most notably, they promise funding to support provinces or territories that implemented handgun bans. Gun control advocates had criticized this proposal, saying it would create a patchwork regulatory system of gun laws, and would represent an abrogation of the federal government’s responsibility to control firearms.

The Conservative Party accuses the Liberals of “harassing hunters and sport shooters,” and says that Ottawa must focus on gang violence. 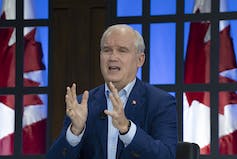 The Conservatives, for example, promise to hire RCMP officers to combat gangs and gun smuggling.

The party also promises to target “straw purchasing” — the legal purchase of guns that are then transferred to unlicensed people. And the party promises to increase punishments for some crimes involving firearms.

The Conservatives also include proposals that respond to gun lobby complaints. Conservative Leader Erin O’Toole courted the gun community in his party leadership bid, and the party promises to review existing firearm laws with the participation of “law enforcement, firearms owners, manufacturers and members of the public.”

This suggests that gun lobbyists and manufacturers would be consulted in shaping future firearms policy. The party pledges to repeal Bill C-71 and reverse the ban on assault-style rifles. Firearms like the controversial AR-15 and the gun used by the perpetrator of the 1989 Montréal Massacre, the Mini-14, would again be legal.

Read more: A short history of the AR-15 in Canada

Of note, the Conservatives will introduce a “simplified classification system” for firearms. This would make semi-automatic rifles much easier to acquire and use.

The restrictions on many firearm models introduced by the Progressive Conservative government of Brian Mulroney and the Liberal government of Jean Chrétien would be repealed.

The vice president of the Canadian Coalition for Firearm Rights declared that she was “not entirely sure if people realize how hugely positive this would be for our community — it’s big, and welcomed.”

In sum, the NDP largely avoids the gun control issue.

The Liberals double down on measures to limit ownership of assault-style rifles, while offering to offload some responsibility for regulating handguns to the provinces.

The Conservative Party, meanwhile, would substantially alter gun laws and make many assault-style rifles as available as they were before the 1989 Montréal Massacre. 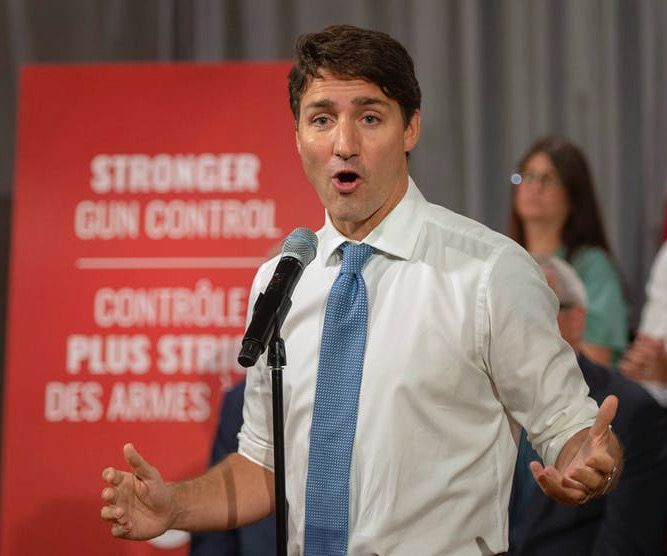