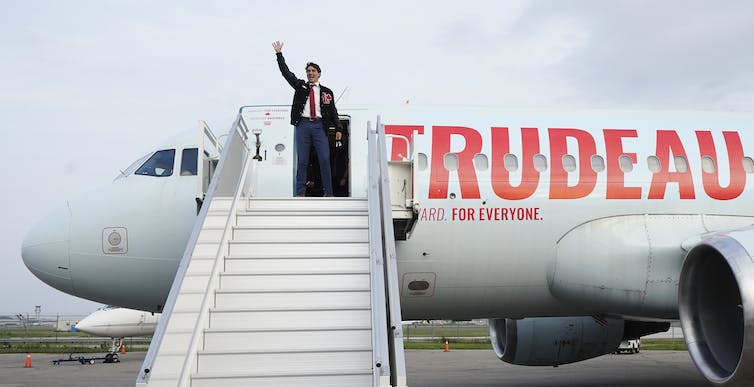 The claim: Justin Trudeau says that the 2021 Canadian federal election might be the most important election since 1945.

The verdict: This election is important for Trudeau’s political legacy.

All political leaders, particularly heads of government, seem to have a habit of proclaiming that any election they are contesting is the most important in recent memory. Moments after the governor general agreed with his request to dissolve Parliament, Trudeau went even further, claiming that the 2021 election is “maybe the most important since 1945 and certainly in our lifetimes.” Is he right?

The 2021 election is certainly important for Trudeau’s political career. Going to the polls two years earlier than the fixed-date election law required — and in the midst of the COVID-19 pandemic — Trudeau is gambling that voters will give his Liberal party a majority government. Being returned with another minority would be interpreted as a failure, and could stir disgruntlement in the ranks.

Trudeau has been prime minister for nearly six years. If he is returned with another minority, his time in office will be comparable to notable Canadian prime ministers like Robert Borden, Louis St. Laurent and Brian Mulroney. However, frustrated Liberals might agitate for a change of leadership, and his grip on power will be constrained by Parliament.

If he wins a majority, he’ll serve at least as long as Stephen Harper and Jean Chrétien. He would oversee a potentially transformative period in government, and would increase his chances of leading the Liberals in future elections.

Choosing the 1945 election as a comparison to 2021 is curious. In 1945, Prime Minister Mackenzie King called for a stable Liberal majority government. Yet voters were nonplussed, reducing the Liberals to a minority; King even lost his own Saskatchewan seat. The Trudeau Liberals probably picked the 1945 campaign as a benchmark because it fits their narrative of rebuilding after a major global crisis.

Since 1945, there have been a smattering of elections of enormous consequence to public policy in Canada. The elections of 1963 and 1965, which saw Lester B. Pearson preside over Liberal minority governments, marked a period of transformative change.

Universal health care, the Canada Pension Plan, student loans and the Canadian flag were ushered in. Minority government meant all of this was a result of bargaining with opposition parties.

The 1980 election was also pivotal, because if Pierre Trudeau hadn’t formed a government again after the Joe Clark interlude, the Canadian constitution would not have been patriated in 1982 and we would not have a Charter of Rights and Freedoms. The 1988 free-trade election stands out for its singular-issue focus. That contest was dominated by whether Canada should enter into a trade agreement with the United States that was the precursor to the North American Free Trade Agreement (NAFTA). 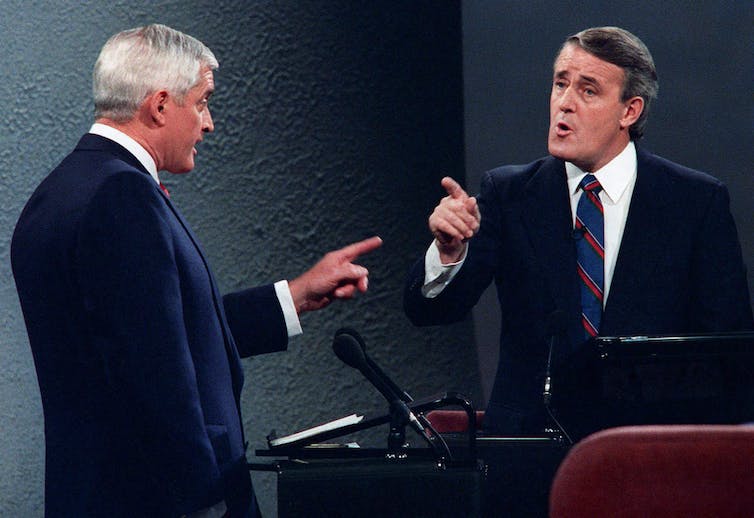 Liberal leader John Turner and Conservative leader Brian Mulroney square off during a debate in the 1988 federal election campaign that was dominated by a potential free-trade deal with the United States. THE CANADIAN PRESS/Fred Chartrand

There are also times that election results upend norms of party competition. The 1957 election was a stunner. The Progressive Conservatives led by John Diefenbaker knocked the Liberals out of office after 22 consecutive years, and the following year won one of the biggest landslides in Canadian history.

Political scientists routinely refer to the 1993 election as an earthquake because two established national parties were displaced in favour of two regional parties. The federal party system was shattered with the ascent of the Bloc Québecois to become the official opposition, closely followed by the popularity of the Reform Party in Western Canada, and combined with the thumping of the PCs and the New Democrats.

To some extent, the 2008 election is a good comparison with the 2021 one. Stephen Harper ignored the fixed-date election by holding a snap election in the hope of obtaining a majority. That campaign occurred in the midst of the global economic crisis that saw housing prices collapse, the stock market plunge and American financial institutions teeter on bankruptcy.

Six weeks after being returned with a larger minority government, the Conservative government nearly fell over a fiscal update that triggered a coalition crisis, a political reckoning that set in motion massive government spending to stimulate the economy. 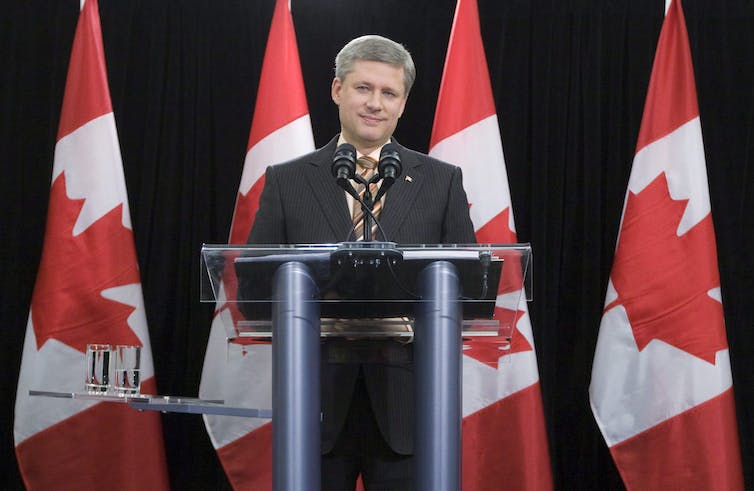 Stephen Harper takes questions during a media availability in Calgary in October 2008 after winning a minority in the federal election. THE CANADIAN PRESS/Jonathan Hayward

Yet the financial crisis did not affect all segments of society, emphasizing the fact that nothing has been seen on the scale of the pandemic since the Second World War.

As it turns out, the 2019 election was crucial.

Read more: Justin Trudeau's political setback: A surprise to the world, but not to Canada

Although COVID-19 had not yet emerged, the instalment of a Liberal minority government led to massive public policy initiatives in response to the pandemic, and put the prime minister at centre stage as the government’s main spokesperson during a formidable public crisis that has affected all Canadians.

It will take years before we can assess the validity of Trudeau’s rhetoric about the importance of the 2021 election. Nobody has a crystal ball to foresee what the government will do in the coming years. But one thing seems certain: this election is vitally important to Trudeau’s political legacy. 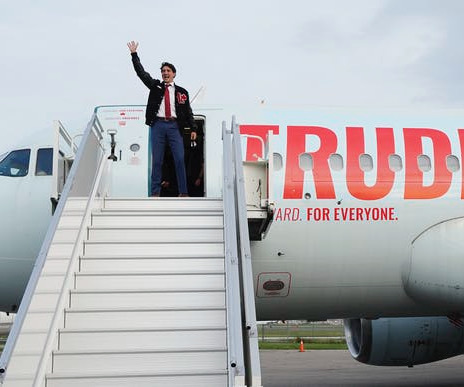