Accueil / Too busy for the PTA, but working-class parents care 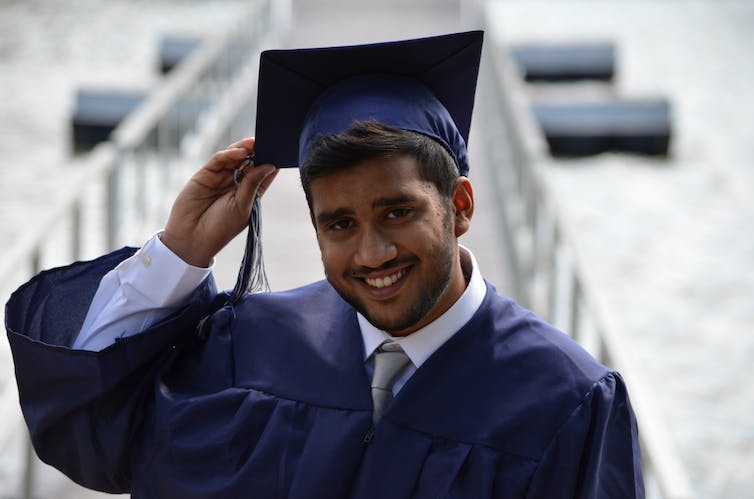 There is a persistent perception among public high school administrators and staff that working-class immigrant parents are disinterested and uninvolved in their children’s education.

Parental engagement in schooling globally has been seen as increasingly crucial over the last 15 years. The Ontario Ministry of Education has emphasized its importance for student success.

One Ontario report says it is especially important “to engage parents who have been marginalized for reasons such as language, poverty, lack of familiarity with the education system, etc. These students benefit the most from parents’ participation in their learning.”

To explore this issue, we attended weekly social studies classes with Grade 12 students at a small suburban high school in Toronto. We wanted to find out what the students felt about their parents’ involvement in their school and their parents’ role in their educational journey.

The school resides in a neighbourhood that is a new destination for many immigrant families seeking a “better life” and enhanced opportunities for their children. The majority of the students — about 70 per cent — are South Asian while 20 per cent are Black and the remainder mostly white.

Fostering parental involvement is the source of some significant concern. At the school we visited, administrators called a meeting with parents and teachers to discuss the strategic development of the school. As they have with other initiatives, the school engaged the services of South Asian interpreters with the hope that this would increase attendance. Most of the teachers were there. No parents attended. 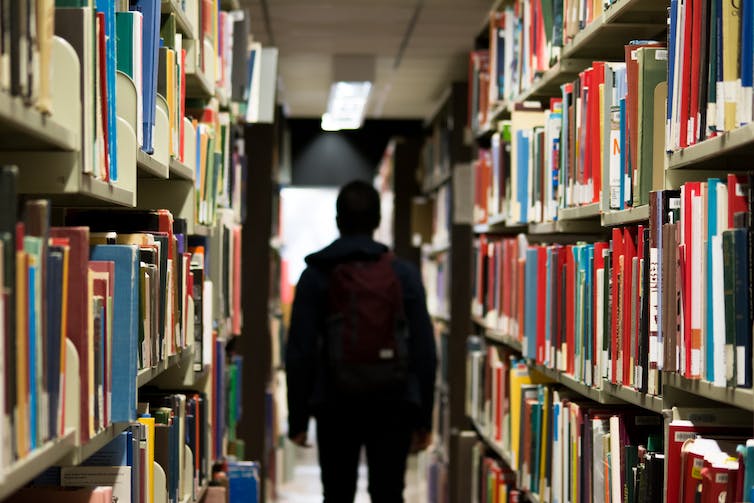 As our research unfolded, however, we heard from students that parents were actually very involved when it came to students’ academic achievements. During our study, both the parent-teacher night and university information session the school held were very well attended.

The discrepancy between perception and reality hinges on the definitions of what “involvement” means and looks like.

Educators’ understanding of what constitutes “parental involvement” is likely grounded in privileged middle-class values and expectations.

Besides engaging with students in the classroom, we also held a number of focus groups in which we discussed their experiences in school, in their community and in their families. The students passionately defended their parents’ perceived lack of school involvement saying that they had “no interest” in having their parents show up at their school.

To widespread agreement, one student — reading the practices of white parents as rooted in middle class values — asserted that parents’ involvement in school councils and other events was “what white parents do.” 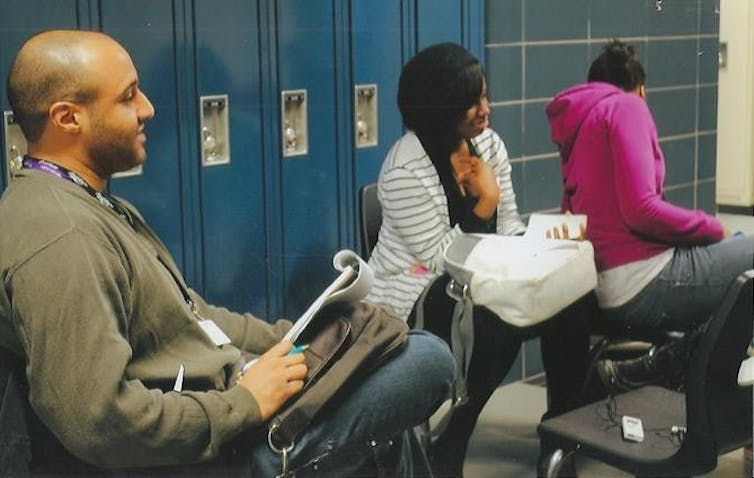 Another added, referencing the other neighbourhood high school from which she transferred:

“That’s like the white parents and stuff at [the neighbouring school]. Their parents were really involved. They’d be in the school and stuff.”

According to these students, their parents’ physical absence from school activities was because they did not see their presence as relevant to their children’s academic successes. As one student quoted his father saying: “If everything is OK, why would I go to your school?”

Their parents, the students explained, were very involved when it came to emphasizing academic achievement.

Many of the students believed that their parents’ level of involvement in institutional matters was due to work and financial necessity. One student said:

“It all goes back to time. They’ve got their own things to do. They work. They’re working people and a lot of the women work too. So now, it’s both parents working late-night shifts, early shifts. They get tired by the end of the day and it’s like OK, I want to come home.”

Another revealed that her mom worked two jobs. Another student said:

“Back in India my dad was an engineer, but here he drives a truck, like all Indians.”

While the students’ parents were not “serving on school councils, meeting with teachers, and volunteering in the classroom or on school trips,” as the Ministry definition of parent involvement reads, they fully understood the value their parents placed on education. This was evident in the students’ discussion of their parents’ expectations about their grades and future careers. 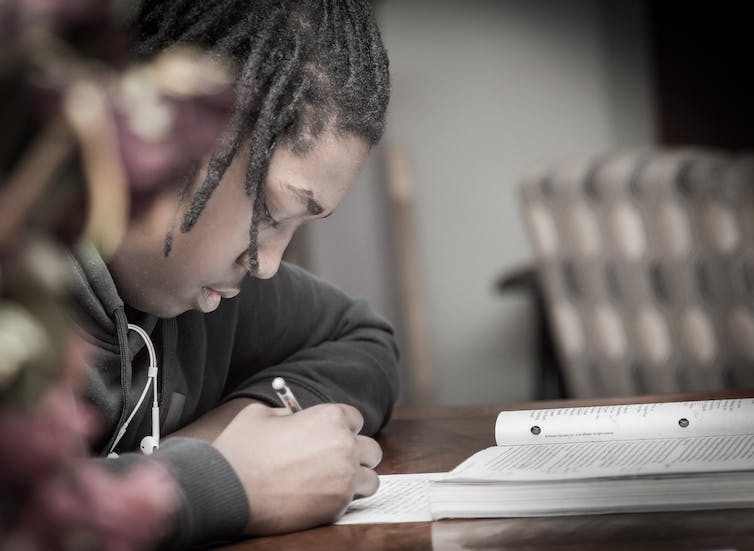 Students said their parents expected them to do well in school. Wadi Lissa/Unsplash

They maintained that their parents placed significant pressure on them to do well and the few students who claimed such expectations were not placed on them were told they were “lucky” and that their situation was “not normal.”

They emphasized that parents expected them to attend university (rather than college). One male participant claimed:

“For Indians, your choices are lawyer, doctor, engineer.”

While not everyone shared their parents’ particular career aspirations, they nevertheless took seriously their obligation and responsibility to their parents because of the “sacrifice” their parents made to provide for them.

Writing about educational policy in Britain, sociologist Diane Reay indicates that this “political preoccupation” with parental involvement is related to a shift towards neoliberal rationalizations of education. She suggests that, “this seeming empowerment of parents as partners in their children’s learning is, in effect, a delegation of work previously undertaken in the school.”

The implied message is that “good” parents support their children by actively participating in all aspects of their schooling whereas “bad” parents do not. Rather than benefiting students, Reay suggests that the focus on parental involvement increases “levels of stress and anxiety for all parents” at the same time as exacerbating already existing “inequalities of gender, race and social class.”

The students’ parents demonstrated that despite the economic costs, they were willing to relocate to ensure the welfare of their children. As such, as one young man recalled:

“We used to live in a pretty bad area … and so now we moved to get away from it and my parents moved to …the whitest area you can find. There’s only me and this other girl, the only Brown people on our street. So, I think that’s my parents’ way of getting away from all the violence.”

In their new neighbourhood, parents hoped that their children would be able to attend “a good school” that would adequately prepare them for educational, occupational and career opportunities. At home, parents pressured their children to work hard, get good grades and avoid trouble.

That they fail to see the value in becoming formally involved in the day-to-day operation of the school, points less to some deficiency on their part, or even to barriers to participation, and more towards the need for schools to consider meaningful alternatives for parental and community engagement.

Efforts must be made to recognize and adapt to the community contexts that influence students’ lives and aspirations, to “ordinary life interactions, events, and settings with family, friends and at school.”

An understanding of the cultural structures that inform the family situation is imperative if schools are to build a beneficial relationship with parents and their children. 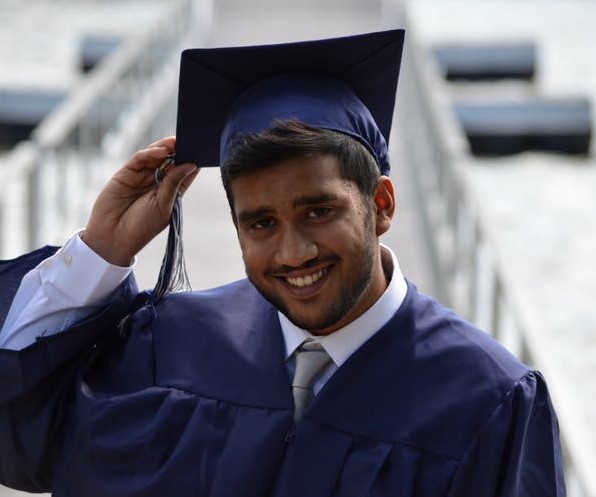