When European settlers began arriving to eastern North America in the 16th century, they were met by staggering numbers of seabirds.

One of the world’s most abundant is the Leach’s storm petrel, which forages at sea during the day. At night, after the birds had returned to the breeding colony en masse, the settlers would likely have heard a cacophony of witch-like cackling.

In the French archipelago of St. Pierre and Miquelon, just off the southern coast of what is now known as Newfoundland, these sailors noted an enormous colony of storm petrels. They described the vast flocks as “colombiers,” the French term for the pigeon houses common in Europe at the time, and named the island Grand Colombier.

Seabird colonies like these are especially vulnerable to human activities, and are thought to be in rapid decline today. But the scientists who are trying to conserve species at risk of being lost are often left asking, “How have these populations been changing?” and “What is natural?”

The situation is further complicated in that only about 19 per cent of seabird species have been adequately surveyed to reliably estimate recent population trends. For the storm petrels, lake mud — and bird poop — may provide answers.

When the French settlers arrived, some tried harvesting the birds for food, but found they were disappointing menu items, calling them “worth nothing to eat.” Instead, these oily seabirds were sometimes used to make candles.

Human interference with storm petrel colonies didn’t stop there. With industrialization and human expansion, storm petrels had to contend with a variety of other impacts causing their numbers to decline.

Anecdotal evidence notes that rats escaping from a nearby sunken ship reached Grand Colombier Island and had “a heyday among the hatching eggs and nesting birds”. These days, light pollution disrupts migratory routes and interactions with offshore oil platforms are other factors causing seabird numbers to dwindle.

By current estimates, the global storm petrel population has declined by over 30 per cent since the 1980s.

But because storm petrels weren’t surveyed before humans began to interfere with their environment, it’s impossible to know just how big the colonies once were. We had to find other ways to reconstruct past seabird populations.

Our lab looked to the sediments at the bottom of lakes that have been collecting feces and other debris left by nesting seabirds, layer by layer, for thousands of years.

Storm petrels are destructive house guests. When they breed, they build burrows for their chicks on remote islands. In their wake, they leave behind feces, uprooted vegetation, eggshells and feathers.

When it rains, this material is washed over the landscape, some of which drains into lakes and ponds. As such, the lake sediments archive a library of information tracking past seabird populations as they slowly accumulate, preserving an environmental history, 24 hours a day, seven days a week.

We knew the waste of storm petrels was acidic, rich in nutrients and very high in cadmium and zinc. We reasoned that if the storm petrel colony increased in size, the environment — and by extension the sediments — would contain evidence of higher acidity, nutrients and metals. If the colony size were to decline, we would expect the opposite trend. Using these principles, we could use sediments as a time machine going back in time to understand past seabird population trends.

To be successful, our work had two prerequisites: lots of seabirds and a lake near the colony. We decided on Grand Colombier Island. Based on limited monitoring data, we believed this colony was stable, with about 300,000 storm petrels in 2011. Most other colonies in the world are declining.

So, what makes Grand Colombier different? Why is this colony stable when others are in decline? By going back in time, we hoped to find clues that would help conserve storm petrels here and elsewhere.

Armed with a boat and sediment corer, our team made their way to the seabird’s islands to access our time machine.

To say that we were surprised by the results would be an understatement.

From the 5,800-year sediment record that we recovered, it was clear the storm petrel population was not always stable. In fact, the colony naturally fluctuated, with distinct peaks in size about 2,700 years ago and again about 740 years ago. Clearly, large seabird colonies have fluctuated in size, even before humans interfered.

More strikingly, the population crashed at the start of the 19th century, coinciding with European settlement — and the onset of seabird candle-making, rat infestations and increasing boating traffic. Although, on the surface, the colony appeared to have been stable since the 1980s, it is now only 16 per cent of what it may have been before European arrival.

What about other species?

Realizing that the current population of storm petrels is only a fraction of its past size addresses a systemic issue in conservation biology, namely something scientists call “shifting baselines syndrome.” Specifically, how do we set realistic conservation goals if we don’t know the size of natural populations before humans had a significant impact on their size?

There is a long road ahead to reverse species declines, but an important first step is to have a better understanding of the temporal context of past changes, as well as the magnitude and timing of any modern declines. 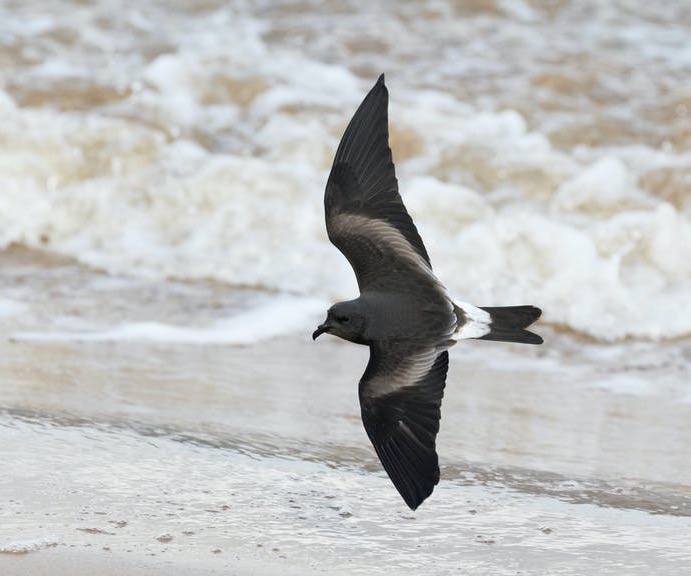