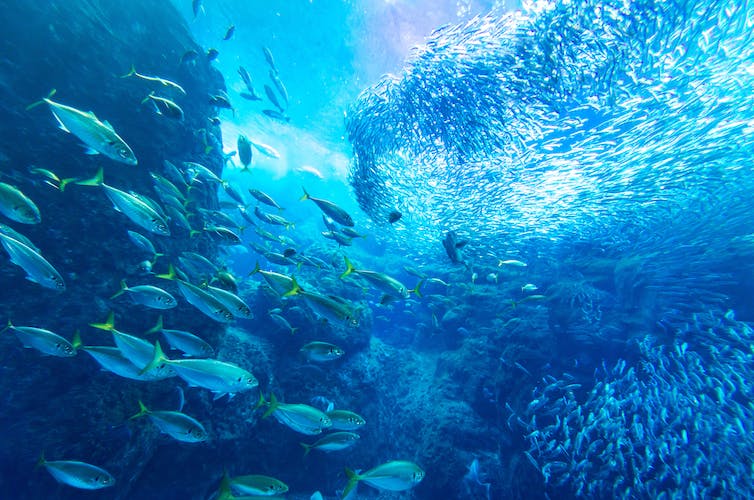 Fish stocks are in decline around the world, in part because of the way we value nature and fail to account for their long-term benefits. (Shutterstock)

Editor’s note: This story is part of a series that also includes live interviews with some of Canada’s top social sciences and humanities academics. Click here to register for this free event, on May 25, at 1 p.m. EDT, co-sponsored by The Conversation and the Social Sciences and Humanities Research Council.

Indigenous Elders recently shared their dismay about the unprecedented decline in salmon populations in British Columbia’s three largest salmon-producing rivers. Research produced by my team found that the Coho salmon catch off the southern B.C. coast has declined to only about five per cent of the peak catch, which dates back to the early 1900s.

The decrease in fish stocks is a global problem. Cod stocks off Newfoundland, pilchard along the coast of Namibia, spring-spawning herring off Norway and sardines off California have all collapsed in the past five decades or so. Globally, more than 100 million tonnes of fish are plucked from the ocean each year, equivalent to over 100 million mature cows in weight!

These depletions are partly due to the way we value — or rather don’t value — nature. The inappropriate valuation of the goods and services nature provides us with is a fundamental reason why we have failed to take good care of the ocean and the environment at large. It is undermining humankind’s ability to achieve what I call “infinity fish”: passing on a healthy ocean to our children and grandchildren so they too can have the option to do the same.

When it comes to fish, some economists say all will be fine if we just get “the price right.” I say get the value and valuation right and we will be in a better position to live in harmony with nature. Assigning the correct value to fish will help societies assess the long-term cost of depleting the ocean of too many fish, too quickly, in too many parts of the ocean. 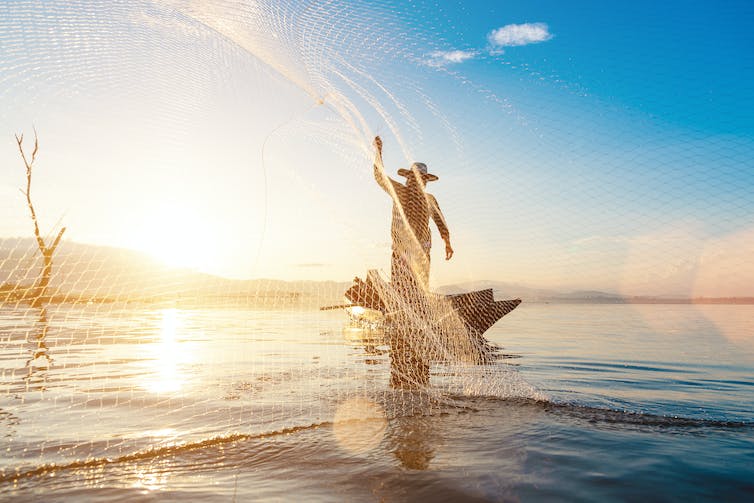 Marine fisheries are vital for the livelihoods of tens of millions of people worldwide. They contribute directly and indirectly to the food and nutritional security of billions by delivering seafood and generating tens of millions of jobs and incomes, especially in the least developed coastal countries of the world, where the ocean supplies up to 20 per cent of the animal protein people consume.

Wild fish stocks are a renewable resource that can continue to provide food and livelihoods to people forever — if they’re used wisely. Mathematically, anything that continues to provide a positive gain, no matter how small, will add up to infinity.

No one wants a dead ocean. To avoid that, we need to adopt an infinity fish way of thinking: a proper and complete valuation of the full range of the ocean’s benefits — seafood, carbon sequestration, recreation, culture, heat absorption — beyond what we sell in the market.

A key challenge to economics is how to value benefits from marine ecosystems in a comprehensive manner and in a way that captures their long-term diverse values. We have to meet this challenge if we are to have any chance of achieving infinity fish.

A key obstacle to achieving infinity fish is that, as humans, we tend to view anything close to us, both temporally and spatially, as large and weighty, while we give little or no importance to anything more distant. This tendency, which is partly captured by the economic concept of discounting, has been a big stumbling block to our ability to live in harmony with nature.

Essentially, discounting, which reduces benefits to be received in the future to its value today, makes us want to frontload our benefits and backload our costs. This tendency partly explains why we continue to overexploit biodiversity and deplete marine fish stocks in particular. It also partly explains why we keep polluting the environment with carbon dioxide and plastic. 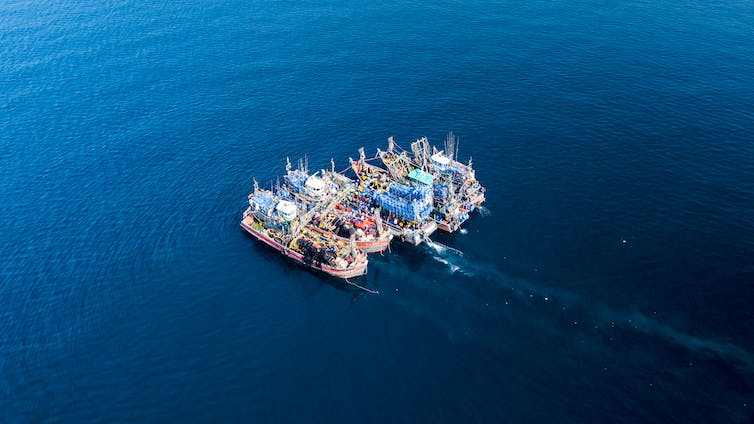 Closing the high seas to fishing would have an immense positive effect on fish stocks. (Shutterstock)

Once individuals, communities and societies calculate the true values, we will be able to develop the guiding principles we need to live in harmony with nature. It would motivate us to:

Ultimately, we need to avoid harmful policies that encourage negative actions by people on nature, such as handing more than 80 per cent of global fisheries subsidies to large-scale industrial fishing fleets, to the disadvantage of small-scale coastal fishers, including artisanal and subsistence fisheries.

People take what they want or need from the ocean, pulling those goods into our economic, cultural and social systems. In turn, we generate lots of waste, including greenhouse gases, which are absorbed by the ocean and increase sea surface temperatures, raise sea levels and boost ocean acidity, among other negative impacts. 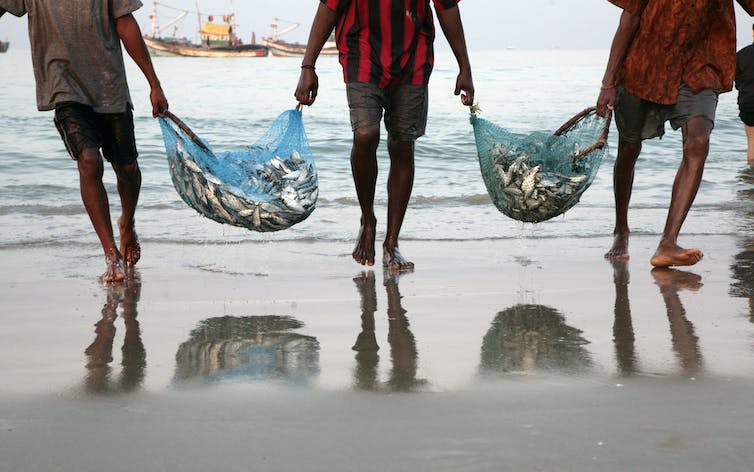 Achieving ‘infinity fish’ would allow us to pass on a healthy ocean to our children and grandchildren. (Shutterstock)

Clearly, we must take the good things from the ocean more wisely and within the limits of nature, while reducing the pollution that reaches the ocean to the barest minimum. We must also ensure that what we take out of the ocean is used to meet the needs of as many people as possible, especially, the most vulnerable among us.

The ocean is huge: it covers 70 per cent of the Earth’s surface. But it is not too big to protect — we have the brains and empathy needed to collectively ensure we achieve infinity fish for future generations. We just need to get the values and valuations right.

Click here to register for In Conversation With Rashid Sumaila. 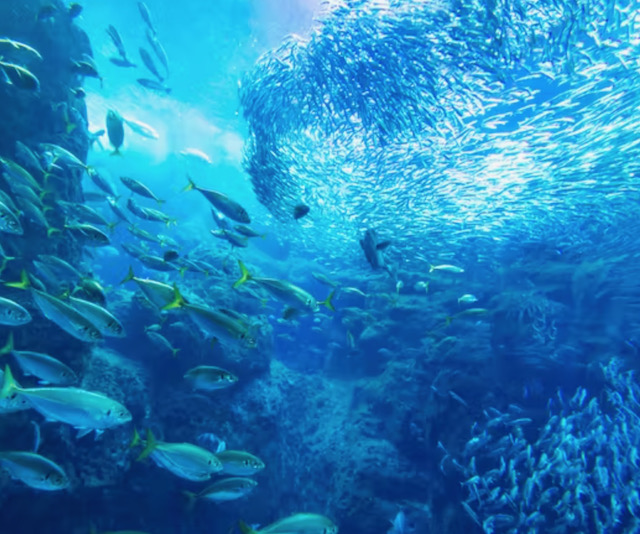