Accueil / Voix de la SRC / Adoptions but also abuse: The COVID-19 pandemic is the best and worst of times for animals 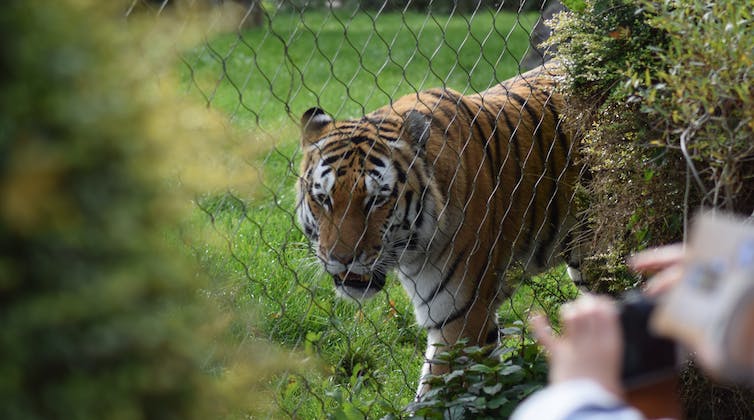 The pandemic shone a spotlight on the plight of exotic animals after the Netflix Tiger King series. It also resulted in a run on pet adoptions. But what is the state of animal welfare more than a year into the crisis? Tom Copus/Unsplash

Flashback one year ago to the early days of COVID-19, when tens of millions of people stared, transfixed, at the salacious Netflix docuseries Tiger King.

It was ostensibly about the colourful people who work with and display exotic animals. But it was really a dark portrait of human and animal abuse. The man known as Joe Exotic was convicted of 17 federal crimes against animals in the United States. Rarely has the plague of animal cruelty generated so much attention. 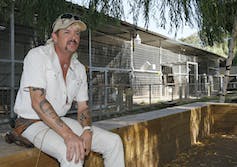 In this August 2013 photo, Joe Exotic is seen at the zoo he used to run in Wynnewood, Okla. (AP Photo/Sue Ogrocki)

As we remained gripped in the pandemic’s claws, we began to pay more attention to the roles of animals in our own lives. Pet adoptions are up. Birding has increased. People struggling with the damaging effects of isolation and physical distancing are finding solace in animal family members. These kinds of animals comfort us. We want to be near them and to see them.

Yet reports of animal abuse have also increased. This may be, in part, because more people are at home and can watch and listen for the overt and subtle signs of animals being harmed nearby. It might be because people are more attuned to animals’ well-being. It’s also possible that there has in fact been an increase in abuse.

There is no consistent or comprehensive tracking of animal cruelty in Canada, and our enforcement patchwork compounds the problem. Around the country, animal cruelty investigations may be undertaken by charities, public animal protection officers, local police, provincial police, the RCMP, municipal animal care and control or some combination. As a result, it is difficult to paint a detailed picture of animal harm.

Read more: Why animal cruelty should become a matter for dedicated police units

Some facets are clear. Many animal protection cases can be addressed through education and problem-solving. Investigators most often find people struggling, not purposefully endangering animals. These people need knowledge and help, not criminal charges. 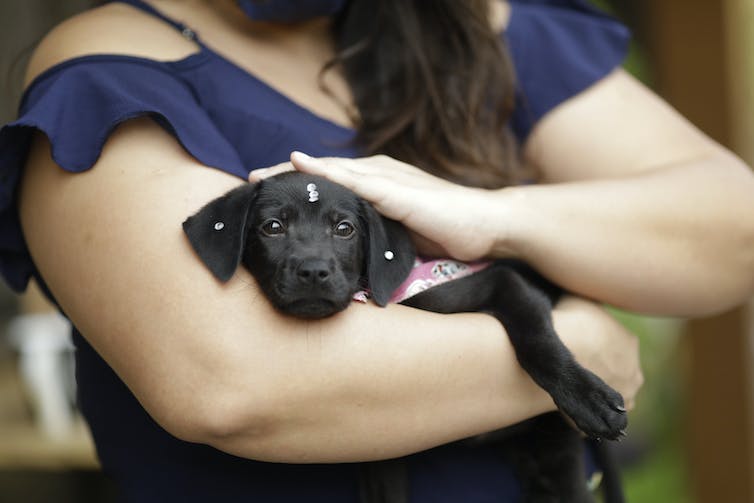 There are also abhorrent cases of abuse we need to confront — first and foremost, to recognize animals’ pain. But animal abuse is often a red flag, a precursor to other crimes and damage.

Crucially, animal abuse can also be the window that exposes child and elder abuse and violence against women that is also taking place. Animal cruelty does not occur in a vacuum. This was painfully obvious in Tiger King. Animals are victims, but they are often not the only victims.

Yet what we do and do not define as animal cruelty is also a symptom of a larger ailment. It is illegal to fight dogs and roosters. You cannot beat a dog or a chicken with a pole. 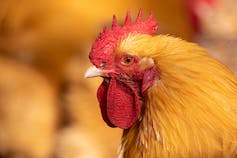 Chickens in captivity on factory farms routinely have their beaks burned off, though this rooster has been spared that fate. (Andy Holmes/Unsplash)

But you can burn the beaks off chickens and turkeys and it’s not only legal, it is seen as normal — and it’s done continuously to tens of millions of hens in the egg industry. The fact that this act is not defined as animal cruelty does not make it any less painful for the animals.

The real number of animals hurt by legalized cruelty is hard to fathom, as is the depth of their suffering.

And what about tigers, who captured so much of our attention one year ago? 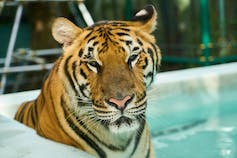 A tiger in captivity in Thailand. (Engin Akyurt/Unsplash)

People continue to recklessly import, circulate and display exotic animals of all sizes, including big cats, despite the damage this does to them, the health risks for humans and the growing calls for federal and provincial government action.

It has been a long year marked by both extraordinary compassion and dire callousness. We have opened our eyes, homes and minds to many of the wonders of other species. So are animals any better off?

The answer is that it depends. It is a mixed picture. And when it comes to animals, not only do we need to look and watch. We need to really see. 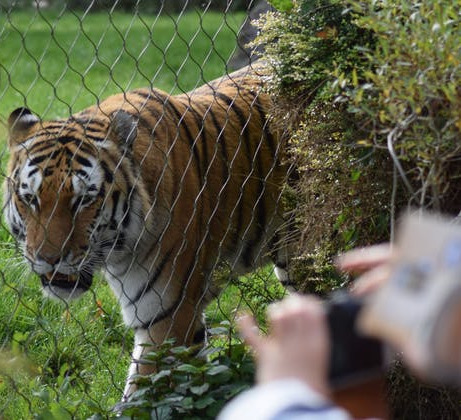