In response to colonial research paradigms that have subjugated Indigenous Peoples, knowledges, lands, and waters, Indigenous research methodologies have emerged to center Indigenous visions and voices in research practice. Here, we employ such methodologies to improve collective understanding of the state and future of wild Pacific salmon (Oncorhynchus spp.) and fish–people–place relationships across British Columbia’s three largest salmon-producing rivers: the Fraser, Skeena, and Nass. Through partnerships with 18 communities of “Salmon People” and semi-structured interviews with 48 knowledge holders (i.e., Elders), we learned that, on average, Elders spent more than half of a century actively engaged in salmon fishing and processing. Modern salmon catches are reported to be approximately one-sixth of what they were estimated to be five to seven decades ago, and the top five threats to salmon identified by Elders included (i) aquaculture, (ii) climate change, (iii) contaminants, (iv) industrial development, and (v) infectious diseases. Threat priorities varied regionally, reflecting distinct lived experiences and regional variation in the prevalence and impact of different threats. Elders perceived threats to salmon equally as threats to aquatic health and human well-being, with evidence that the relationships between people and water, and salmon and people, are being profoundly transformed.

“Indigenous methods do not flow from western philosophies; they flow from tribal epistemologies. If tribal knowledges are not referenced as legitimate knowledge systems guiding Indigenous methods and protocols within the research process, there is a congruency problem. Furthermore, by not recognizing Indigenous inquiry for what it is—a distinctive methodology—the political and practical quagmire will persist.” (Kovach 2010, p. 37).

In response to colonial research paradigms that have subjugated Indigenous Peoples, knowledges, lands, and waters, Indigenous research methodologies have recently emerged to center Indigenous visions and voices in research practice (Wilson 2008; Kovach 2010; Smith 2012). As Indigenous Peoples around the world reclaim self-determination (see Table 1 for glossary of key terms; Coulthard 2014), and as interest grows among practitioners of Western science in moving beyond knowledge assimilation or integration (Nadasdy 1999), we are beginning to see a rise in natural and social science research approaches and outcomes that are more respectful and responsive to Indigenous needs and priorities, and this has been through the work of Indigenous and non-Indigenous scholars alike (Arsenault et al. 2019; Thompson et al. 2019; Beveridge et al. 2020; Burt et al. 2020; Chapman and Schott 2020; Latulippe and Klenk 2020; McGregor, Whitaker and Sritharan 2020; Westwood et al. 2020; Steel et al. 2021).

Table 1. Glossary of key terms (in order of appearance in the main text).

The foundations for Indigenous participatory community-engaged research were laid by Kirkness and Barnhardt (1991), who described four “Rs” of ethical research practices for working in Indigenous contexts: respect, relevance, reciprocity, and responsibility. The application and practice of these core values leads to research that privileges Indigenous voices and respects distinct worldviews, that responds to local contexts and addresses community challenges, that strengthens Indigenous communities through equal benefit sharing and reciprocal learning, and that is conducted in a so-called “good way” where cultural protocols are honoured and power imbalances are recognized and rectified (Castleden et al. 2017; Arsenault et al. 2018). Through trust-based relationships and sustained commitment (Wilson 2008), these choices and actions culminate in research that is with—as opposed to on—Indigenous communities, transforming the nature and purpose of researcher–community interactions and relations.

Indigenous communities globally are increasingly asserting their rights, creating their own ethical guidelines and protocols for permitting research in their territories, and research and policy instruments are being designed to protect Indigenous knowledge systems (including scientific, traditional, and traditional ecological knowledges; refer to Table 1). There are perhaps as many approaches to this protocol as there are Indigenous Nations, with protocol agreements requiring a range of procedures, from formal application processes with board or departmental reviews (for instance, that of the Heiltsuk Integrated Resource Management Department 2015), to obtaining support from community leadership through presentations and meetings with, for example, Chief and Council (First Nations of Quebec and Labrador Health and Social Services Commission 2014) or hereditary leadership (Beveridge et al. 2020). In terms of data and knowledge protection, the First Nations Information Governance Centre’s OCAP® principles (Ownership–Control–Access–Possession; fnigc.ca) provide a roadmap for protecting knowledge holders and systems, reflecting a key principle outlined by the United Nations Declaration on the Rights of Indigenous Peoples (UNDRIP; United Nations General Assembly 2007) that explicitly protects Indigenous intellectual rights, stating that “free, prior and informed consent” must always be obtained regarding how such knowledge is collected, treated, and shared. Negotiating what constitutes “good” research protocols in a specific community context is an important first step in challenging existing power imbalances, it emphasizes self-determination and opens up lines of communication between the researcher and the community (Smith 2012; Arsenault et al. 2018).

As we navigate this transition to a point where Indigenous communities and knowledge holders are rightful and full partners in research, there needs to be a commensurate shift away from viewing Indigenous knowledge systems as simply filling in the gaps of a Western scientific understanding, where the latter serves as the default frame of reference to which the former is added on, too often as an afterthought, or for the apparent “utility” of serving as a resource where Western scientific data are lacking. Indigenous knowledge systems and worldviews must instead “become a starting point for new research efforts” (Arsenault et al. 2018), valid in their own right, and through the application of a decolonial research framework, they can be used to determine the values, processes, and methodologies that guide and direct research (Simpson 2004). 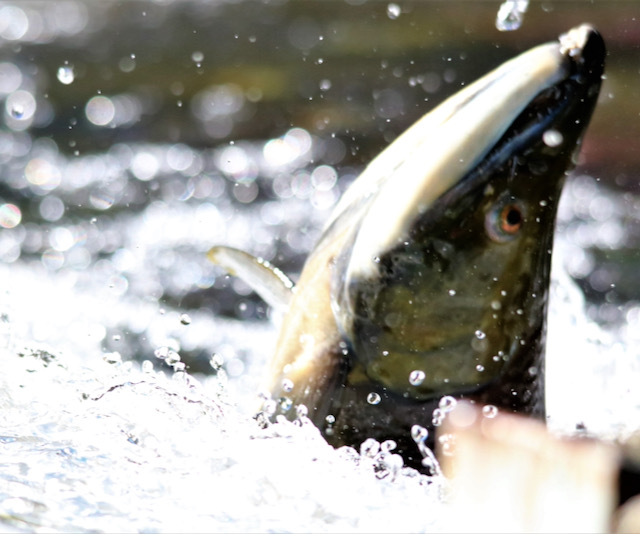