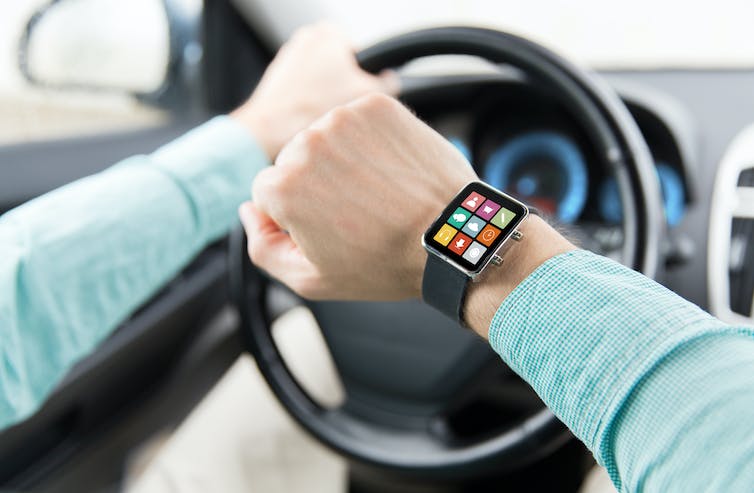 An estimated 73.4 million people will be using wearable technologies in the United States by 2022. Wearables are smart electronics that can be worn on different parts of the body. The most popular smart device is the smartwatch.

An important characteristic of wearable technology is that they are easy to acquire and thus they can be used almost anywhere. This convenience and adaptability means that smartwatches are used in a variety of circumstances, including while driving a car. Safety while using a smartwatch use is an issue for both smartwatch users and those around them.

One in six Americans owns a smartwatch that they use at least once a month. According to the International Data Corporation, a technology marketing and research company, smartwatches will comprise 70.2 per cent of all wearable technology by 2022.

Reduced reaction times and driver distraction contribute to traffic accidents. Recent research found that when drivers had conversations on their devices — whether handheld or hands-free — reaction times increased, and a driver’s ability to assess and react to a problem decreased. In short, it’s dangerous to use a smartwatch while driving.

Transport Canada refers to this as distracted driving: “When a driver’s attention is taken away from the driving task because they are focused on something else.”

When a driver is distracted, their performance, as well as their full awareness of problems on the road, are not optimal. Distracted drivers are slower to become aware of safety concerns and understand how to resolve the problem and they cannot physically respond quickly. A distracted driver’s ability to operate a motor vehicle safely is impaired; they may not even be aware of a problem, or that they are distracted at all.

Driving distractions are not limited to problems outside of a motor vehicle. Transport Canada indicates that a distraction may take the form of texting, talking on the phone or to passengers, eating or drinking or using an entertainment or navigation system. Using a hands-free electronic device is four times more distracting than speaking to an adult passenger.

Most U.S. states have laws that prohibit distracted driving: the majority of states prohibit a driver from talking on a mobile phone or texting while they are driving. Smartwatches are often not a part of this restriction.

To change laws so that the use of smartwatches is prohibited or restricted, research needs to show how these technologies distract drivers.

CTV’s Your Morning discusses whether a smartwatch poses a driving distraction.

Our research team at the HEC Montréal Tech3Lab, a laboratory specialized in studying interactions between people and technologies, looked at what particular characteristics of smart technologies and wearables may contribute to driver distraction and accidents.

We compared smartwatches to mobile phones, and looked at the effects of sending text or voice messages on drivers’ reactions and concentration. Our findings were published in Accident, Analysis & Prevention.

We set up an experiment in a driving simulator that measured driver responses to different kinds of alerts from a smartwatch and a mobile phone. These distractions, including voice assist for drivers, were compared by how the drivers reacted.

Our study placed 31 drivers into one of four possible simulated driving situations. In three of the four situations, the drivers were sent alerts on a mobile phone, smartwatch or by speaker. The drivers had to answer these alerts vocally. The fourth situation was slightly different: drivers received written texts by mobile phone or smartwatch and were to respond by using their phones to text a reply. 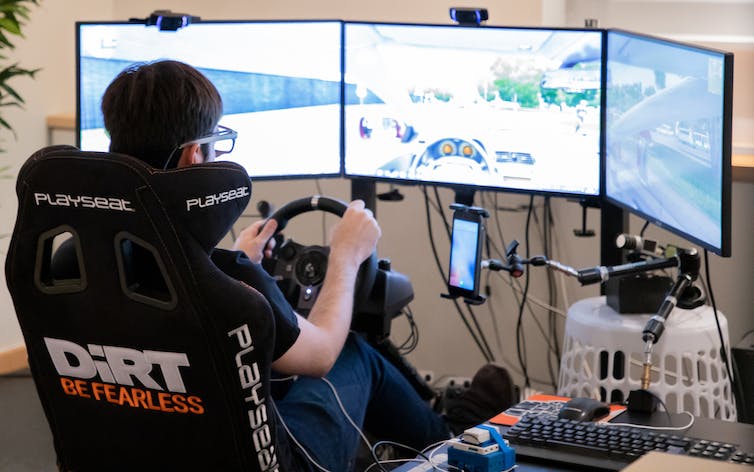 We also found that drivers’ gazes were less focused on their driving when written alerts were delivered to them on a mobile phone than when they heard the alert through a speaker. As well, drivers were more distracted by written alerts than alerts given to them by voice.

Overall, smartwatches do have a negative effect on an individual’s ability to drive safely. We also found that the safer way to both send and receive alerts was by voice.

These results are important for the public and policymakers. While some jurisdictions might view using a smartwatch while driving as distracted driving, and this is illegal in most U.S. states, individual police officers can use their discretion in interpreting the laws of their state.

There needs to be more precision in how distracted driving is defined by the law as it applies to smartwatches and their use by drivers. Insurance companies will have a better understanding of circumstances surrounding claims when the specifics of drivers’ behaviour are considered.

We believe that lives can be saved by informing the driving public of the risks of using a smartwatch while driving. Safety messages can be underlined with education in schools, social media, traditional media, marketing, safety alerts and enforcement. 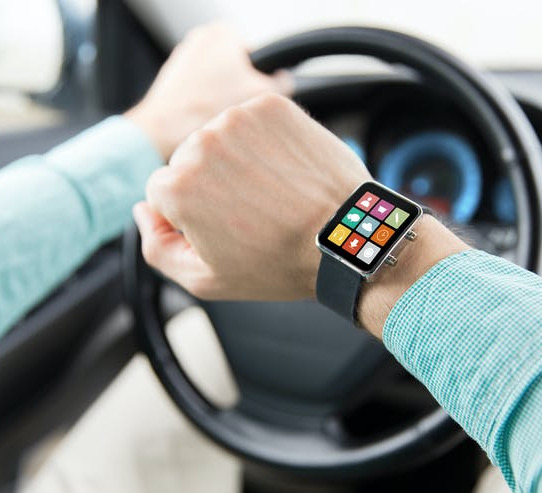