Accueil / A short history of the AR-15 in Canada 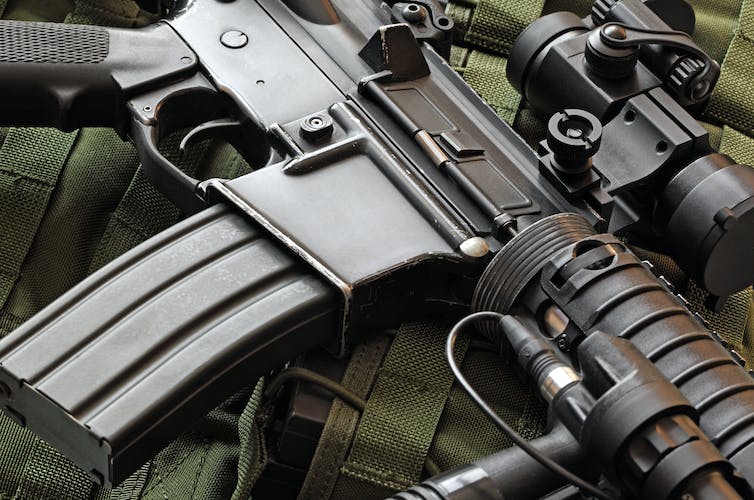 The Liberals have made a major election promise: if re-elected, they will ban military-style assault rifles in Canada. (Shutterstock) R. Blake Brown, Saint Mary’s University

Canada’s governing Liberals have proposed a set of new gun control measures that would ban military-style assault rifles, including the AR-15. They contend these weapons “are specifically designed to inflict mass human casualties and have no place in Canadian society.”

The response from gun groups has been vitriolic. The National Firearms Association, for example, says that the Liberals’ gun proposals are an “attack on the rights, freedoms and property of Canadians.”

The decision to highlight the AR-15 in the proposal is unsurprising. The gun has been controversial since its introduction into the Canadian marketplace.

The AR-15 is the civilian version of the standard military weapon, the Colt M-16, used during much of the Vietnam War by the United States. After Colt’s patent for the AR-15 expired, other gun-makers began selling generic models. Colt recently announced it will stop producing the AR-15 for the civilian market, though other manufacturers will continue to make versions of the weapon available to the general public.

The AR-15 appeared in the Canadian market by the mid to late 1970s. Some Canadians immediately began to express concern about the gun. The Windsor Star, for instance, wrote in 1975 that criminals “might very well show some interest in the high-powered AR-15.”

The Canadian Association of Chiefs of Police also raised concerns about such firearms, and in 1977 the federal government declared the AR-15 a restricted weapon, meaning that a potential purchaser had to pass a higher threshold to acquire the gun.

This move angered some gun groups, who charged that the classification decision was based on the gun’s appearance rather than its capability. An advocate for firearm owners, Michael Martinoff, responded by declaring before a parliamentary committee that he would refuse to register his AR-15.

The complaints of the gun community led the government of former prime minister Joe Clark to reclassify the AR-15 as a non-restricted firearm. The Liberals under Jean Chrétien again made the AR-15 a restricted weapon.

In the United States, the AR-15 has been employed by shooters in some of the country’s most infamous mass murders.

Some gun advocates claim the gun has never been used in Canadian criminal activity. That’s inaccurate.

In 1982, Saskatoon police shot 18-year-old hostage-taker Richard Landrie after a lengthy standoff. Landrie was dressed in battle fatigues and armed with an AR-15. He fired 50 rounds during the standoff, shooting off one of his hostage’s fingers.

Media reports also indicate that AR-15s have been seized in several drug raids, taken from alleged bank robbers in British Columbia, involved in a 2009 murder and employed in the 2004 drive-by shooting of Louise Russo in suburban Toronto as she waited in line to buy a sandwich for her daughter.

Most notoriously, the Montreal massacre shooter used a semi-automatic Ruger Mini-14 when he murdered 14 women in 1989.

Jean-Francois Larivee, husband of Maryse Laganière, who was shot and killed by Marc Lépine in the Montreal massacre in 1989, attends a news conference in Montreal in 2011 to push for gun control. THE CANADIAN PRESS/Graham Hughes

“Why are weapons of this kind allowed in Canada? Why do we let people own such dangerous and destructive weapons? That doesn’t make sense. Protecting the public and public safety should be our prime concern.”

The federal government eventually moved a number of semi-automatic firearms to the lists of restricted and prohibited weapons, but many other such guns remain in the non-restricted category.

Manufacturers and retailers have aggressively marketed these “black guns” or “modern sporting rifles” in Canada and the United States. The popularity of such weapons has contributed to a substantial increase in the number of restricted firearms owned by Canadians in recent years.

Semi-automatic military-style rifles have become an important symbol for critics of the Canadian gun control regime.

The National Firearms Association has employed an image consisting of a silhouetted maple leaf incorporating such a gun. A rival group, the Canadian Coalition for Firearm Rights, has used a similar logo.

The Conservative Party of Canada has been especially cozy with gun groups in recent years and opposes the proposal to ban assault-style firearms, including the AR-15. In fact, Conservative MP Bob Zimmer tabled a petition in 2016 calling for the AR-15 to be reclassified as a non-restricted firearm.

The future availability of the AR-15 and similar guns in Canada therefore appears to rest on the results of the upcoming federal election.

Canadians must decide if such guns should remain on the market or whether Canada will take a course similar to the United Kingdom, Australia and, most recently, New Zealand, and limit the availability of such firearms. 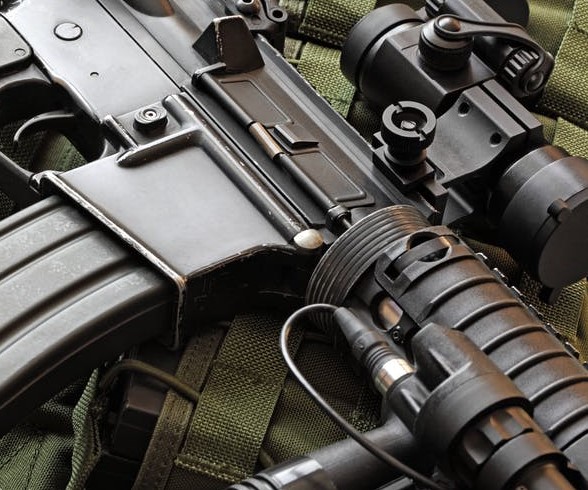