Home / Voices of the RSC / Resilient, but not Invulnerable

RESILIENT, BUT NOT INVULNERABLE

In the past several months, my social media has been dominated by images of friends who seem to have this COVID situation down pat. Baking, summer renovations and outdoor time with immediate family are just some of the benefits that have been touted on social media – making the best of a bad situation, they say.

While many now celebrate making it through the “first wave”, a second wave of COVID 19 is imminent – and there are many stories left untold. As an urban Indigenous person, I can say with certainty that there is another side to COVID – a more insidious side – that needs to be addressed. While most public discussion focuses on rates of infection or positive testing rates, there are other elements of human security and of wellness under threat.

What is wellness? What is health? From a variety of Indigenous perspectives, wellness goes beyond the absence of illness. Not being sick isn’t the same as being well – our conceptions of wellness include care for the whole person based on a holistic vision of physical, mental and spiritual health. Wellness is supported by language, ceremony and teachings. Within this context, Elders, families, and communities are necessary for healthy individual, community, and family life. Wellness is accessed in community structures, perspectives and spaces, which may be even less accessible in an urban context.

In 2016, more than half of Indigenous people in all of Canada (almost 900,000) lived in urban areas with a population of 30,000 or more. The largest urban Indigenous populations are in Winnipeg, Edmonton, Vancouver, Calgary, and Toronto. According to the federal government’s own reporting, urban Indigenous peoples face many well-documented challenges that were exacerbated during the pandemic, including poverty, food insecurity, increased rates of violence and unsafe living conditions.

According to statistics drawn from the 2017 Aboriginal Peoples Survey (APS) and the 2016 Census of Population, approximately one-quarter (24%) of Indigenous people living in urban areas live in poverty.  compared with 13% of the non-Indigenous population. Overall, 30% of Indigenous children and youth under the age of 18 in urban areas were living in poverty, but it is was greater than 50% for those in lone-parent families. While these statistics paint a grim picture, it is also important to note that they do not include the unrecorded Indigenous people experiencing homelessness or living in temporary or collective dwellings, pointing to a significant number of uncounted people living below the poverty line.

On a related note, food insecurity, which occurs when one or more household members do not have access to an acceptable amount of quality healthy food because of financial constraints, was also a factor in many urban Indigenous households. In 2017, among Indigenous people aged 18 and older living in urban areas, 38% lived in a food insecure household. In 2016 about half of those Indigenous people 18 and over lived in rented dwellings, 20% in subsidized housing and about 11% in housing that needed major repairs. These realities aren’t just an inconvenience – in some cases, they are the difference between life and death, between safety and danger, or between wellness and illness.

During the COVID-19 epidemic, Indigenous friendship centres across the country were inundated with requests for help from urban Indigenous people, according to the National Association of Friendship Centres. With new restrictions imposed by COVID, workers and volunteers worked to cook, deliver food, deliver traditional medicines, and responded to a growing number of calls about sexual and family violence. The National Association of Friendship Centres made a presentation to the House of Commons health committee in April of 2020. At that time Jocelyn Formsma stated, “keeping on top of that usual work, in addition to being asked to deliver services to Indigenous community members on behalf of non-Indigenous agencies and to lead task forces to address the needs of urban Indigenous Peoples, were creating an unsustainable strain on already slim resources.”

The concerns raised by Formsma were rooted in lived experience of Friendship Centre clients, and those who use other community-based services.  Consider the single parent who relies on in-person schooling so that he can go to work, and the breakfast and lunch programs so that his children can eat.   Or the new mom who depends on community-based support to help with nursing support and well-baby programming. Consider the Elders who rely on community-based gatherings to stay mentally and socially connected and to share important teachings. Or the person fleeing domestic violence who relies on the availability of shelter beds to provide safety. Beyond these tangible impacts, the services that were reduced or cut also negatively impacted the sense of community essential for health and wellness among urban Indigenous people. The inability to visit or to care for Elders, to participate in community feasts or ceremonies, or to access important cultural supports represent a loss that extends far deeper than those things that get us through our regular, everyday lives.

Of the $305 million initially pledged by the federal government under the Indigenous Community Support Fund to help First Nations, Inuit and Metis communities, $15 million was set aside for organizations providing services to those living off reserves or in urban centres. This amount was eventually increased to $90 million in May. On a national scale, just over 13% of the money was designated to urban Indigenous people representing over 50% of the population, revealing the impossible odds against which organizations must prevail.

While there was no deadline or application for Indigenous communities on reserves looking to access government funds, Indigenous organizations in urban settings had to put together a proposal by April 13, representing an additional strain on stretched frontline resources. Meeting basic criteria did not guarantee funding, which was contingent on the total amount of money available, the number of projects submitted, and potentially, geographic representation across the country. Nationally, 260 applications were funded out of over 500 received. Commenting on the realities in Manitoba, Manitoba Keewatinowi Okimakanak Inc. (MKO) expressed serious concerns, pointing out that of 92 proposals submitted within the province of Manitoba for funding, only 9 were successful to the tune of less than 1 million dollars.

In Winnipeg, where I live, as in other centers, community-based organizations have been working hard to find innovative ways to offer support and services during this time – despite already being stretched thin. For example, Ma Mawi Wi Chi Itata Centre, which works with vulnerable children, youth, adults, Elders/Seniors had to cancel important community events, such as free Seniors Bingo, family nights, and full moon gatherings. It redoubled its efforts in other areas, however, launching a delivery-based Emergency Food Program allowing families to access hampers, lunch bags, basic needs and baby supplies supported by volunteer drivers. In 18 days (March 19-April 8), the Centre delivered 8,240 emergency kits to (i) 1,915 families with 4,186 children, of which 2,797 are under the age of 10 years old, (ii) 303 Homeless individuals, and (iii) 282 Seniors/Elders. Thunderbird House, an important community gathering space, became a COVID-19 testing site in May after its regular cultural programming moved online. Prior to the pandemic, the space was in dire need of important repairs; its transformation into a COVID-19 testing site means that Thunderbird House was able to access money from a variety of agencies to help get the space up to code, including repairs to the sprinkler and security system, plumbing, doors, air conditioning, windows and lighting. The Bear Clan Patrol, which helps to maintain peace within the community by promoting safety, conflict resolution and early response to difficult situations, became busy feeding upwards of 350 people per day but had to suspend both its regular patrols and its needle collection operation, which had picked up more than 80,000 syringes in the first quarter of 2020.

We are resilient, creative, and capable. We are our own experts.

But our resilience and our strength should never be an excuse to accept these realities as “the way things are.” Our resilience and capacity should instead speak to the importance of Indigenous-led solutions and services, of the need to overhaul bureaucratic funding structures that impede service delivery, and of the need to consider wellness in a way that is interconnected and that demonstrates what these services provide – a lifeline to services that don’t just benefit us as Indigenous people – but that benefit non-Indigenous Canadians in the spaces that we share.

When the second wave hits, will organizations still be left stretched to capacity – and beyond? If COVID has shown us anything, it is that our communities, and our community-led organizations, matter. They are strong, innovative, and hard-working. But they are also in danger – threatened by a new normal that fails to recognize Indigenous ways of being well and of living well, and that properly supports and resources our community lifelines.

This article initially appeared in the Globe and Mail on September 28, 2020. 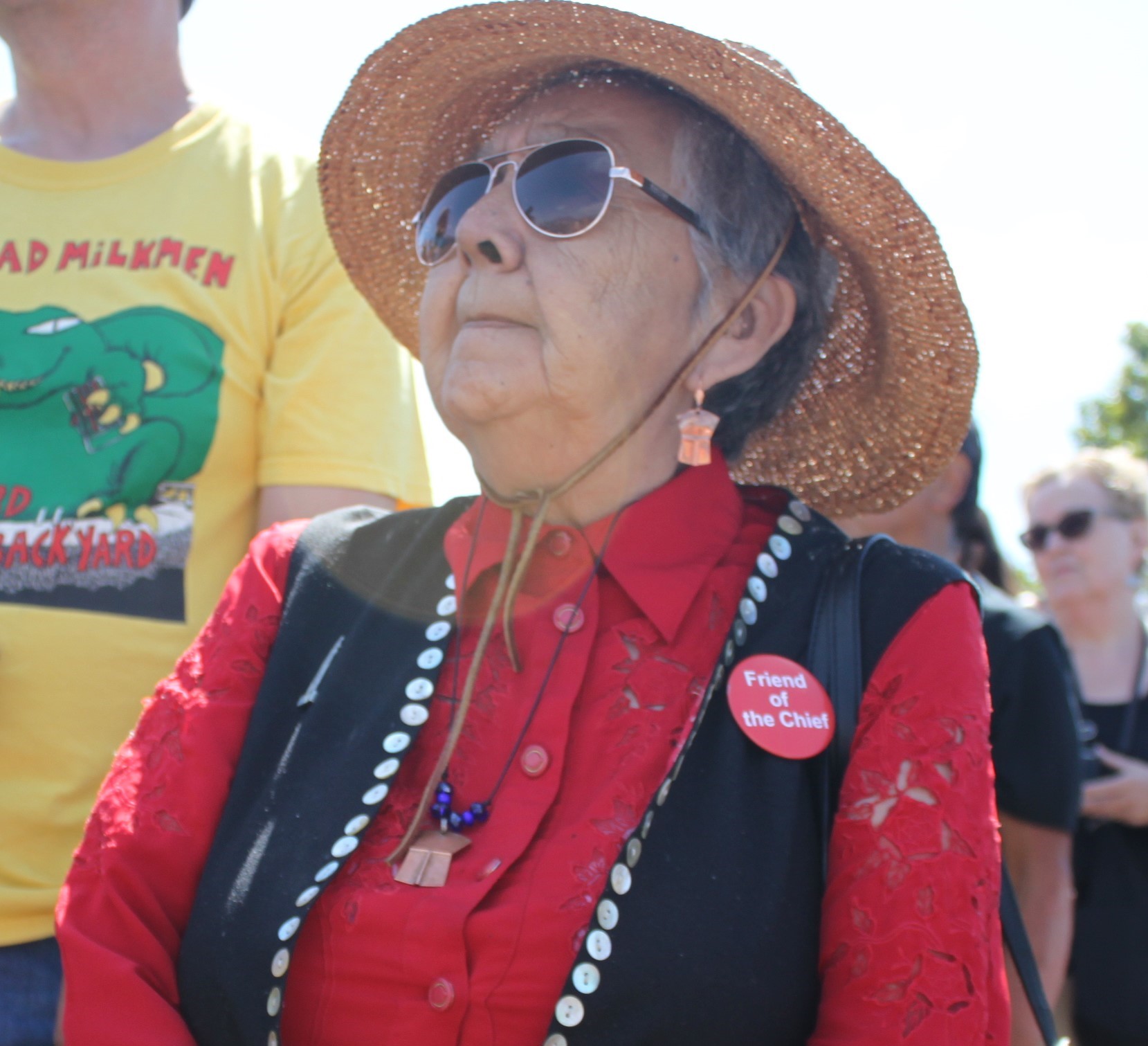