Home / Voices of the RSC / Runoff and discharge pathways of microplastics into freshwater ecosystems: A systematic review and meta-analysis

Although many studies have focused on the importance of littering and (or) illegal dumping as a source of plastic pollution to freshwater, other relevant pathways should be considered, including wastewater, stormwater runoff, industrial effluent/runoff, and agricultural runoff. Here, we conducted a meta-analysis focused on these four pathways. We quantified the number of studies, amount and characteristics of microplastics reported, and the methods used to sample and measure microplastics from each pathway. Overall, we found 121 studies relevant to our criteria, published from 2014 to 2020. Of these, 54 (45%) quantified and characterized microplastics in discharge pathways. Although most focused on wastewater treatment plant effluent (85%), microplastic concentrations were highest in stormwater runoff (0.009 to 3862 particles/L). Morphologies of particles varied among pathways and sampling methods. For example, stormwater runoff was the only pathway with rubbery particles. When assessing methods, our analysis suggested that water filtered through a finer (<200 um) mesh and of a smaller volume (e.g., 6 L) captured more particles, and with a slightly greater morphological diversity. Overall, our meta-analysis suggested that all four pathways bring microplastics into freshwater ecosystems, and further research is necessary to inform the best methods for monitoring and to better understand hydrologic patterns that can inform local mitigation. 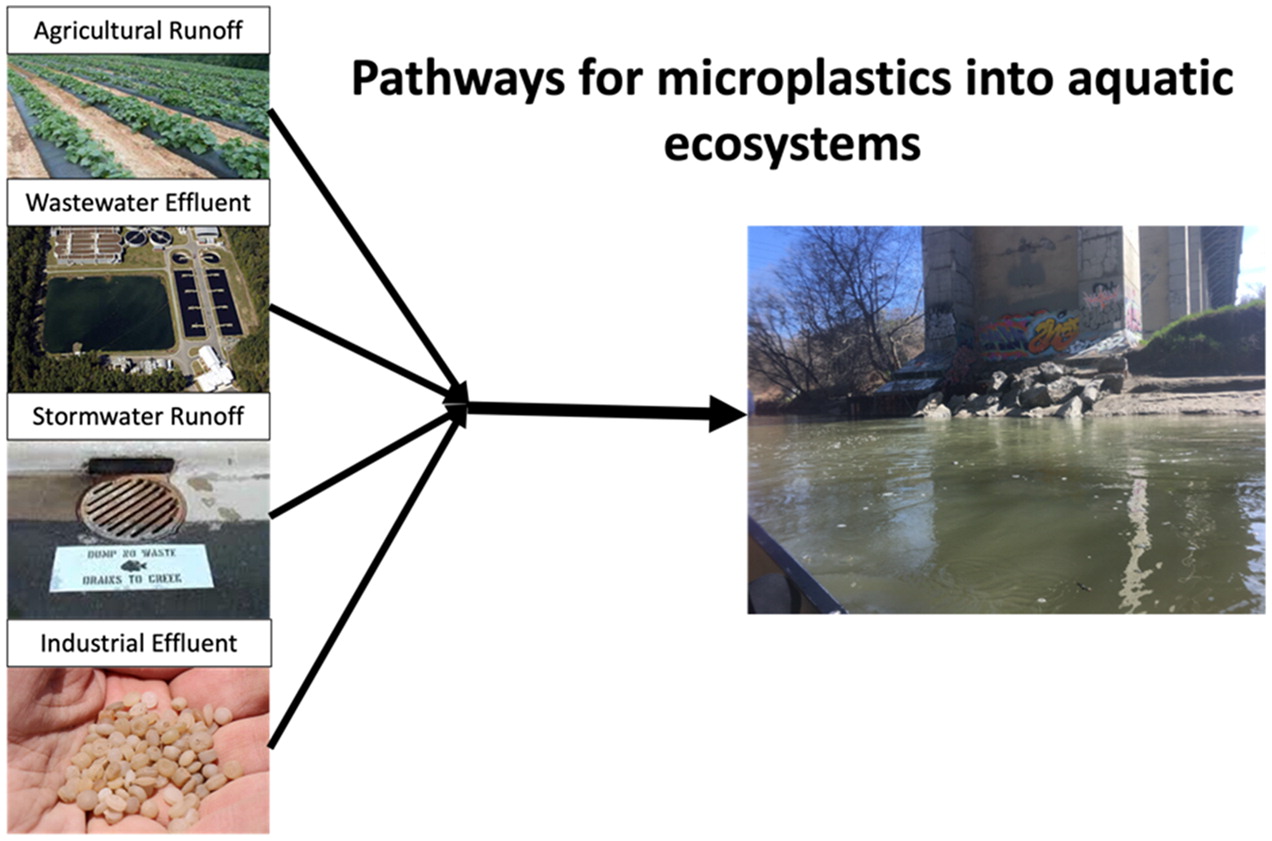 Microplastics are reported to be the most abundant plastic debris by count in aquatic ecosystems (van Sebille et al. 2015). Microplastics have primary and secondary sources. Primary microplastics are manufactured as small pieces of plastics (e.g., pre-production pellets and microbeads in rinse-off personal care products; Cauwenberghe et al. 2015; Laskar and Kumar 2019). Secondary microplastics are degraded pieces of larger plastics, broken down via photo-, mechanical- or bio-degradation (Arthur et al. 2009; Laskar and Kumar 2019), including fragmentation of plastic litter, and microparticles from the wear of products during use (e.g., tire particles, microfibers from textiles, and films used in agriculture).

Like all plastic debris, microplastics are persistent (Worm et al. 2017) and ubiquitous (Rochman and Hoellein 2020). Microplastics are common in freshwater (Horton et al. 2017; Hoellein et al. 2019; Allen et al. 2019), the atmosphere (Brahney et al. 2020), seafood (Abbasi et al. 2018; Van Cauwenberghe and Janssen 2014; Davidson and Dudas 2016), and move through ecosystems as recalcitrant particulate carbon (Zhu et al. 2021). They are also found at every level of aquatic food webs, with potential implications for predators when they move up the food chain (Provencher et al. 2019). Humans may also be exposed via water resource use (e.g., fish consumption, drinking water, food crop irrigation) in addition to inhalation (Wright and Kelly 2017; Danopoulos et al. 2020). Consequently, additional measurements of the sources and transport pathways of microplastics into the environment are needed to inform mitigation.

Here, we conducted a systematic review and meta-analysis to synthesize research on microplastic pollution contributed by stormwater runoff, WWTP effluent, industrial effluent/runoff, and agricultural runoff. We did not include atmospheric transport because it is less relevant to informing mitigation strategies. Our objectives were (1) examine the progression of research on microplastics in each of four management-relevant pathways over time, (2) assess the relative concentrations and composition (i.e., morphology) of microplastic in each, and (3) assess the methods employed for studying microplastic concentration and morphologies across pathways. Results from this analysis will inform future research priorities on microplastic dynamics in aquatic ecosystems, thereby supporting the prevention and mitigation of plastic pollution globally. 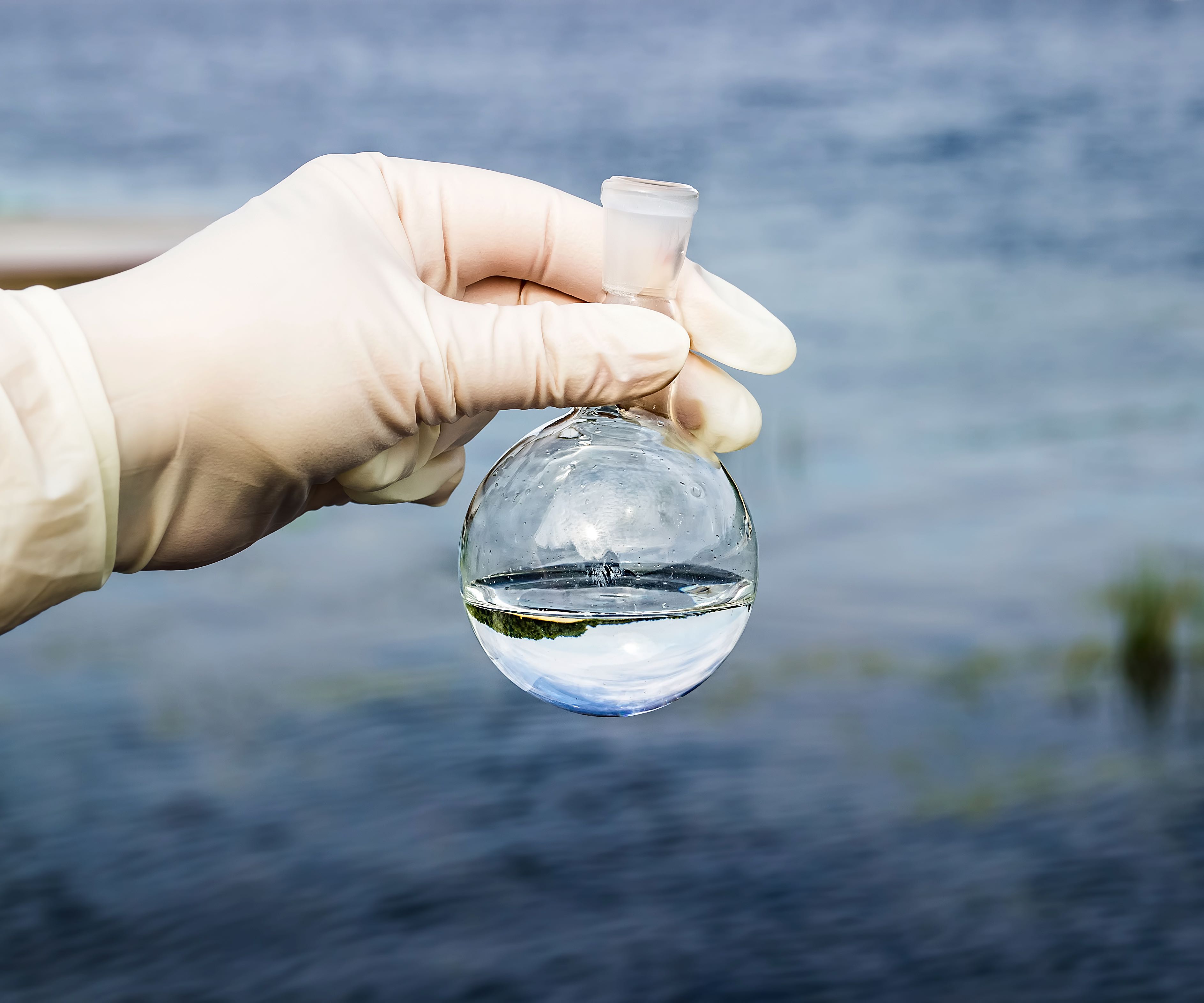