THE JOURNEY TO LANGUAGE AND LITERACY STARTS IN THE CRADLE

Janet Werker is a university Killam professor in the department of Psychology, and co-director of the language sciences, at the University of British Columbia

The current pandemic has resulted in many people spending more time at home, more time on the internet, and needing to balance their work and personal lives. In a busy household of caregivers and children, it can be even busier with an infant in the home. The concerns parents feel about providing the best for their very young children can be even more magnified. Time and attention are divided, but infants are remarkably well suited – even in our radically changing home lives – to begin their journey to language learning and literacy.

While infants are born ready to acquire language, acquisition happens through the social interactions they have with their caregivers. These interactions allow the child to learn not only the words and structure of their language, but also how to become a communication partner. It is the speech they hear – especially as caregivers label and/or talk about objects and events the infant is interested in- that supports the child’s vocabulary acquisition as well as the understanding and use of language. Storybooks and play are also key to providing the foundation for both language and knowledge of the world. Indeed, the OECD 2015 PISA report shows that storybook reading in the preschool years is associated with language comprehension even into adolescence (OECD, 2015). It is not just what we say, but the way we talk, and the honesty with which we convey our own feelings and stay open to those of our children. These allow a child to understand another person’s emotional state as well as their own, and ultimately be able to talk about both. These behaviors and interactions support not only language, but indeed all aspects of development, and are all part of supporting a child becoming a confident and competent social being.

The world around a newborn infant is filled with all kinds of sights and sounds. Yet, from birth a newborn is drawn to other social beings and is especially attentive to human faces (see Farroni et al., 2005) and voices. A newborn will change their sucking pattern to listen to speech (Vouloumanos & Werker, 2007), and their brain will respond differently to speech over other kinds of sounds (Peña et al., 2003; May et al., 2017). Amazingly, they can even discriminate one speech sound from a very similar but different one (e.g. b vs d), and can even do so for sounds not in their native language (see Werker & Curtin, 2005, for a review). Surprisingly, newborns show a preference for their mother’s voice (DeCasper & Fifer, 1980), for the native language (Moon, Cooper & Fifer, 1993; Byers-Heinlein, Burns & Werker, 2010), and even stories and songs that have been read or sung by their mother (DeCasper & Spence, 1986; Cooper & Aslin, 1989). Thus, as a result of both biology and early experience, all the building blocks are in place very early in life for learning language (Werker & Curtin, 2005; Reh & Werker, 2020). In turn language learning supports learning to read (see Wolf, 2007), but it is the richness of these interactive experiences with the native language (or languages) that is/are essential to ensure a successful journey.

One step is learning about words. When we think about words, we typically think about what they mean. While this is crucial, a word is more than just meaning: it is made up of sounds, and a change in a sound dramatically changes the meaning of a word. For example, if you change the first sound in bed to a d you have a different meaning, and certainly something that one wouldn’t wish to confuse. While newborns can tell the difference between very similar sounds., between 6 and 12 months they improve their ability to distinguish the sounds of their native language (or languages, if growing up in a bilingual environment), and become less adept at distinguishing non-native ones (Werker & Tees, 1984). At the same time, they are discovering which sound combinations make up possible words. For example, in English, if babies hear the sound combination tl they learn this cannot occur at the beginning of a word, such as tleat, whereas tr would signal a word beginning, as in treat (Archer & Curtin, 2016). This knowledge is one of the many cues that help babies discover where words begin and end in the speech stream - a particularly challenging aspect of language learning.

While as adults we perceive individual words when listening to speech even though they are not actually separated by silence. Imagine listening to a language that you are not familiar with. It is incredibly challenging to find where one word begins and another one ends without the language-specific experience and knowledge. Mis-segmentation happens all the time. For example, a child who has heard Miami might mis-parse this as My Ami and follow up with a statement about Your Ami. Someone unfamiliar with French might confuse je dis (I say) with Jeudi (Thursday). As adults, the knowledge of our native language helps guide segmentation, but infants have to figure this out. Luckily, infants have a number of cues they can use to help find words in the continuous speech stream. Research shows they can use highly familiar words such as their name (Bortfeld et al., 2005), they can use the sound combinations as described above, and they can use the rhythm and stress (Curtin, Mintz & Christiansen, 2005). And, remarkably, they can track actual statistical regularities as young as 7 months (Saffran, Aslin, & Newport, 1996). That is, they learn that it is more probable that the syllables pre and tty make up a word (pretty), than the syllables tty and ba, which may cross a word boundary (pretty baby).  As infants begin to find words, they also learn that there are different types of words. There are nouns, verbs, adjectives, and adverbs - all words that carry meaning (called “content” words). There are also function words, such as prepositions (with, on, of), determiners (a, the) and conjunctions (and, or). These words differ in where they can occur in a sentence and also in the surface sound properties. Content words tend to be longer, louder, and are more complex than function words. Infants distinguish these word classes based on the differences in their acoustic properties and by 6 months use function words to pull out and remember content words (Shi, 2014). Learning content words is an essential step in learning word meaning, and learning function words is an essential step in figuring out and using the grammar of the native language.

Surprisingly, babies are beginning to show some understanding of words very early. They respond to their own name (Mandel, Jusczyk, & Pisoni, 1995), and will look more to the correct image when they hear very common words such as hands and feet, or even “mommy” by 4-6 months (Tincoff & Jusczyk, 1999; Bergelson & Swingley, 2012). The more words infants know, i.e. as their vocabulary grows, the more anchors they have for pulling out additional words, and the better prepared they are for learning how words combine to form phrases, sentences and longer discourse. All of this growing knowledge works together to reinforce and support additional learning about the native language sound system and helps infants to continue to learn new words. That is, as they learn more words they learn more about the sounds, and the more words they learn, the better they get at learning grammatical structure. Having this foundation in place is not only critical to learning to talk, but also to mapping oral language onto printed text. Indeed, discrimination of speech sounds (Lovansuu et al., 2018) and learning words in the first 2 years of life  (Duff et al., 2015) are related to later reading success.

A question of key concern to parents and educators is whether and how much screen time might support or interfere with language and broader development. While a baby can’t learn language by sitting in front of a television, and screens are no substitute for in-person interactions, responsive interactions over various forms of video chat have been shown to support word learning. Moreover, having a responsive person read to (or with) a young child over video chat aids learning (Gaudreau et al., 2020; see Hassinger-Das et al., 2020, for a review). The need to socially engage with family and friends over these kinds of platforms has been amplified during the current pandemic, and we must acknowledge that screens are now, more than ever, part of childrens’ lives. Extended family members, friends, and teachers are adapting their interactions and instruction to a virtual world, a trend that will likely continue even after the pandemic ends. We, as a research community, have now turned our attention to how screens can support rather than detract from learning. While research is still ongoing, results to date make it clear that having a strong foundation in language from in person social interaction is key to later benefits from screen time. The content and age-appropriateness of the programming, the way it is delivered, and the engagement of the caregivers have been shown to be critical (Hassinger-Das et al., 2020).  Researchers are actively and urgently working to determine how these goals can best be implemented to ensure positive screen time outcomes and benefit development for all children, while paying special attention to the challenges some families face in access to digital media or high speech internet.

In summary, an impressive amount of language learning occurs prior to the child producing their first word, far earlier than most people know, and the foundation for language learning is established during the first year of life. The social communication interactions with parents, other family members and friends are far more important than once realized. They allow infants to break into the speech signal and pull out sounds, words and sentences, which in turn provide the basis for more complex language use and literacy later.

Wolf, M. (2007). Proust and the squid: The story and science of the reading brain. Harper Perennial. 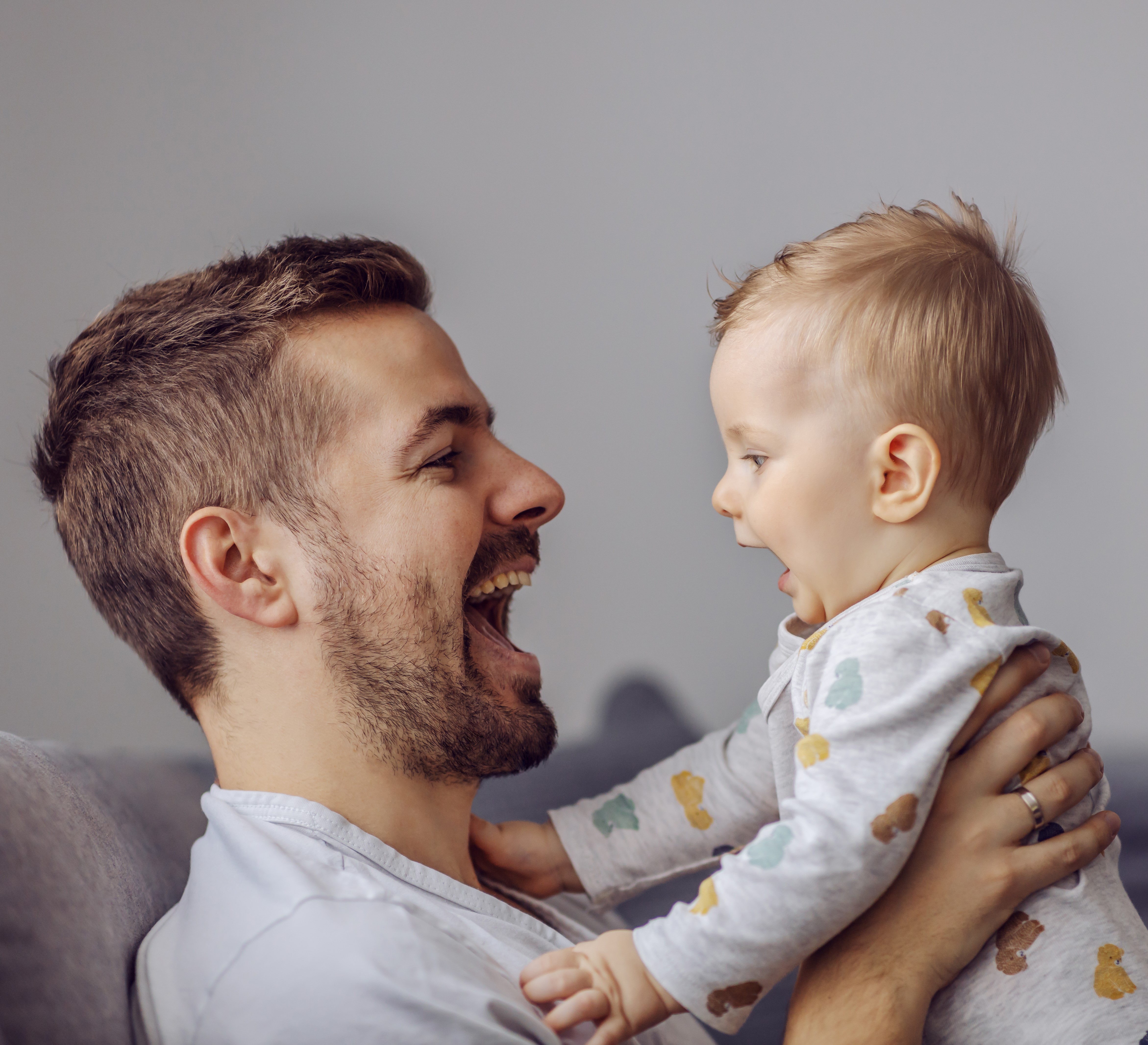