Home / Voices of the RSC / Canadian prisons in the time of COVID-19: Recommendations for the pandemic and beyond

CANADIAN PRISONS IN THE TIME OF COVID-19: RECOMMENDATIONS FOR THE PANDEMIC AND BEYOND

Dr. Rosemary Ricciardelli is a Professor of Sociology and Criminology at Memorial University of Newfoundland. Elected to the Royal Society of Canada, her research centres on evolving understandings of gender, vulnerabilities, risk, and experiences within different facets of the criminal justice system. Her current work includes a study of the occupational experiences of correctional officers given the potential for compromised psychological, physical, and social health and well-being inherent to the occupation.

Dr. Sandra M. Bucerius is an Associate Professor of Sociology and Criminology in the Department of Sociology and the Director of the University of Alberta Prison Project (@theUAPP). She deploys extensive qualitative and ethnographic research to reveal the intricacies of settings that are difficult both to access and understand: prisons, police organizations, and marginalized street and newcomer communities.

The COVID-19 pandemic poses distinctive challenges and dangers for individuals working and housed in Canada’s provincial and federal prisons. Similar to retirement complexes, nursing homes, and long-term care facilities, prisons are enclosed spaces with limited room for physical distancing to contain the spread of COVID-19. As of June 17th, 2020, 360 prisoners have tested positive for COVID-19 in federal institutions across the country, and the Union of Canadian Corrections Officers (UCCO-SACC-CSN) confirmed that, as of the same date, 98 federal officers were infected.

The provincial and territorial correctional systems house the majority of prisoners in Canada. There are 177 such institutions spread across Canada housing approximately 25,000 prisoners. Although the physical structure of provincial/territorial institutions vary, there are two primary types of prisoners in provincial/territorial facilities. First, there are those who have been sentenced to a prison term of two years less one day and, like those in the federal system, are of diverse security classification ranging from minimum (e.g., held in institutions without a secure parameter) to maximum (e.g., held in institutions with a very secure parameter). Second are remand prisoners who often constitute a majority of provincial and territorial custodial populations. Provincial and territorial facilities primarily serve as remand centres, also referred to as correctional centres, and operate as maximum-security institutions. Most individuals in remand facilities are legally presumed innocent and held awaiting trial in custody, rather than the community, because they are unable to secure bail – whether to due to being considered a flight risk, a threat to the public, or otherwise unable to satisfy basic bail requirements (e.g., lacking a surety). Reports indicate that increasingly more individuals are held in pre-trial detention rather than released on bail; this includes not only those accused of serious and violent crimes, but often those arrested for comparatively minor offences, such as property offences or impaired driving. Depending on the outcome of their sentencing, remanded prisoners may be transferred to a federal institution or a provincial/territorial institution, be credited and released for “time served,” or be released after being found not guilty (or in cases where charges are withdrawn or stayed).

Prisons are all enclosed and shared spaces, making physical distancing between prisoners, between staff and prisoners, and between staff particularly hard, if not impossible. In most correctional facilities, a large number of people share living spaces and carry out daily activities – sleeping, eating, showering, using the washroom and exercising – in close proximity to countless others. In this context, both those who live and work in correctional facilities are vulnerable to the effects of concentrated living, including exposure to potential contagions – illustrated most dramatically in the era of COVID-19.

As in the case of those managing other group living facilities, concerns of contagion pose acute challenges and agonizing decisions for federal and provincial/territorial correctional administrators across the country tasked with managing the crisis. Naturally, COVID-19 does not discriminate between prisoners and essential service providers (i.e., staff). As frontline workers, officers and staff face an unprecedented ongoing challenge—mitigating the spread of COVID-19 while keeping safe and healthy enough to maintain the care, custody, and control of prisoners, and then returning home without infecting their family members and friends (and being cautious as to not bring COVID-19 into the institution when they return for their next shift). In many jurisdictions, lockdowns, implemented to combat the spread of COVID-19, may leave prisoners detained in their cells, sometimes with fellow prisoners (usually for 22 or 23 hours a day; as some prisoners are double bunked) and unable to practice physical distancing. Prisoners are further isolated as all jurisdictions have had little choice but to suspend federal and provincial/territorial in-person visitations in an attempt to mitigate opportunities for the virus to enter the institution. Much like programming (e.g., schooling) is suspended in the community, in many correctional systems, institutional programming for prisoners has largely been suspended to prevent additional program staff from needing to enter the facilities and to maximize physical distancing between prisoners.

While the spread of COVID-19 has mostly been kept at bay in Canadian prisons (with some institutions having had concerning outbreaks, such as Mission Institution in British Columbia and the Multi-level Federal Training Centre in Quebec), we are not suggesting that fear of contagion has dissipated for staff, prisoners, and those who care for said persons. As Canada prepares for a potential second wave of COVID-19, CSC and the provincial/territorial governments must continue to undertake structured and informed decarceration efforts (i.e. efforts directed at reducing the number of people housed in Canadian prisons). While undoubtable not a simple undertaking, such actions would be in line with recommendations made by the UN and by a working group of the Council for Penological Co-operation (PC-CP) of the Council of Europe (who released a “COVID-19 related statement” in April 2020).

However, what decarceration would look like must be unique to the circumstances, positioning, and needs of the prisoner– particularly as it relates to both their safety and that of others in the community. Now more than ever, correctional administrators are confronted with the task of delicately balancing the rights, health, and well-being of those in correctional facilities with the goals of public safety. In Canada, this is particularly true in relation to the federal context, where individuals are serving time for more serious offences and may have quite distant release eligibility dates. Decarceration, however, is particularly critical and applicable in the remand system, which holds many prisoners who breached conditions (e.g., being late for curfew, failing to call from a landline), were unable to pay outstanding fines, or who will likely not be sentenced. Creeping trends in the extensive use of remand in Canada have fell under stark criticism in recent years, with researchers and advocates pointing out that public safety has not benefited. Perhaps, it may even be time to consider if all prisoners remanded into custody should necessarily be held in prison, for instance, should people be incarcerated for non-violent offenses, breaches in conditions of release, or for failing to pay fines?  Could remanded prisoners that do not pose a threat to society not be immediately and safely released pending a second wave of COVID-19?

Regarding federally and provincially/territorially sentenced prisoners, sentence lengths may need to be reconsidered, as well as release possibilities for prisoners nearing their date of parole eligibility (i.e., after serving one third of a federal prison sentence) or, alternatively, their date of eligibility for statutory release (i.e., after serving two thirds of a federal sentence). In addition, for all prisoners, several realities must inform their consideration for decarceration, including their behaviour and institutional record since the offense (i.e., is the person the same person who committed a crime 10, 15 or even 20 years later?), the seriousness of the offense and potentiality for recidivism, and their security classifications within the system. Equally importantly, before releasing prisoners, a realistic and comprehensive reintegration plan needs to be in place that gives consideration to whether the prisoner has a safe place to go to when released, both in terms of the potential spread of COVID-19 and for their own personal safety and successful community reentry. Given personal safety measures, prisoners should also have agency to choose whether or not they want to be released from prison—it should not be assumed that all prisoners want to be released during COVID-19 as some may feel safer from contagion inside a facility, particularly if they are likely to experience health and social vulnerability on the outside. To facilitate decarceration of half-way houses, governments must also critically look at the individual cases of those living in such facilities and who might be ready for successful full-reintegration into the community (i.e., to leave the halfway house).  Such practices would create more space in halfway houses for persons leaving prison.

Apart from decarceration efforts, prison administrations need to inform staff, prisoners, and their loved ones of protocols for managing COVID-19, including policies around properly isolating exposed staff and prisoners, as well as preventing exposure to COVID-19 in prisons. Sharing information with families of prisoners (and staff) is particularly valuable given the current pandemic, coupled with drastic (though necessary) policies and practices inside prisons and around visitations, has resulted in loved ones experiencing increased stress and anxiety about the health and well-being of their incarcerated kin. With this in mind, given the potential of a second wave, we strongly suggest that prisoners have more access to video visits and free phone calls. We suggest COVID-19 related video visitation and free phone calls be considered as a way forward for prison practices more generally, given many prisoners’ families may live far from institutions, which makes regular visits difficult, and research has showing that regular contact with loved ones is a vital piece for successful reintegration

In conclusion, many of our suggestions for managing the current COVID-19 crisis are potentially valuable as a way to rethink our approach to incarceration more generally. Are sentences appropriate? Should all persons in prison be there? Can some of those who are incarcerated be safely reintegrated into the community, especially when they have shown good behaviour in the institution over a period of time and pose minimal risk to re-offend? Is there a way to avoid overcrowding more generally? Can we do more to promote family unification for prisoners including offering free phone calls and the implementation of video calls? We urge governments and policy makers to consider these questions and evaluate possibilities for informed and structured decarceration and alternatives to imprisonment for those prisoners who can safely live in the community.

This article was initially published in the Globe and Mail on June 23, 2020. 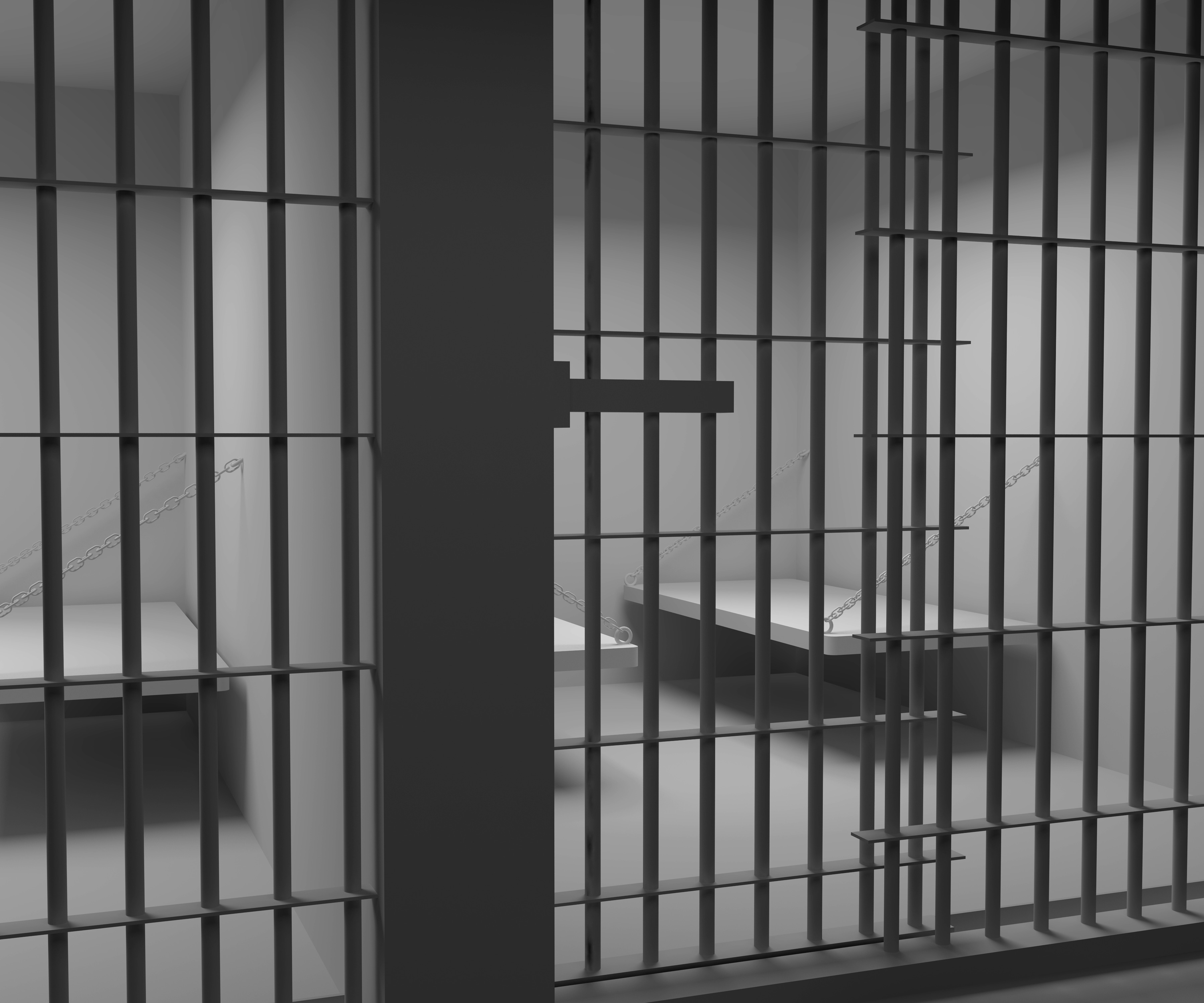