Home / Voices of the RSC / Secularism: Québecers are religious about it

Secularism: Québecers are religious about it 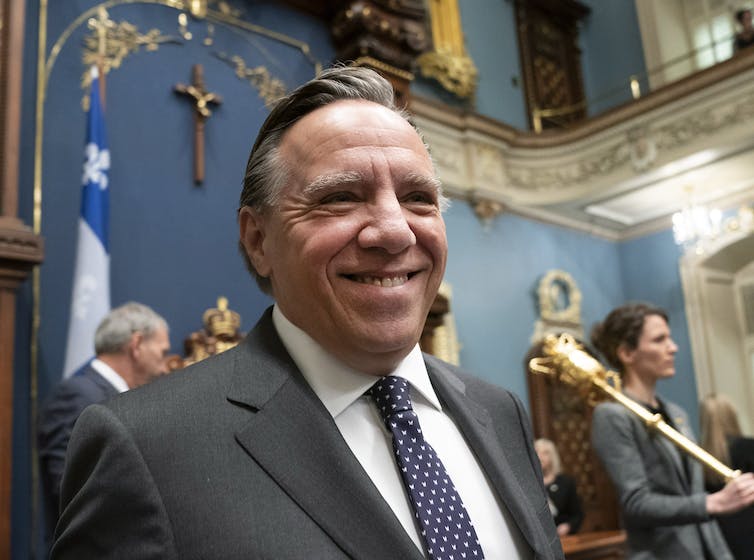 Quebec Premier François Legault stands in front of the crucifix in the provincial legislature where he announced the religious symbol will be removed. Québec is both the most homogeneous province from a religious point of view and the most detached from its religious culture. THE CANADIAN PRESS/Jacques Boissinot Jean-Philippe Warren, Concordia University

Some Canadians outside of Québec have reacted with disbelief at the tabling of a bill in the provincial legislature by the Coalition Avenir Québec government to ensure the religious neutrality of the state.

Two factors should be considered when seeking to understand the debate around Bill 21 and secularism in Québec: the vast majority of the French provincial population share a Roman Catholic heritage, yet Roman Catholic religious practices and beliefs are rapidly declining in Québec.

In other words, although French Québecers overwhelmingly have the same religious origins, they are becoming less and less religiously active.

Put these two factors together and it helps to shed light on why Québecers are so attached to the concept of secularism.

The result of the Roman Catholic historic domination in Québec is that many French Québecers equate Québec culture with Catholic culture. They view non-Catholic expressions of religion as something foreign to Québec’s identity. 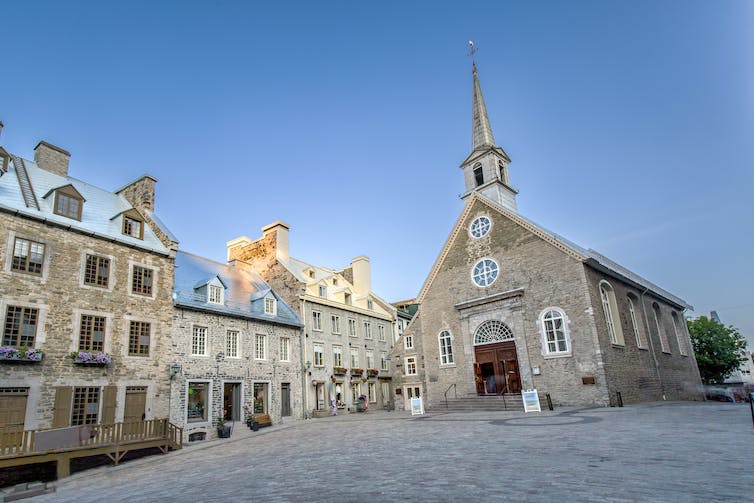 Église Notre-Dame-des-Victoires, in Old Québec. Of that city’s population, 93.6 per cent call themselves Catholic. Shutterstock

In 2012, Jean Tremblay, the then mayor of the city of Saguenay, demonstrated this attitude when he claimed to appreciate the contribution of immigrants “as long as they marry our culture.” Underscoring that the cross on Québec’s Fleur-de-lis flag is a Christian cross, he viewed Quebec’s Catholic heritage as something inseparable from French-Canadian culture.

The removal of the crucifix from the main chamber of the Québec’s National Assembly is another example of the conflation of religion and culture. When Premier François Legault tabled the secularism bill, the legislation said the crucifix would be removed.

Although the decision to remove the crucifix was seen as a compromise by the government, Québecers answering a new poll felt differently. A survey indicated that 63 per cent of respondents believed that “crosses and other religious symbols that adorn public institutions should remain in their place because they are part of our heritage.”

If Québec can been seen as the most homogeneous province in Canada from a religious point of view, French Quebecers are increasingly detached from active religious practices and beliefs.

Over the past 50 years, the religious practice of French-speaking Québecers who were baptized Catholic has dropped to historic lows. In 2014, a survey found only seven per cent of Catholics reported that they practised their faith on a weekly basis — the proportion was almost 100 per cent in 1960.

The survey also found only one-third of Catholic respondents said they still had their faith. Less than half of the respondents considered Jesus to be the son of God, with the majority saying they considered him either an “ordinary man,” a philosopher or a prophet.

In a way, Québec is similar to France. In 2010, 64 per cent of French identified as Roman Catholic but of these, 57 per cent did not attend Sunday mass. Catholics who went to mass represented only 4.5 per cent of the French population, compared to 27 per cent in 1952.

In either case, non-Catholics are rejected. 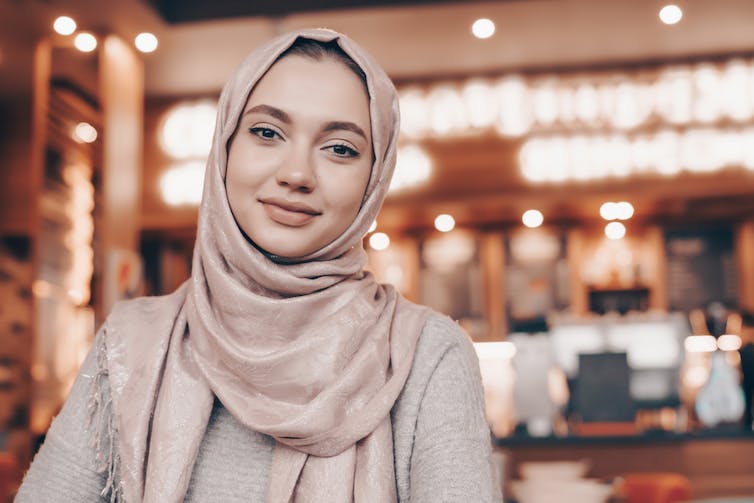 Religious acculturation makes Quebécers of Catholic heritage suspicious of those who claim rights on behalf of their religion. Shutterstock 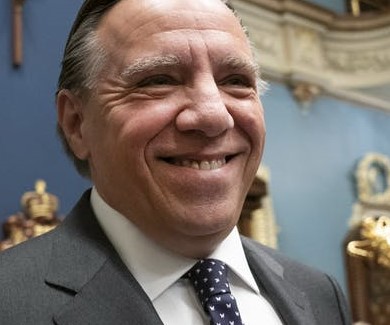