Home / Voices of the RSC / ‘Every child matters’: One year after the unmarked graves of 215 Indigenous children were found in Kamloops 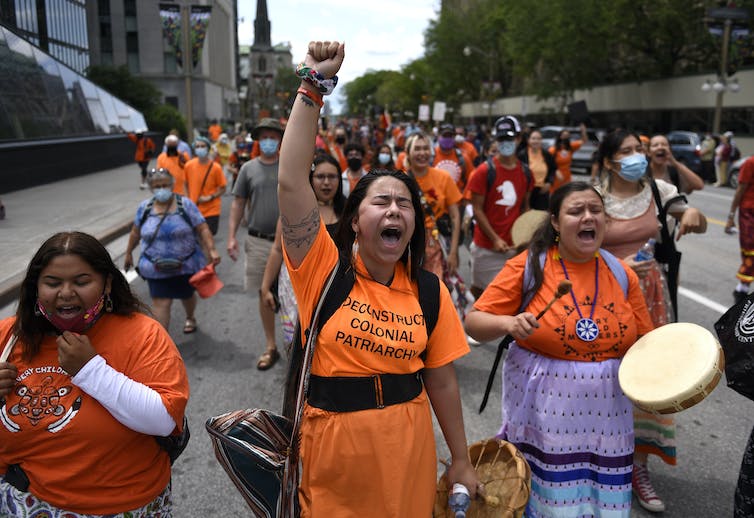 People march in Ottawa during a rally to demand an independent investigation into Canada’s crimes against Indigenous Peoples, including those at Indian Residential Schools on July 31, 2021. THE CANADIAN PRESS/Justin Tang

Editor’s note: This article contains details that some readers may find distressing

“Every child matters” has become a rallying cry, adorning banners, orange shirts, decals and memorials to the Indigenous children who died at or went missing from Indian Residential Schools and similar institutions.

Indigenous communities have used these words to recognize the thousands of Indigenous children who were taken, never to return.

Despite this truth being something communities knew for decades, it took the use of scientific methods to locate potential unmarked graves of children buried near the former Kamloops Indian Residential School to garner the attention of non-Indigenous people, both in Canada and globally.

On May 27, 2021, Tk'emlúps te Secwépemc announced that they had located 215 potential unmarked graves of children — that number reverberated around the world.

In the first rush of media coverage and public outrage, governments were quick to commit millions of dollars worth of funding for communities to undertake searches around the sites of former Indian Residential Schools.

Memorials of stuffed animals and children’s shoes began to appear. The Canadian flag was lowered to half-mast for months. Orange Shirt Day was transformed into an official National Day for Truth and Reconciliation. And First Nations communities across the country made public statements about their searches.

The numbers from Kamloops were originally reported as 215 and later revised to 200, then the numbers began to climb as more unmarked graves were found at the former Marieval Indian Residential School, Kuper Island Residential School and many more. But inaccurate numbers also surfaced on social media — first 6,000, 10,000, then 12,000 and it didn’t take long for people to try and downplay the numbers and cast doubt on the results.

As someone who has worked with Indigenous communities for several years to help locate potential unmarked graves, it is very important to me that people to understand the difficult journey survivors and communities must take in order to find justice and healing.

Who is responsible for their deaths? 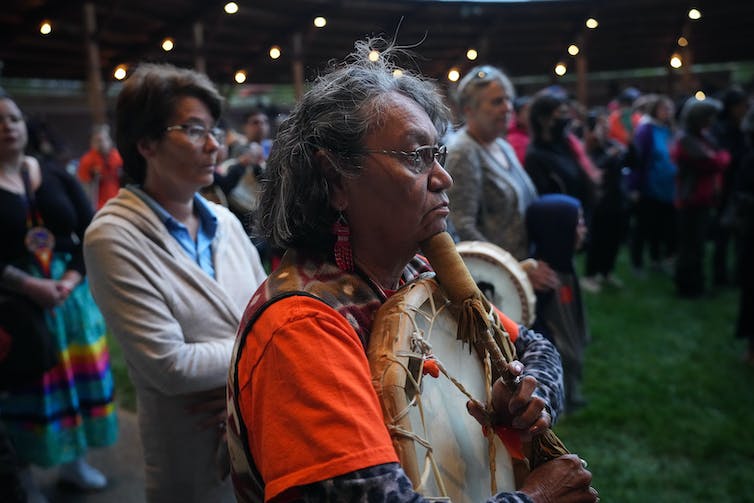 People listen as Prime Minister Justin Trudeau speaks during a ceremony to mark the one-year anniversary of the Tk’emlups te Secwepemc announcement on May 23, 2022. THE CANADIAN PRESS/Darryl Dyck

Some of these records indicate where the children were buried, including cemeteries located near the schools. Survivors have shared knowledge of disappearances or deaths of children at these institutions, with some recounting how they dug graves.

Thousands of children died, and by all accounts the records from many schools are woefully incomplete, meaning the number of children who died is likely much higher than what is currently known.

The questions that haunt families and communities are: Where are their children buried, and who is responsible for their deaths?

One year after the announcement, Indigenous communities across the country are working to find the specific locations where children may be buried.

Many families were never notified if their children died while at school. And even when they were, the bodies of their children were rarely sent home to be buried. Survivors have often spoken of times where deaths occurred and children weren’t buried in cemeteries and merely buried on the school grounds.

Ground-penetrating radar and other technologies are now being mobilized to try to narrow down where graves may be found to mark, commemorate and investigate what happened to children.

At best, ground-penetrating radar can find anomalies in the ground that look grave shaped, based on interpretations of results from scans. In some cases, such as in unmarked sections of historic cemeteries, these are likely to be graves. In other cases it is less clear. In all cases, further investigation is warranted. And the nature of that investigation will have to be decided by the communities whose children were forced to attend that school. 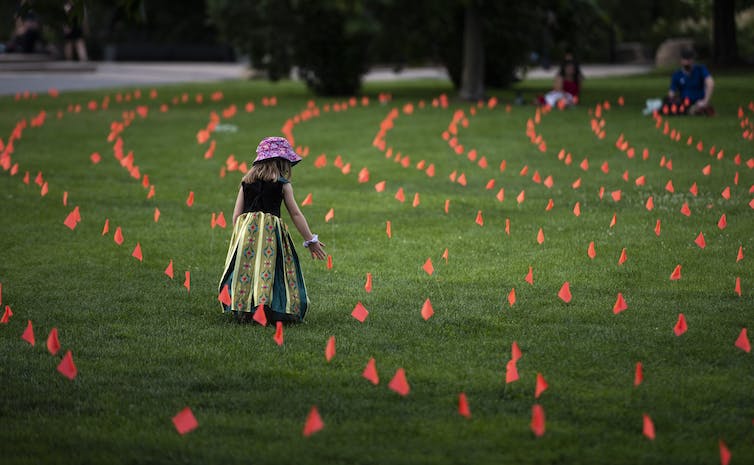 A child touches an orange flag, representing children who died while attending Indian Residential Schools in Canada, placed in the grass at Major’s Hill Park in Ottawa on July 1, 2021. THE CANADIAN PRESS/Justin Tang

The technical results of ground-penetrating radar surveys have become vital, but they are not the first step, nor the last, in the search for justice. Communities are working to find their lost children and hold those who were responsible for the horrors of Indian Residential School accountable, but they need certain supports to be able to do so.

There needs to be ongoing funding and access to expertise in a co-ordinated manner to ensure families and communities get the answers they deserve.

There are likely thousands of graves at former Indian Residential Schools across the country, but we don’t yet have enough information to know where most of them are located — some are likely lost forever.

As the number of anomalies reported increases over the months and years to come, we can’t forget that every child matters. Each grave represents a beloved member of a family who was torn away from their community. Each grave represents a story of a child stolen. Every family that lost their children to this genocide deserves answers. Reconciliation isn’t possible without truth and we must not turn away from the truth.

Kisha Supernant, Director of the Institute of Prairie and Indigenous Archaeology, University of Alberta 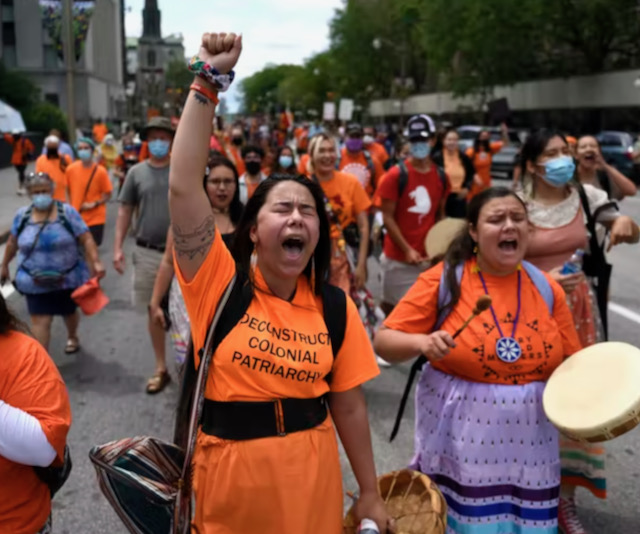