Home / Voices of the RSC / Benefits of Being Raised Bilingually

BENEFITS OF BEING RAISED BILINGUALLY

Krista Byers-Heinlein is an associate professor in the Department of Psychology at Concordia University.

Adriel John Orena is an FRQNT Postdoctoral Fellow in the Department of Psychology at the University of British Columbia.

Kyle Levesque is a Mitacs Accelerate Postdoctoral Fellow in the Department of Psychology and Neuroscience at Dalhousie University and affiliated with the Canadian Children’s Literacy Foundation.

The COVID-19 pandemic has highlighted the interconnectedness of communities and the importance of being able to communicate in multiple languages to solve the world’s most pressing problems. In Canada, as elsewhere, raising bilingual children is not an easy task as it requires persistent effort and continued time and familial investment, sometimes from infancy. Many children grow up in homes where multiple languages are spoken, but some parents may hesitate to expose their babies to two languages out of concern that it will be too confusing for them. Certainly, if kids are not able to separate their two languages, it’s reasonable to worry that this will slow their language development.

Layered upon these concerns are decisions for parents that can involve tradeoffs between their children’s bilingualism and other important aspects of their development and well-being, an issue that has become particularly salient during the COVID-19 pandemic.

Is there evidence to support the notion that it is worthwhile to invest time, energy (and often money) in raising a child bilingually? The short answer is yes, the evidence points to the continuing return on investment for children who are exposed to two languages as part of their development.

Amazingly, children are quite adept at distinguishing between multiple languages from a very early age, using both visual and auditory information. For instance, even without sound, infants can tell languages apart by observing mouth movements and facial expressions, as these look quite different across languages. Likewise, languages vary in their sound and rhythm, and they have different rules about how words go together. Babies are sensitive to these differences, enabling them to tell different languages apart soon after. Preschool-aged children adapt their speech to the language of monolingual strangers, further showing that kids can distinguish between two or more languages from early on.

Studies on language acquisition overwhelmingly suggest that hearing two languages simultaneously is as natural as hearing one. For instance, the developmental timing of changes in speech perception is strikingly similar across monolingual and bilingual infants. They can identify the sounds, rhythm, and rules of their native languages at similar time points as monolinguals with their single language. Hearing two languages does not confuse babies; rather, it prepares them to learn and use these languages later in life.

At the same time, there are some unique features in the process of acquiring more than one language. For example, because their vocabularies are split across two languages, bilingual children will sometimes know fewer words in each language than a monolingual child will know in their single language. Importantly, the total number of words bilinguals know across both languages is the same if not more, suggesting that monolinguals and bilinguals are learning at the same rate, and differences arise bilinguals simply have more to learn.

Bilingual children also have unique behaviours, like mixing their languages when speaking. Rather than being a sign of confusion, this usually means that bilingual children are using all of the language resources they have available to communicate, a process some linguists refer to as “translanguaging”. Language mixing or translanguaging is therefore not cause for concern, but a cognitive strength that demonstrates bilingual children’s ability to flexibly integrate all of their linguistic repertoire to communicate.

The benefits of bilingualism

Since learning two or more languages may require additional effort, many parents worry that bilingualism will delay or impair children’s normal social, cognitive, or academic development. In fact, bilingualism does not cause impairment or delays. On the contrary, being able to communicate in multiple languages has many advantages across personal, social, and professional contexts. Some of these benefits can be found even in childhood.

First, ample evidence has shown positive transfer between the two languages, be it between similar languages (e.g., English and German) or languages of different scripts (e.g., Chinese and English). That is, children’s knowledge of one language (such as grammar, vocabulary, and meaning) often helps when they learn a second language, and vice versa.

Second, bilingualism can make children’s brain muscles more cognitively flexible in that it helps their brain to better respond to changes, develop stronger memory skills, and better control focus and attention span. For example, a study that compared bilingual and monolingual children’s development since infancy found that bilingual children can accumulate greater cognitive advantages than their monolingual peers beginning at the age of nine months and these advantages carried over in their math and literacy development at the age of 4.

Third, bilingualism enables children to develop better socioemotional skills. In a study that included a national sample of young Latino children in the U.S., fluent bilinguals and those with higher proficiency in Spanish surpassed every other group with the highest levels of socioemotional well-being including aspects such as approaches-to-learning, self-control, and interpersonal skills and had the lowest levels of behavior problems.

Start as early as you can. Exposing young children to multiple languages early on is an effective way to start the bilingual learning process, and parents who are bilingual themselves can speak to their child in multiple languages from birth. At the same time, children (and adults for that matter) can learn a new language at any age.

Focus on high-quantity, high-quality interactions. In terms of quantity, perfectly balanced “50%/50%” exposure to each language is very rare amongst bilinguals, but research suggests that exposure of 30% per day or per week to a second language is likely sufficient to support active bilingualism. In terms of quality, children learn best from real individuals who interact contingently with them, rather than TV or other media such as apps. Children’s language learning benefits from opportunities to interact with fluent speakers – whether adults or their peers – especially when they use rich vocabulary and varied, complex sentences.

Make a plan. One of the most commonly cited plans for raising a bilingual child is the one-parent-one-language approach where each parent uses a different language.This can certainly be an effective strategy for many families, but it is not the only way. Another popular strategy is to speak one language at home and another language outside the home, which can be particularly beneficial when children have few other opportunities for exposure to the home language. There are many other creative strategies that will be effective, but a good plan will ensure that the children receive plenty of exposure to each language throughout childhood.

On this last one, it is clear that pandemic-related restrictions have affected some families’ language plans for their children. For instance, bilingual children whose exposure to one of their languages was primarily at school may be affected by the shift to online learning. In some cases, this shift has decreased their overall exposure to that language, given the added challenge of learning or maintaining a language primarily through online interactions. On the other hand, the same restrictions may present other opportunities, for example in relation to heritage languages that are not spoken in the wider community, which will often need extra effort to achieve high-quality bilingual experiences. In some cases, pandemic-related restrictions increased the time that families spend together, giving additional opportunities for children to interact in the heritage language. Being able to plan for and adopt different family language strategies is helpful both during the pandemic and beyond.

To maintain languages that need extra support, families can seek out activities that promote high-quality, high-quantity talk. In particular, children’s storybooks provide exposure to richer and more diverse words than everyday conversations, which boost vocabulary skills. Free online resources such as Storybooks Canada (https://storybookscanada.ca) offer storybooks in more than 30 different languages. Language experiences outside the home, although more limited during the pandemic, can also enhance children’s language experience, for example visiting family members who speak the heritage language or participating in community events such as free library programs or cultural festivals. When activities outside the home are less feasible, research indicates that online interactions such as videoconferencing with grandparents and extended family can also benefit children’s language learning.

Ultimately, parents will need to balance their bilingualism goals within their current context with other family priorities. Educators and policymakers have a role to play in reducing the need to make these difficult choices, for example by increasing the availability of second language and heritage language programs in public schools, and by promoting positive attitudes towards bilingualism.

This article initially appeared in the Globe and Mail on February 10, 2021 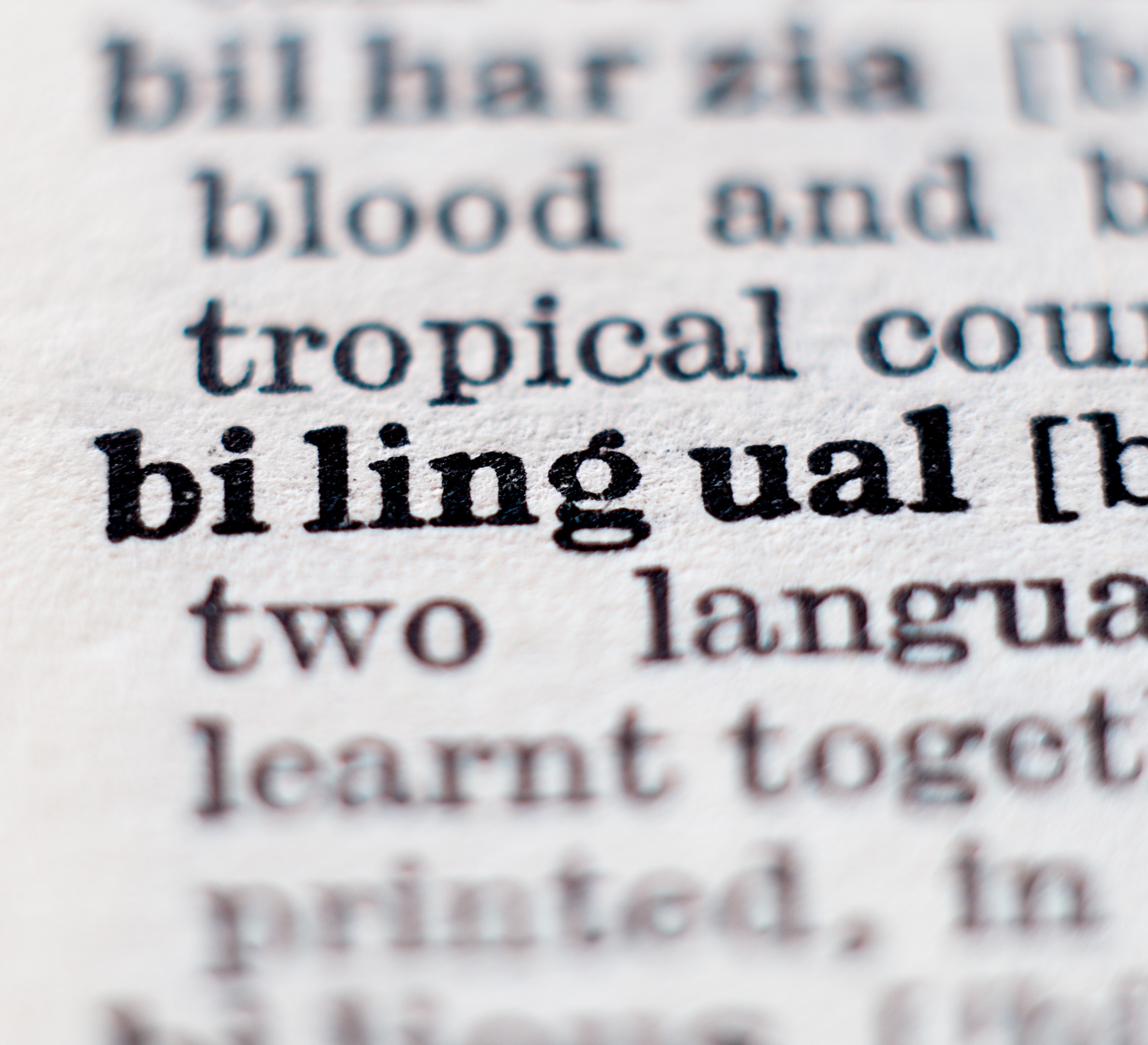