Home / Voices of the RSC / Pedagogy of Federalism and Constitutional Mechanics 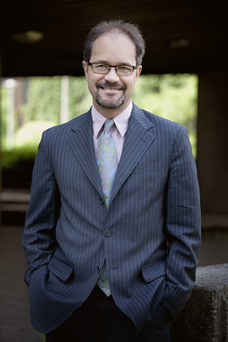 The affirmation and intergovernmental relations policy called “Quebecers, our way of being Canadian” (the Policy), which the Government of Quebec unveiled in 2017, is both realistic and idealistic. If, on one hand, it acknowledges Canadian “realpolitik”, which ensures that vague attempts to reform the formal constitution of Canada are unlikely to succeed in the short or medium term, it also has the audacity to seek to break the deafening constitutional silence that, since the Meech and Charlottetown events, has taken a toll on the country’s politics. In doing so, the Policy loudly and rightfully proclaims that discussing the constitution is far from being the mere whim of intellectuals.

On the contrary, the constitution is a variable that affects citizens’ lives in a real way. When private stakeholders build—for reasons that have nothing to do with the public interest, it should be pointed out—an aerodrome on agricultural land, against the local community’s wishes, and successfully invoke the doctrine of inter-jurisdictional immunity to escape provincial and municipal regulatory structures when Albertans may not have the jobs they were counting on if a major investor backs out of an important project due to probable constitutional litigation, or when British Columbians are threatened with the imposition, via constitutional means, of a pipeline that possibly the majority is not in favour of, it is surprising to hear, as is sometimes the case, that the constitution has no impact on citizens. The political solutions to such debates may not be a consensus, but one can still wonder whether the constitution could not further promote, through a reformed normative regime, political compromises...

While many problematic issues can be settled via unconstitutional or peri-constitutional channels, these channels offer few parameters for guiding the conduct of federal stakeholders over the long term. From this perspective, although constitutional law and policy are irreducible to the formal constitution, the latter is still crucial, although it seems to be underestimated in some circles.

The Government of Quebec’s Policy therefore aims to re-launch a political dialogue in Canada, which could lead to reforming the formal constitution. In this sense, it advocates for a kind of “pedagogy of federalism”.

On one hand, this pedagogy aims to (re)-raise awareness among Canadians outside Quebec about the fact that the constitutional situation in Quebec is still, at the least, “ambiguous”. Unsurprisingly, it takes up Quebec’s traditional constitutional claims even if, it should be noted, some of the issues are no longer as critical today as in the 1960s and 70s. The case of the federal spending power is quite telling as federal practices in this area have evolved considerably and have little to do with what existed at that time. Above all, and this is crucial, the Policy also rightly evokes the obvious: Quebec is not just one of the vectors of diversity in Canada. It is the anchor of a distinct societal culture, described in the Policy using classical nationalist vocabulary. And whether we agree or not with the use of this vocabulary is of little importance since the idea is to (re)-emphasize the fact that the particular cultural and linguistic configuration of Quebec society and the historical substratum that influences its evolution makes it, to borrow Charles Taylor's expression, an island of profound diversity on a Canadian scale. In this regard, the identity representation put forward by the Policy is that of a society that “remembers”, certainly, but that does not impinge upon its historical intrinsic plurality or on the need for it to remain an open society.

On the other hand, the pedagogy of federalism embodied by the Policy also has a conceptual dimension. For example, the explanation given about the principles of equality and autonomy in a federative context provides an important reminder in a context where principles like these have been, at certain times, used against the objectives set out by Quebec. Another asset of this Policy, which also contributes to its pedagogical vocation, is what I would call its pan-Canadian vision, which some have criticized, but which seems essential if we wish to resume an authentic dialogue. Federalism is not simply autonomy and exclusivity; it is also solidarity, and the Policy rightly recognizes that.

However, this “pedagogy of federalism” may have been more likely to achieve its objectives if it had been more explicit about the benefits that other federal partners could derive from joining it, or at least accepting the principle of the relevance of eventually reforming the constitution. In fact, in reading it, federal partners from other provinces could easily ask “what’s in it for me?” because fundamentally, the Policy remains anchored, as during the Meech and Charlottetown era, in a policy that is symbolic of recognition. And even though we obviously cannot blame it for capturing the constitutional question from a Quebec point of view, it remains that Quebec is the claimant without offering much that is tangible in return, or at least not proposing specific considerations to stir up any appetite for reopening constitutional talks.

It is here that constitutional mechanics become important. In fact, one wonders whether the revival of constitutional discussions would not have been more likely to occur if, instead of promoting symbolic politics, questions were asked, based on concrete and targeted proposals, about what constitutional law can do. The modernization of the formal legal framework for action by the two levels of government could therefore have been a promising avenue. Ongoing debates, such as those related to the Trans Mountain pipeline project, the possibility of growing cannabis at home, or recent Supreme Court opinions like the one made by Quebec in the notice of contestation about the federal desire to destroy the gun registry, clearly show the value of clarifying or even questioning the application of some of these doctrines. Even if the courts, and the Supreme Court in particular, will always be central players in these debates, does the analytical framework developed through the judiciary process over 150 years really address contemporary challenges in an efficient manner? For example, could the constitutional framework not be better equipped to capture cases where the action of one government generates substantial negative externalities for another? Moreover, does the doctrine of federal paramountcy apply universally in a bilingual and de facto multinational federation? Is a provincial preponderance radically unimaginable when it comes to cultural policy? We should also talk about the doctrine of interjurisdictional immunity, which, as I pointed out, can allow players acting in their own private interests to invoke federal jurisdiction in order to frustrate the consistent application of provincial laws. Is it unreasonable to think that the two orders of government would benefit, to better protect the public interest, from limiting the possibilities of the opportunistic use of such a doctrine, which the Supreme Court seems reluctant to do? These are just examples, but they aim to shed light on the fact that court-developed doctrines do not have the status of apodictic truths and that, if they want to, the political players, acting as constituents, would have the legitimacy needed to improve what can reasonably be...

In the end, however, does any plan to reopen the constitution not presuppose an overall, non-complacent reflection on the state of federalism? Unfortunately, the Policy, by eliminating any functionalist considerations from the analysis in favour of a policy of recognition marked by methodological nationalism—all Quebec jurisdiction, it says, is related to identity—is very unlikely to result in such reflection. Thus, in spite of its undeniable strength, the Policy carries perhaps within itself the seed of its ineffectiveness. 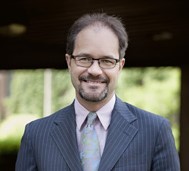