To meet its obligations to the Paris Agreement, Canada will need to reduce emissions from fossil fuels and, while we know that reducing emissions is an essential step, it is inadequate on its own.

Important opportunities are afforded for carbon capture by the montane forests of the Rocky Mountains and the vast boreal forests of the north. The challenge with focusing on tree planting is that these areas are fire-maintained ecosystems that are not a long-term solution for storing carbon.   A more secure carbon sink is actually in the ground beneath our feet, and we have an enormous opportunity to better capture and store carbon by optimizing the management of grazing on Canada’s Great Plains.

How does it work?

Grassland soils are among the largest carbon sinks in the world. Vegetation captures carbon dioxide from the atmosphere, fixes carbon into roots and rhizomes, and stores it safely underground. Since the end of continental glaciation about 10,000 years ago, vast stores of soil carbon have accumulated in over 615,000 km2 of the Canadian Great Plains in Alberta, Saskatchewan and Manitoba. After tillage and plowing, however, soils quickly lose about 50% of their carbon through decomposition, respiration and erosion. Sadly, already 75% of Canada’s northern Great Plains have been tilled.

The huge carbon sink in our grassland soils developed under a grazing system dominated by bison and optimized by animals and plants evolving together. For thousands of years, huge herds of bison roamed across the Great Plains.

Today, cattle are a surrogate for bison but, unlike bison, livestock do not roam—they are fenced in. And because they are penned in, cattle can overgraze and produce serious negative effects on both long-term yields and carbon storage.

The majority of cattle ranchers in Canada practice some form of rotational grazing among pastures allowing vegetation to recover. One intensive form of rotational grazing is adaptive multi-paddock (AMP) grazing where high densities of cattle feed on a given paddock for 3 or 4 days, which is then left for a rest period averaging 60-80 days before reuse. AMP grazing can mimic the grazing patterns of bison. Compared to conventional livestock management, AMP grazing by cattle increases the depth of carbon-rich topsoil and the total carbon stored underground.

In addition, AMP grazing increases water infiltration and the resulting higher levels of vegetation biomass and litter help to retain this soil moisture during periods of drought. Furthermore, laboratory incubation experiments have demonstrated that methane produced by livestock is actually absorbed into AMP soils by methanogenic archaea and bacteria.

How can we accelerate the opportunities that arise when our land management mimics the behavior of bison?

First, we need a Canadian carbon registry to verify land-management practices. This would provide land owners with compensation from Canada’s carbon tax revenues rather than using global markets.

Second, and most importantly, we need to focus on preventing further conversion of grasslands to crop production. Maintaining grasslands gives clear benefits for ecological goods and services such as maintaining habitats for grassland birds, which are the most imperilled birds on the planet. Also, retaining grassland cover for grazing reduces spring runoff that causes spring flooding year after year on the Red River in Manitoba

At a global scale beef production contributes substantially to local economies but also to carbon emissions. There is no doubt that converting tropical forests to cattle production, or feeding grain to cattle in feedlots will tip the carbon balance sheet against beef production. However, producing grass-fed beef on western rangelands using appropriate cattle grazing systems is an optimal use of our grasslands.

We have the expertise in Canada to design our own systems to meet our obligations to the Paris Agreement. Investing carbon tax revenues in Canada’s grasslands might be one of the most cost-effective approaches for carbon sequestration and storage, while simultaneously sustaining wildlife and western agricultural culture.

This article initially appeared in the Globe and Mail on May 6, 2021. 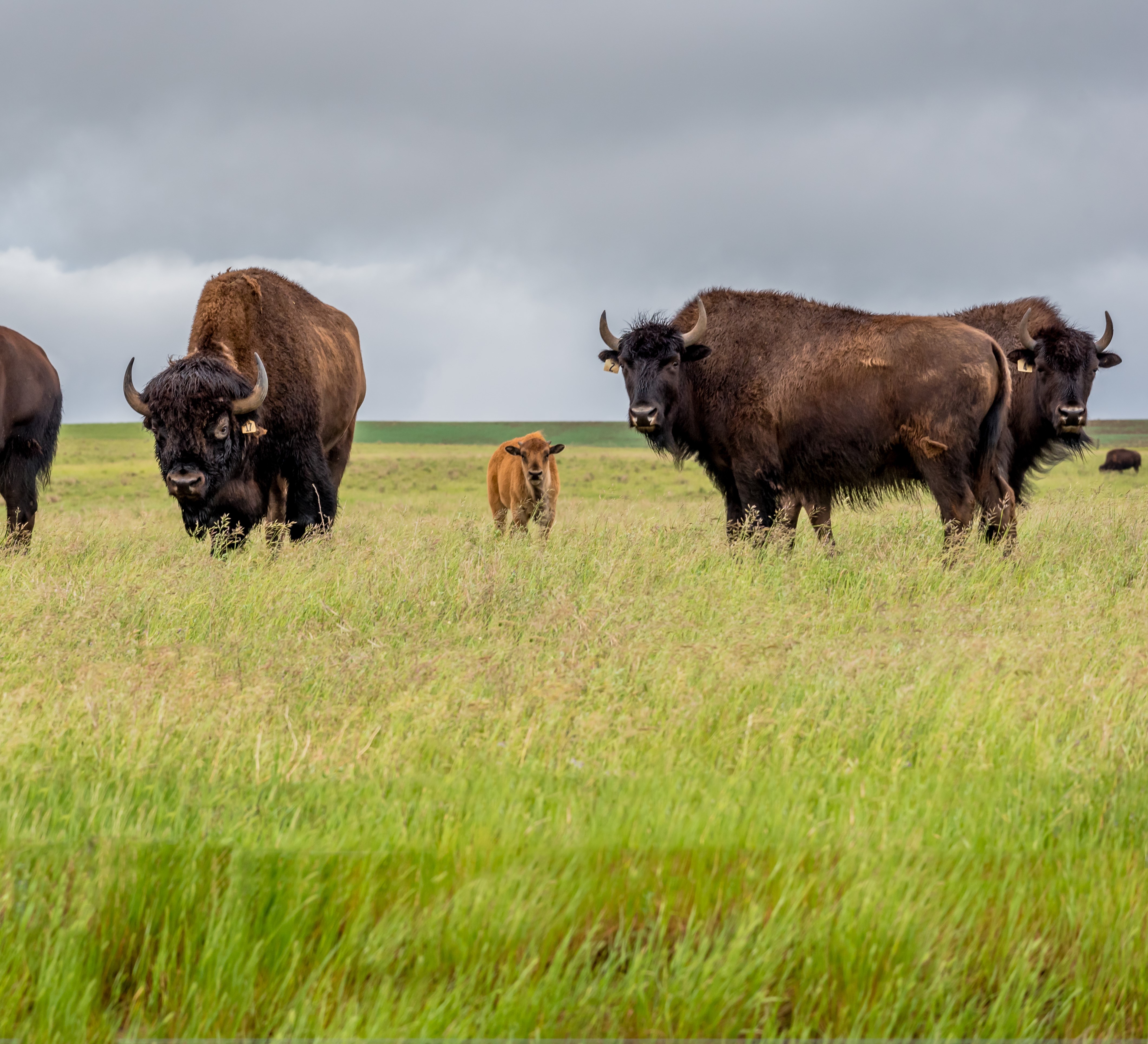