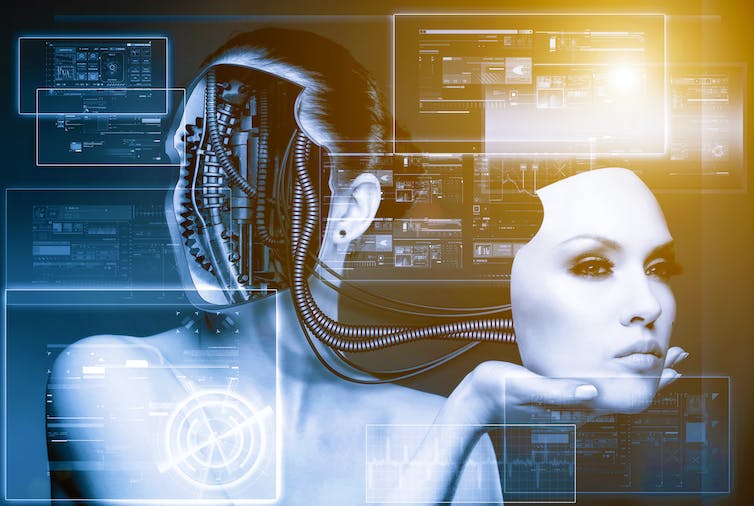 Sex robots made headlines after American comedian Whitney Cummings brought out her very own lookalike robot for her Netflix special called Can I Touch It? RealBotix, the company that made Cummings’ robot, says that since the special, there has been a wave of demand for their robots.

Comedian Whitney Cummings introduces the audience to her lookalike robot.

Sex robots have been in demand for quite some time. The sex toy industry is one of the fastest growing industries of the 21st century, with an estimated net worth of $30 billion. Over 40 per cent of men who participated in an online survey said they could imagine buying a sex robot in the next five years.

In 2017, RealBotix created the world’s first sex robot with artificial intelligence (AI), named Harmony. With rapid changes in AI development along with increasing demand, there is a need to consider the ethical implications of sex robots on cognitive and emotional behaviour.

At Neuroethics Canada, we analyze issues at the intersection of ethics, neuroscience and neurotechnology daily. Farhad Udwadia is a medical student at the University of British Columbia and a graduate of Harvard Medical School’s Masters of Bioethics program. Judy Illes is a professor of neurology at the University of British Columbia and has been writing about ethics, neuroscience and women’s issues for many years.

One of the ethical problems that accompanies the widespread use of robots like Harmony is the potential for reinforcing harmful gender stereotypes. This can occur both through Harmony’s appearance and through the roles programmed into her identity.

Harmony’s physical appearance reflect widely held stereotypical expectations of women’s beauty — for example, large breasts and a small waistline. Such overly sexualized stereotypes about what a physically attractive woman should look like are dangerous. Studies have shown that the hypersexualized portrayal of women in media is linked to sexual harassment and an increase of violence towards women.

The construction of sex robots in such a manner reinforces negative ideas about identity and roles in sexual relationships. According to Harmony, her main objective is to be the perfect companion for her user. But sex robots have no likes or dislikes, no strong opinions, are unable to refuse or revoke consent and always submit to their users. This distorts ideas of what a female companion’s role ought to be and could influence the expectations of male users in real life.

Sweden’s Women’s Lobby and other organizations have even called for banning sex robots based on these concerns.

Feminist scholars are concerned that the way robots are currently programmed could have adverse impacts on the way male users practise consent in their human sexual relationships, and even catalyze undesirable human behaviour such as aggression.

The sex robot industry is almost exclusively catered to the needs of heterosexual men. As articulated by lawyer Sinziana Gutiu, “the sex robot is an ever-consenting sexual partner and the user has full control of the robot and the sexual interaction.” In other words, users can do whatever they like to their robots with no repercussions.

The concern is that if human-robot relationships continue to play out in such a manner, there is a possibility that the way users view and practise consent in their human relationships could shift, with negative consequences for women.

Acts of violence towards sex robots have also been observed around the world over the past few years. These include incidents of decapitation, mutilation and molestation. For individuals who might be inclined to act in this way, the availability of a robot to violate could feed these behaviours.

Research shows that men who have been exposed to violent pornography are more likely to behave violently towards women in their lives. Compounded by the fact that an actual sexual relationship is much more immersive than watching pornography, the potential for aggressive behaviour to carry over into society is worrisome. 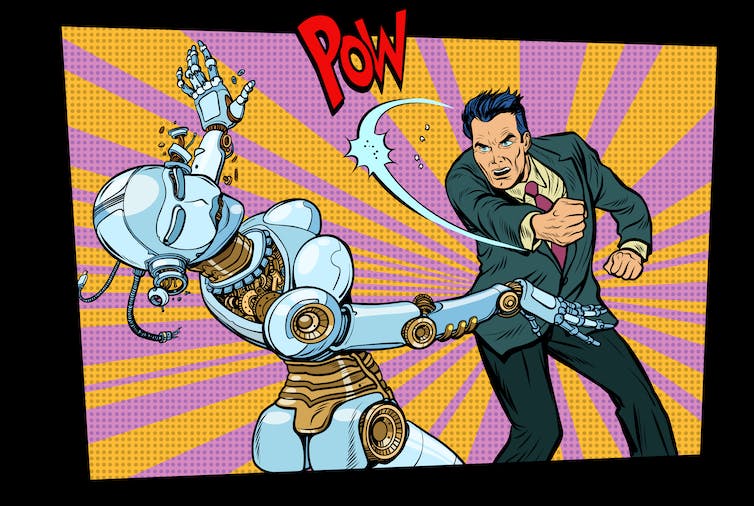 Studies have shown that depictions of violent acts in pornography translates to increased aggression in viewers’ behaviour; this raises alarming concerns about how sex robots will affect gender-based violence. Shutterstock

A future in which human-robot relationships are devoid of fundamental human values such as respect and consent is concerning. Perhaps granting robots some human-type consideration might mitigate this challenge. In 2017, Saudi Arabia made headlines by granting a robot citizenship for the first time in human history.

Shortly thereafter, the European Parliament proposed the creation of an electronic personhood category to ensure the rights of the most capable AI systems. This is similar to corporate personhood status, which is the legal notion that allows a corporation to enjoy some of the rights that are typically granted to human beings.

The way sex robots are currently programmed is obviously problematic. It encourages the porn-ification of women, devalues consent and does not punish violence and aggression. Providing intelligent and somewhat autonomous machines with a full set of rights is excessive, but finding ways to protect them from harm is a positive solution. This ethical approach could preclude harmful human behaviour and in turn protect us from ourselves. 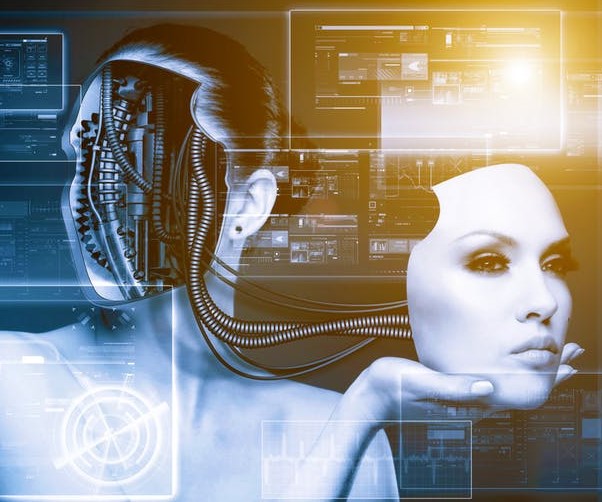