Marine plastic is a ubiquitous environmental problem that can have an impact on a variety of marine biota, such as seabirds, making it an important concern for scientists and policy makers. Although research on plastic ingestion by seabirds is increasing, few studies have examined policies and long-term monitoring programs to reduce marine plastic in the Arctic. This paper provides a review of international, national, and regional policies and long-term monitoring programs that address marine plastic in relation to seabirds in the Arctic countries: Canada, the Kingdom of Denmark (Greenland and the Faroe Islands), Finland, Iceland, Norway, the Russian Federation, Sweden, and the United States of America. Results show that a broad range of international, national, regional and local policies address marine debris, specifically through waste management and the prevention of pollution from ships. However, few policies directly address seabirds and other marine biota. Further, policies are implemented inconsistently across regions, making it difficult to enforce and monitor the efficacy of these policies given the long-range transport of plastic pollution globally. To reduce marine plastic pollution in the Arctic environment, pan-Arctic and international collaboration is needed to implement standardized policies and long-term monitoring programs for marine plastic in the Arctic and worldwide.

Plastic pollution can have deleterious impacts on marine biota in a variety of ways, depending on consumer species and the shape, size, and type of plastic (Werner et al. 2016), but the most documented impacts are from ingestion and entanglement. However, there are more studies on plastic ingestion in seabirds reported in the literature (Wilcox et al. 2015; review by Baak et al. 2020) than studies on plastic entanglement in seabirds (Kühn et al. 2015; Ryan 2018). Marine mammals, seabirds, turtles, and fish can become entangled in fishing gear, rope, and plastic bags (Laist 1987, 1997; Walker and Taylor 1996; Provencher et al. 2017). If not directly causing mortality, marine plastic pollution may affect the fitness of individual organisms by compromising their ability to capture and digest food, reproduce, migrate, and (or) escape from predators (Secretariat of the Convention on Biological Diversity and the Scientific and Technical Advisory Panel—GEF 2012; Galloway et al. 2017). As plastics break down in the ocean, they become available to a broader range of marine organisms. Ingestion of microplastics can result in physical damage such as obstruction or internal abrasions (Wright et al. 2013). Further, when ingested, chemicals used in plastic production can be incorporated in the tissues of the animals (Tanaka et al. 2013, 2020; Rochman et al. 2014). In addition to physical effects, marine plastics can transfer chemicals to the marine environment or act as vectors for species, such as bryozoans, barnacles, polychaete worms, hydroids, and molluscs (Barnes 2002; Hermabessiere et al. 2017).

Seabirds play an important role in marine ecosystems and are thus important indicators of ecosystem health (Mallory et al. 2010; van Franeker et al. 2011) but are also culturally important for Indigenous peoples of the Arctic (Mosbech et al. 2018). Many Arctic seabird species are in decline (Paleczny et al. 2015; Goyert et al. 2018) due to threats such as overfishing of food sources, bycatch from fisheries, climate change, and pollution (Sullivan et al. 2006; Croxall et al. 2012), and plastic pollution may exacerbate this decline (Mallory et al. 2006). As plastic pollution continues to increase in the Arctic, seabirds and other marine biota will be at an increased risk of ingestion and entanglement (Kühn et al. 2015; Wilcox et al. 2015; Kühn and van Franeker 2020); thus, monitoring the prevalence of this pervasive environmental contaminant will be of increasing importance. Indeed, the Protection of the Arctic Marine Environment (PAME) is currently developing a Regional Action Plan on Marine litter that will address both sea and land-based activities, with a focus on Arctic-specific marine litter sources and pathways (PAME 2020). However, many countries lack the policy and monitoring programs to enable and enforce the prevention, reduction, and monitoring of marine plastic pollution.

The legal framework that is applicable to marine plastic pollution is complex and consists of international, national, regional, and local policies that cover ocean- and land-based sources of marine plastic. Several review documents already exist for policies that directly or indirectly can be applied to mitigate the impact of marine plastic (Kershaw et al. 2013; Pettipas et al. 2016; Xanthos and Walker 2017; PAME 2019; Eriksen et al. 2020); however, none are specific to the Arctic. The United Nations Environment Programme (UNEP) recommended that current international and regional frameworks on marine plastic pollution be reviewed to identify gaps for policy improvement (UNEP 2016). Further, the Arctic Migratory Birds Initiative (AMBI) 2019–2023 workplan highlights the need for a review of policies within Arctic countries that address marine plastic to recommend future research and policy development in the region (CAFF 2019). The implementation of policy and long-term monitoring programs for marine plastic pollution in the Arctic region will facilitate our understanding of the impacts of plastic ingestion on Arctic species and allow us to compare plastic ingestion and entanglement across species, regions, and time.

We reviewed policies and long-term monitoring programs that address marine plastics in the eight Arctic Council countries: Canada, the Kingdom of Denmark (Greenland and the Faroe Islands), Finland, Iceland, Norway, the Russian Federation (hereafter Russia), Sweden, and the United States of America (US). We outline international, national, regional, and local policies on plastic pollution in the Arctic marine environment, identify gaps in these policies in relation to the Arctic and Arctic seabirds, and suggest actions for future policy development in the Arctic. 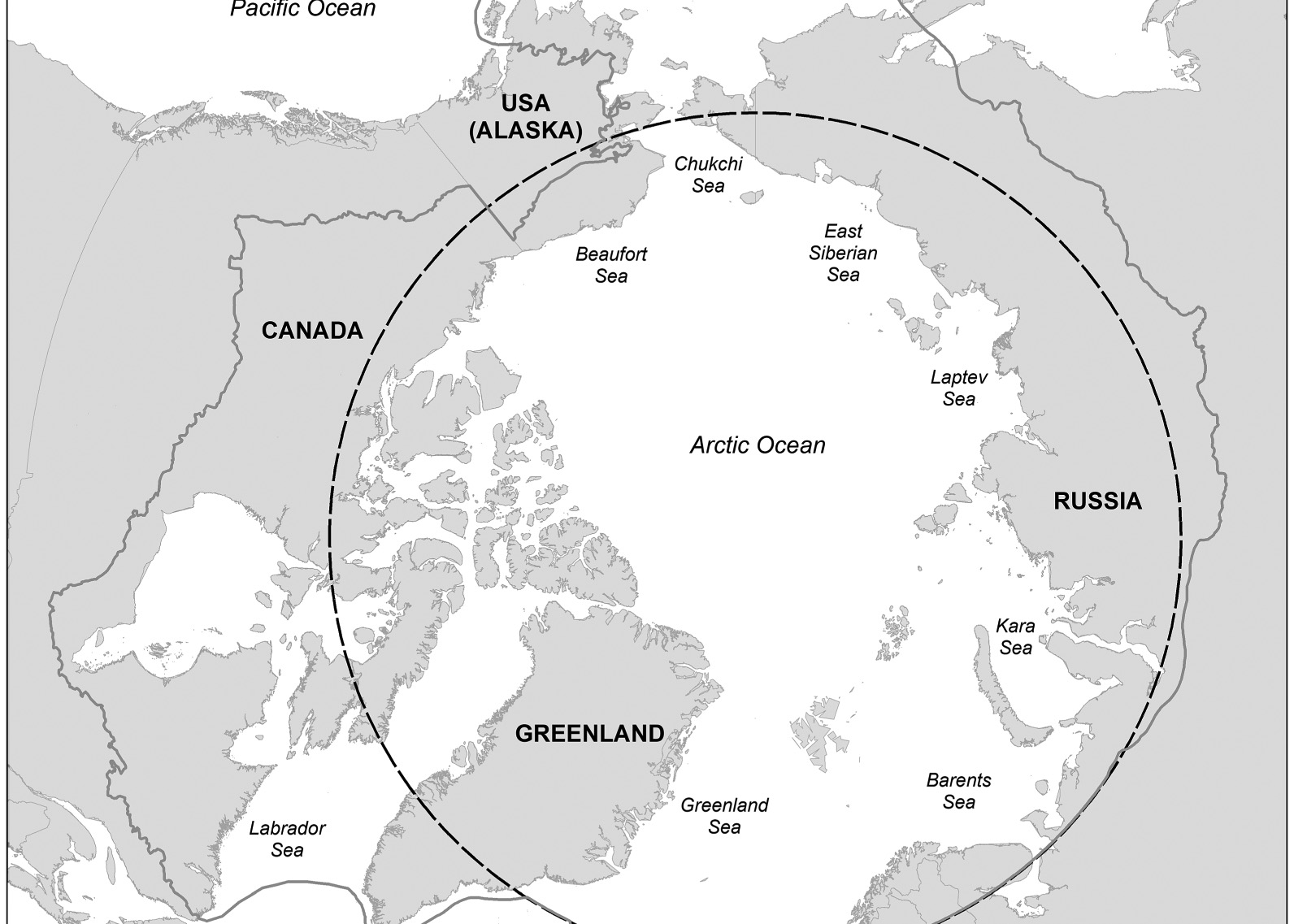