Recent decades have seen an increased appreciation for the role infectious diseases can play in mass mortality events across a diversity of marine taxa. At the same time many Pacific salmon populations have declined in abundance as a result of reduced marine survival. However, few studies have explicitly considered the potential role pathogens could play in these declines. Using a multi-year dataset spanning 59 pathogen taxa in Chinook and Coho salmon sampled along the British Columbia coast, we carried out an exploratory analysis to quantify evidence for associations between pathogen prevalence and cohort survival and between pathogen load and body condition. While a variety of pathogens had moderate to strong negative correlations with body condition or survival for one host species in one season, we found that Tenacibaculum maritimum and Piscine orthoreovirus had consistently negative associations with body condition in both host species and seasons and were negatively associated with survival for Chinook salmon collected in the fall and winter. Our analyses, which offer the most comprehensive examination of associations between pathogen prevalence and Pacific salmon survival to date, suggest that pathogens in Pacific salmon warrant further attention, especially those whose distribution and abundance may be influenced by anthropogenic stressors.

As climate change and other human activities have altered marine environments, a concurrent increase in the incidence of infectious-agent-mediated mortality has been observed across numerous marine taxa (Tracy et al. 2019; Behringer et al. 2020) including corals (Bruno et al. 2007), sea stars (Miner et al. 2018), and mammals (Sanderson and Alexander 2020). These mortality events can cause abrupt changes to the abundance, demographics, and evolution of infected species as well as widespread changes to the structure and function of ecosystems where they occur (Preston et al. 2016). Most well-studied marine epizootics involve relatively immobile organisms in the intertidal zone or megafauna, including pinnipeds, that are readily observable above water. Outbreaks occurring in less easily observed organisms like marine fishes may therefore be under-documented (Bakke and Harris 1998).

A growing consensus among researchers suggests early marine residence as the period where survival has changed most dramatically (although this likely varies regionally, see Michel 2019), and the hypothesized mechanisms driving this change include altered climatic regimes (Mantua et al. 2010; Hertz et al. 2016), interspecific competition (Kendall et al. 2020), predation (Nelson et al. 2018), primary productivity impacts on growth (Duffy and Beauchamp 2011; Daly and Brodeur 2015), and carryover effects from freshwater (Chasco et al. 2021; Wilson et al. 2021a). A potential role of infectious agents in the multi-decadal decline of Pacific salmon has not been investigated in detail.

Mass mortality of marine resident salmonids caused by infectious agents has been documented in aquaculture settings as a result of outbreaks of disease such as Infectious Salmon Anemia (ISA) in Norway (Rimstad and Mjaaland 2002) and Piscirickettsia salmonis in Chile (Rozas and Enríquez 2014). Monitoring pathogens in wild salmon in the marine environment is uncommon and moribund individuals are nearly impossible to obtain (Bakke and Harris 1998). Therefore, we have no measure of whether ISA, P. salmonis, or any other pathogens impact wild salmon marine survival, aside from a large body of literature indicating that sea lice (Lepeoptheirus salmonis), a readily visible external macroparasite, may cause quantifiable decreases in wild salmon survival (Krkošek et al. 2011; Vollset et al. 2018). Several studies have inferred pathogen-associated mortality in wild salmon by observing truncation in the distribution of pathogen loads (Jacobson et al. 2008; Tucker et al. 2018), temporal changes in pathogen prevalence for a population (Tucker et al. 2018), and body condition indices (Sandell et al. 2015). However, we are not aware of any published studies relating marine population infection metrics to population-level survival estimates for salmonids outside of aquaculture.

In this study, we quantify associations between infectious agents and the early marine survival of Chinook and Coho salmon populations along the Pacific coast of British Columbia. The goal of our exploratory analysis was to identify which pathogens, if any, had the strongest associations with cohort survival, as a first step upon which future, more targeted, studies could be based. Specifically, we quantified pathogen prevalence (percentage of a group infected) and load (intensity of infection) using high-throughput quantitative polymerase chain reaction (ht-qPCR) and related (i) pathogen prevalence to cohort survival and (ii) pathogen load to individual body condition (deviations from the length–mass relationship). By conducting these analyses across two host species, two seasons, and dozens of different pathogens, we sought to identify pathogens demonstrating multiple associations with survival and condition. 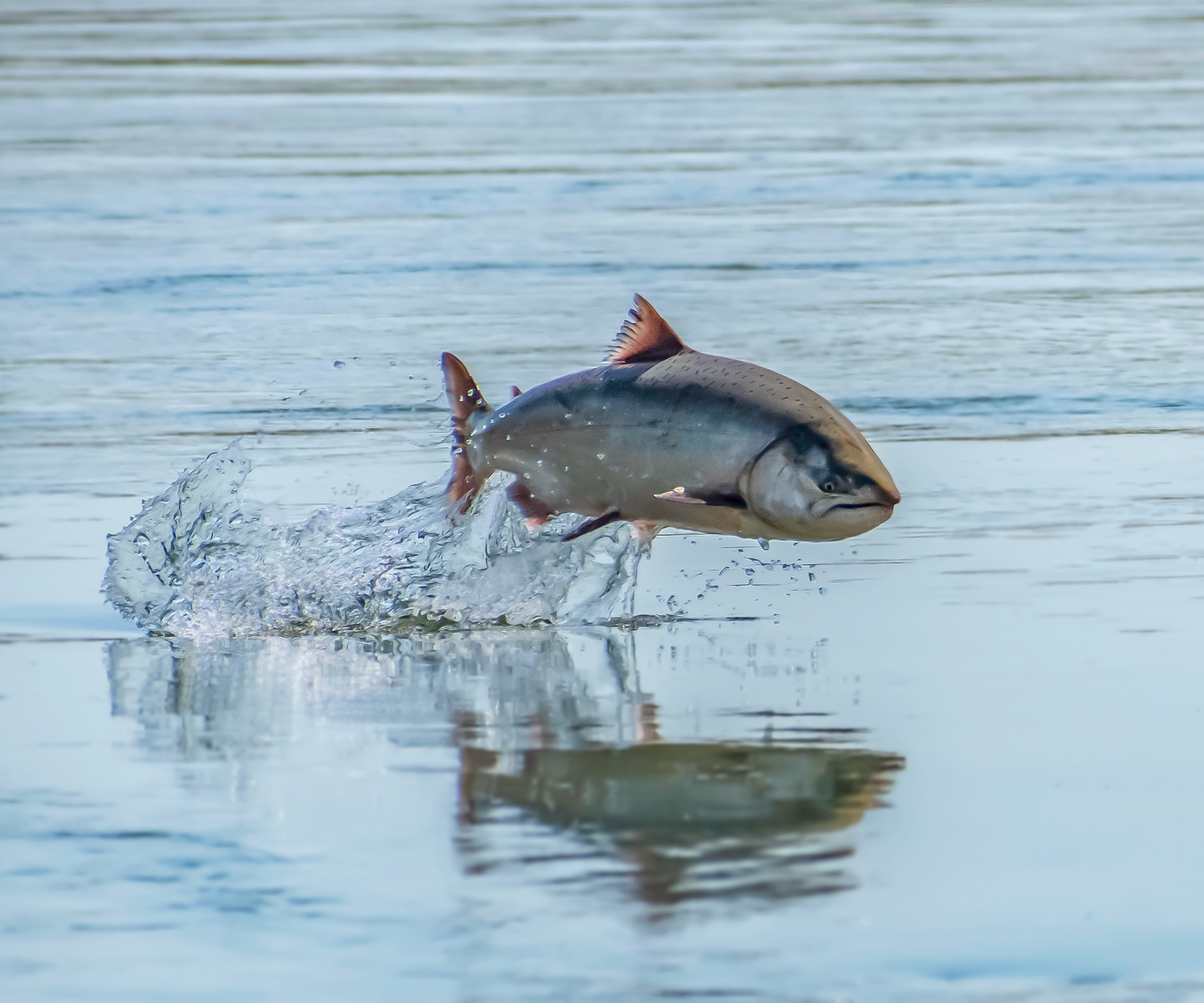