THE UNEQUAL EFFECTS OF COVID-19 ON MULTILINGUAL IMMIGRANT COMMUNITIES

Ross Perlin is linguist, writer and translator, and Co-Director of the Endangered Language Alliance

In March 2020, New York City became the global epicenter of the COVID-19 pandemic. By May, the city had reported more than 170,000 confirmed cases and over 18,000 confirmed deaths. While nearly every city resident was impacted, the effects were not evenly distributed. The same pattern of unequal impact and exposure has played out time and again in the United States, Canada and beyond. New research and public data point to serious disparities by ethnicity and race, and it is beyond doubt that marginalized and multilingual immigrant communities in hyper-diverse urban settings in Canada and the US have been among the hardest hit by COVID-19.

Our recently-released digital language map shows that New York City is home to at least 700 languages, making it the most linguistically diverse urban centre in the world. Canada’s linguistic diversity is also concentrated in its urban areas, where 75.5% of people with an immigrant mother tongue live in one of the six largest census metropolitan areas. Toronto is the most linguistically diverse city in Canada, home to approximately 200 of the 215 different languages spoken across the country, according to the 2016 census. Based on our experience mapping languages that go unreported in the US census, the actual numbers for Toronto, Vancouver and other Canadian cities are likely to be significantly higher. Revealingly, 45% of Toronto residents speak a mother tongue other than French or English. For good reason, the Endangered Language Alliance (ELA), a non-profit research organization dedicated to documenting linguistic diversity and supporting endangered languages, has two branches, in New York and Toronto.

During the height of the pandemic in New York, we combined ELA’s language data and COVID-19 testing data released by New York City’s Department of Health and Mental Hygiene to create a map of positive COVID tests per ZIP Code per capita and the distribution of languages across the city. This visualization illustrated a connection between high numbers of COVID-19 cases and neighborhoods with significant linguistic diversity. How can we understand the relationship between areas of linguistic diversity and spaces of vulnerability?

The evidence suggests that fundamental inequalities around income, housing and health all play a role, combined with the fact that many immigrants are frontline workers in healthcare, food service and transportation. But an additional factor has received less attention. In a pandemic, when public health messaging is updated on a daily basis, politicians and public health officials need to communicate clearly and consistently with the populations they serve. Translating fast-changing directives and complex new terminology such as “social distancing” or “community transmission” into different languages is challenging at the best of times, and requires networks of trust and good relations with immigrant communities.

In moments of crisis, community networks become vitally important for timely and effective communication. If city officials know the approximate locations of different language communities—through community-based language mapping—they have the baseline data and necessary context to craft appropriate messaging. A translated sign or poster is better than nothing, but it is no replacement for flexible audiovisual communication channels featuring trusted community voices using community languages on an ongoing basis.

When the pandemic hit, people across the world stepped into the breach, offering targeted translation and interpretation of key public health messages for language communities not served by the global language technology giants. For example, the virALLanguages initiative, Translations for our Nations, and the Endangered Languages Project, bring individuals and communities together with the goal of sharing reliable information in as many languages as possible to help contain the spread of the virus. In Quebec, the Inter-regional Interpreters Bank, a free of charge service to facilitate meetings with health care practitioners, started to offer interpretation by phone and video conference via platforms such as Teams and Zoom.

Despite the impressive volume of multilingual messaging that has been produced by such initiatives, many immigrant communities with sizable Canadian populations remain poorly served. To take just one example, an estimated 7,000 speakers of Harari live in Toronto, the largest such concentration anywhere outside their homeland of southern Ethiopia. Yet, we know of no readily available information on COVID-19 in the Harari language. Skeptics may argue that a multilingual community such as the Harari, whose members typically speak Ethiopia’s predominant national language, Amharic, in addition to their mother tongue, can safely rely on their knowledge of other languages for critical updates on the pandemic. This misses the point.

For a message to be credible and acted upon rather than simply transmitted, it must come from a trusted voice and in a mother tongue. Knowing this, public health agencies all over the world have been working tirelessly to identify community leaders who can help to spread reliable information. As the world moves towards widespread vaccination, the threat posed by the “infodemic”—the proliferation of inaccurate information undermining public trust in scientific facts—should not be underestimated. Reaching out to communities in their mother tongues is a critical element in a successful vaccination campaign.

Creating and disseminating public health messaging in community languages is one challenge; ensuring language access in life-and-death health care settings is quite another. In cities across Canada and the US, people hospitalized after contracting the virus found themselves isolated and without the comfort of visits from family members—individuals who, under other circumstances, might have served as trusted and accurate, if unofficial, medical translators. This new reality of forced distance has had profound implications for both patients and health care workers working through language barriers in medical settings.

Our Languages of New York City map is already being used to identify the public service needs of urban language communities. Canada’s multilingual metropolises would benefit from a similar, ground-up approach to language mapping. An advantage of an interactive map like ours, particularly during a pandemic, is its capacity to combine geospatial data provided by municipal, provincial and federal agencies—whether public health, centers for disease control or census and statistics—with language distribution data to visualize patterns of vulnerability. Public data that can be cross-referenced with language data include, among many other variables, the percentage of uninsured households, the percentage of crowded households or those estimated to have more people than rooms as well as the percentage of households with people 65 years of age and older.

Incorporating such information into an interactive language map also offers clues for understanding why it may be that linguistically rich urban areas have been hit particularly hard with COVID-19 and can help target public service delivery to the most seriously affected neighborhoods through focused translation into specific languages.

If it is clear, for instance, that there are many socio-economically precarious households within a five-block radius, then such information would help municipal and community organizations develop messaging in languages predominantly spoken in those neighborhoods about how these communities can best access health services. The challenges in actually making this happen are many, from triangulating the data to making and disseminating the messages, but there is no doubting the need.

The fast-moving COVID-19 pandemic illustrates the importance of community-based language mapping and highlights the ever more urgent requirement for attending to the spatial relationships underlying the diversity of language landscapes, including those in urban areas, and commit to mapping languages in ways that are more representative, collaborative and participatory.

Language maps, whether in print or online, need to represent more than just points or polygons. There is great potential for using GIS and data visualization tools for illustrating the complexity of language practices, language mobility, and linguistic identities here in Canada. Our collaborative approach to language mapping offers ways to explore how linguistic geographies intersect with health disparities and other social vulnerabilities. Underlying our partnership is a shared goal: identifying the role of maps for making sense of linguistic diversity and marginalization so that resources can be better mobilized to address and mitigate entrenched inequalities. 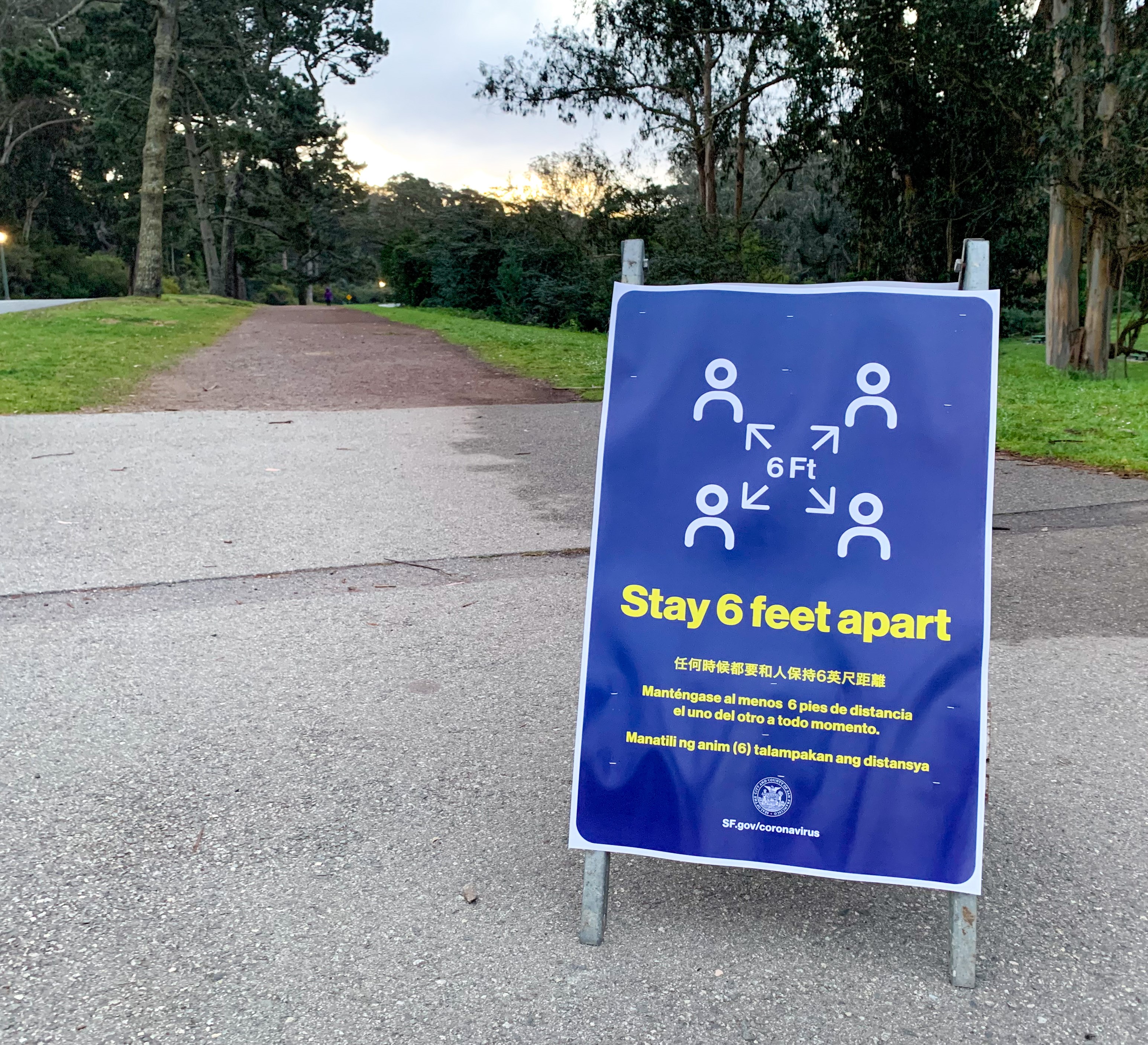