Appreciation of nature, especially birds, reached a high point during the pandemic. Many people remarked on species they had not noticed before in their yards and neighbourhoods. Was this just because we were spending more time at home, and so spending more time looking? Had the birds and other wildlife been there all along, but we had simply not noticed? Or, were there really more birds in our suddenly much quieter neighbourhoods? One of the many consequences of the pandemic has been our increasing awareness of the natural world around us, and, perhaps, a willingness to protect it as well.

Around the world, wildlife is in decline. Every decade we lose more than thirty percent of amphibian populations in North America. Globally, insects are declining at rate of about nine percent per decade. Forty years ago, North America had three billion more birds than it has now.

We are progressively chipping away at the natural habitats that wild species need - another hedgerow removed to make a bigger farm field, another cottage added to a lake, another forest razed for a box store, another small wetland filled in to make a road. For nature, it's death by a thousand cuts.

Canada has made international commitments to protect our biodiversity. The cornerstone for that protection must be preserving and restoring forests and wetlands. But the COVID-19 lockdowns have shown us another thing we can do to help: reduce traffic.

While human communities were transformed during lockdowns, the lockdowns also changed the world for other species we share the Earth with. Some of our strictest lockdowns took place from March to May 2020. This coincides with the time when most of the birds that Canadians love to see and hear were returning north to breed. Migration is always a dangerous time for these birds. So, what happened to them during lockdowns?

Our research found that there really were more birds in cities across North America in the spring of 2020 than in previous springs. We used observations of birds provided by more than 16,000 volunteers as part of the world’s largest community science project, eBird, to study whether there were more birds in cities, and close to near-grounded airports and major roads, during the pandemic spring of 2020 than during the three previous springs, 2017-2019.

Our results are intriguing. Most of the nearly 100 species of birds we studied showed increases in cities or near airports and major roads during the lockdowns. When and where traffic disappeared, birds arrived.

This makes it clear that in "normal" non-COVID times, traffic has a huge impact on birds. The motion and noise of vehicles disrupts bird behaviour, and many birds die in collisions with vehicles, ultimately reducing bird populations.

This loss of birds is sad for nature lovers, but it also harms our mental well-being. Another recent study showed that people who live in neighbourhoods with more types of birds feel better about their surroundings, even without being aware of the connection between the birds and their feelings of satisfaction. So, creating cities with less traffic will be better for both birds and the people who live there.

Permanently reducing traffic and keeping it low enough to benefit birds and people will take a concerted effort and a many-pronged approach. We'll need measures such as tax incentives to encourage people to work from home. We'll also need improvements in public transit, financial incentives for taking transit, and financial disincentives for driving, such as the tolls in London, England, for driving into the city. Improvements can also be made in infrastructure for non-traffic modes of transportation such as walking and biking. For example, during lockdowns many city planners used the opportunity to install measures allowing pedestrians and cyclists onto the under-used roadways, improving health and well-being for many of us. There are myriad approaches that we can use to reduce traffic.

A future with much lower traffic will bring many additional benefits for economic, social, and environmental sustainability. Businesses will have reduced office and travel costs, climate change impacts will be reduced, and we will get to live in a more beautiful and relaxing world. In addition to Canada's international commitments to protect biodiversity, we have also made commitments to reduce our climate-destroying greenhouse gas emissions. Reducing traffic in our cities would help us meet both of these commitments.

It sounds challenging, but if we make it a priority, it can be done. The COVID-19 lockdowns have given us a glimpse of the benefits to be gained for people and nature. Now we need to decide as a society whether we want those benefits.

This article initially appeared in the Globe and Mail on September 24, 2021 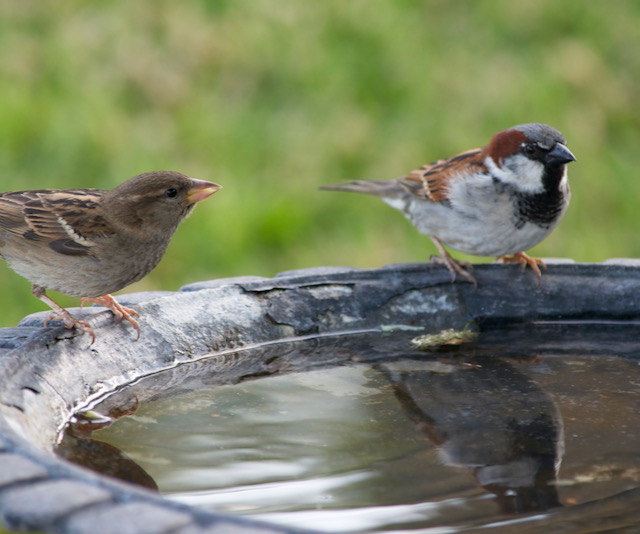