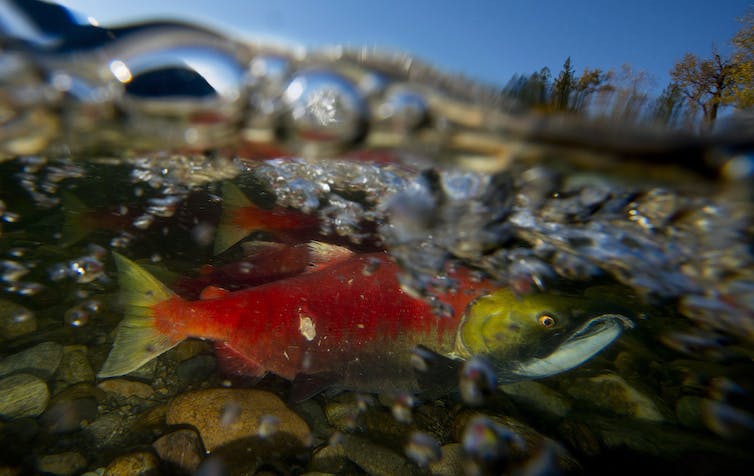 Pacific salmon are one of Canada’s iconic creatures. Each summer, they complete their, on average, four- to five-year-long life cycle by returning from their rich ocean feeding grounds to the creeks and streams where they were born. Here, following in the “footsteps” of their parents, they will lay eggs, die and give rise to the next generation of salmon.

This transit from freshwater to the sea and back again is sometimes thousands of kilometres long. It can also be treacherous — the fish must navigate steep river rapids and avoid voracious predators.

But the trek is only being made harder by unnatural challenges. Humans continue to dam and pollute rivers, overfish and introduce invasive plants and animals. And this is just the tip of the iceberg in terms of how humans are profoundly reshaping fresh waters in Canada and around the world. 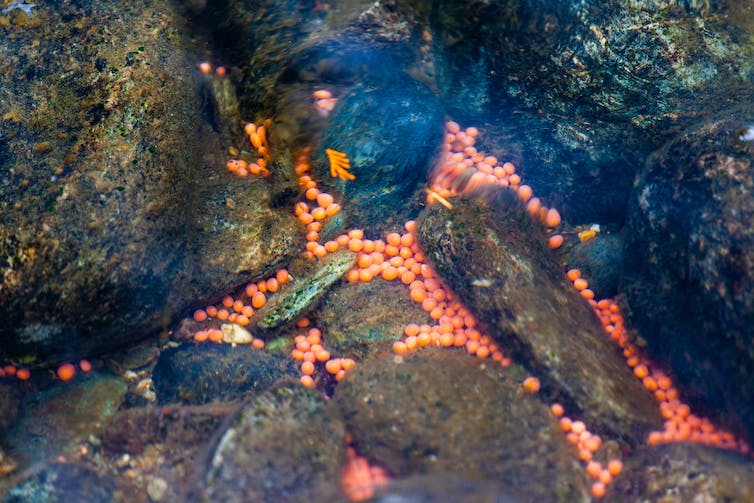 Salmon eggs lie among the rocks in the Adams River, B.C. (Shutterstock)

For our research on the migration and conservation of Pacific salmon, we have looked at how freshwater ecosystems — lakes, rivers, streams and wetlands — are changing around the globe. Society has its finger on the pulse of the oceans, but what about our too often forgotten fresh waters?

Lakes and rivers in crisis

While fresh waters make up just a fraction (0.01 per cent) of all the water on the planet, they are home to nearly 10 per cent of the Earth’s known animal species, including one third of all vertebrates (anything with a backbone). There are even more species of fish in freshwater ecosystems than there are in the ocean.

This picture is, sadly, changing quickly. The World Wide Fund for Nature (WWF) recently published the “Living Planet Report 2018,” showing that freshwater species loss is more severe than species declines on land or in the ocean. 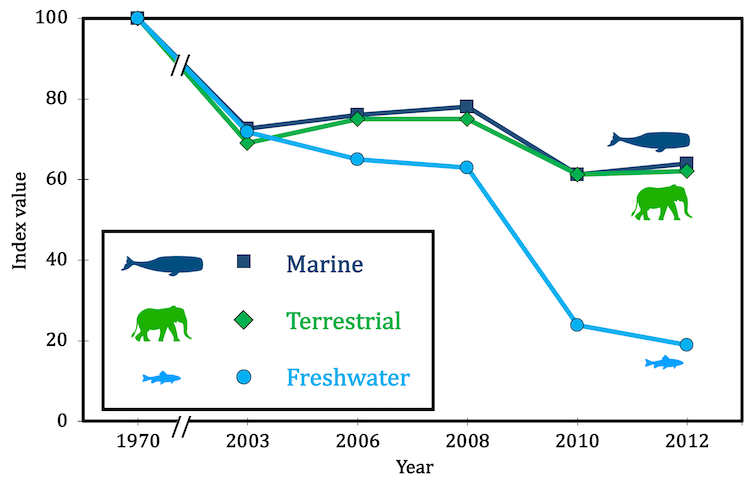 Alarmingly, populations of freshwater species on average have declined by more than 80 per cent in 50 years, while populations of land-dwellers and ocean creatures have fallen by less than half that.

Clearly, fresh waters are in crisis with worsening trends over the past decade. But why?

Scientists know that damming, polluting, overfishing and introducing new species are changing “waterscapes” around the world, and impeding the survival of animals like Pacific salmon. We have known about these threats to freshwater biodiversity for at least a dozen years.

But a lot can change in 12 years — and it has. With an international team of some of the world’s leading freshwater scientists, our new study documents a dozen threats — some new, some growing — to freshwater species:

Our team fears that fresh waters continue to be overlooked. These mounting threats and rapid species losses are taking place below the water’s surface — out of sight and out of mind.

“This is a silent, invisible tragedy that attracts far too little interest,” said Steve Ormerod, a freshwater ecologist from Cardiff University, in Wales, U.K., and one of our team members.

We hope to change this narrative by drawing attention to these 12 critical threats.

We need action on these threats — now.

Hope on the horizon?

This is a lot to take in. It may feel like there are no solutions that will change the trajectory for freshwater species. Fortunately, that is not the case and we highlight opportunities for conservation gains.

New scientific tools are changing the way we monitor freshwater populations. Environmental DNA, for example, may soon allow us to use a single water sample to identify all the fish in a watershed — without ever seeing the species.

Other approaches, including the use of “environmental flows” (e-flows) to manage the flow of water below a dam, dam removal as well as fishways let fish like Pacific salmon circumnavigate some of the barriers we have created. 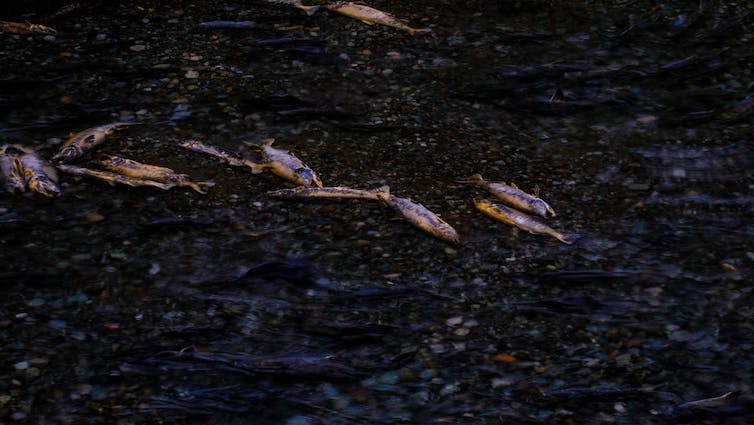 But the solution does not rest solely with technological advancements to reverse past errors. We need to meet the freshwater needs of both people and nature by changing the way we treat fresh waters, for example, through our day-to-day actions, by joining or supporting the Alliance for Freshwater Life and pressing our governments to join the global effort to preserve freshwater. 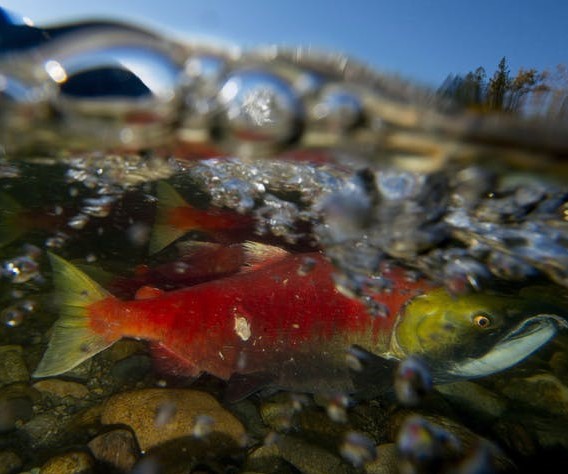