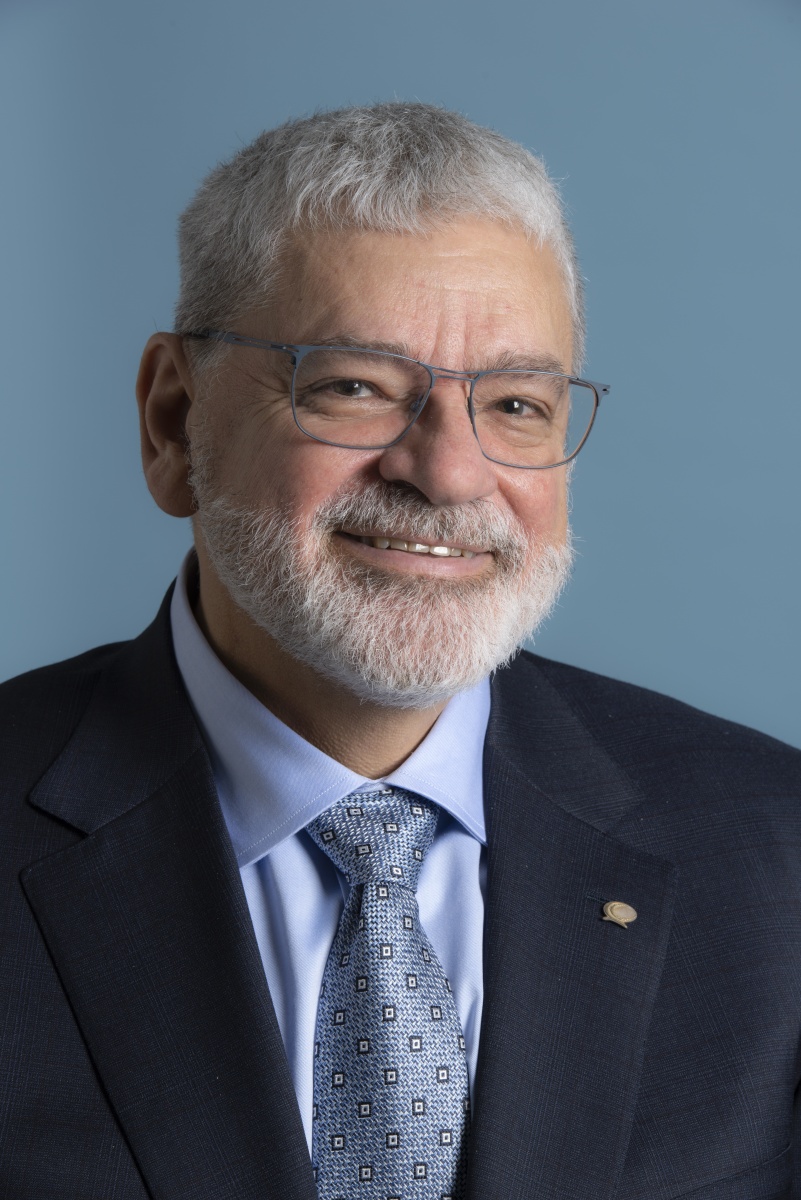 Dear Fellows of the Academy of Science of the Royal Society of Canada and scientific colleagues across Canada.

In the past few years of the pandemic, the RSC under Jeremy McNeil, the College under Karly Kehoe, and the Academies, including the Academy of Science led by John Smol, have been proactive in generating a series of special publications and informing the public about societal and scientific challenges that had risen.  Their outstanding work with Canadian experts from different scientific fields led to the publication of policy briefings, position papers, and expert panel reports. Among them were focused articles on various aspects of the SARS-CoV-2 infection, such as “One Health approach to Emerging Zoonoses,” and other documents that repositioned the RSC’s crucial expert advice on public issues, at the forefront of the news for Canadians and government agencies.

For their promotion of these critical roles of the RSC and the Academy III, we must thank Jeremy, John, and the entire team at the RSC Walter House for their leadership over the past three years. These initiatives were timely as it is evident that we must tackle this continuous pandemic and the recent acceleration of the climate crisis, which are significant challenges that will persist in years to come.

I acknowledge the division directors of Academy III, who have done a fantastic job in the past years to maintain the difficult selection of our fellow academicians: F. Rosei (Applied Science & Engineering - ASE), K. Hattori (Earth, Ocean & Atmospheric Sciences - EOA). These thanks are also to P. O’Campo (Medical Sciences - MS) and G. Murphy (Mathematical and Physical Sciences - MPS), who ended their terms this year. V. Wee Yong (MS) and C. Crudden (MPS) respectively agreed to take the leadership of these divisions. In addition, my special thanks to G. Bell, who assumed the role of interim director of the new division of biological sciences and has now transferred it to M. Sokolowski (Biological Sciences - BS). Finally, I am also grateful to our colleagues who served as respective divisions secretaries: N. Roulet, M. Sokolowski, V. Wee Yong, and L. Vinet.

Following the vote of our RSC Fellows, I became President of Academy III at the end of the COEE 2022 in Calgary.  As a cancer researcher trained in general biology, microbiology, and virology, I take the presidency of the Academy of Science with a robust understanding of biological and health sciences. Adding to this core expertise, I am passionate about all sciences and technologies, hence my great respect for the Fellows of the ASE, EOA, and MP divisions of the Academy III. Together, these experiences uphold the solid enthusiasm and collegiality I bring to the leadership of the Academy III and to the RSC.

My plan for this three-year mandate includes several aspects of our mission. First, it is to ensure that the Academy of Science serves its members and recognizes Canadian scientists that have made significant accomplishments in their fields of research toward advancing science and engineering for the benefit of Canadians. Second, we should be assertive in supporting funding for all academic research to ensure that Canada remains competitive and a worthy scientific partner worldwide.  Thirdly, I plan to work in concert with our division directors and fellow RSC members to pursue our role of informing the public and governments by contributing to additional reports and white papers of interest. FACETS, the Globe and Mail, and we seek a French news agency that will collaborate significantly in diffusing the relevant Academy III documents.

The selection of these topics will be influenced, for the most part, by the existing partnerships that the RSC and our President Alain Gagnon have defined at the COEE in Calgary. Among them, the priority will be to support the RSC activities from the recent period of reflection and interaction within the G7 countries, the G20 think tanks, and the RSC contribution to the remarkable “One Health” conference.  These discussions include health and aging, ocean diversity, the risk of changing climate, and others. The RSC has also released its new strategic plan to help us guide our decision and action. The three crucial aspects of the RSC strategic plan will also be addressed within our Academy work: In recognizing the excellence of our Fellows, in employing their independent expertise, and finally, in engaging at the international levels.

To conclude, the Academy of Science and the RSC remain independent entities that must deserve the confidence and trust that our colleagues and the public see in the Canadian scientific community. We will pursue our commitment to share and exchange our discoveries, passion, and scientific knowledge to improve our quality of life and protect our unique Canadian and world environment. To accompany us, the One Health vision for the world should serve as a guide to advancing science and engineering to the benefit of all.  It is a pleasure to begin this journey with you and all our colleagues from the Academy of Science and the Royal Society of Canada.

FACETS is the official journal of the Royal Society of Canada’s Academy of Science and is published by Canadian Science Publishing, Canada’s not for profit leader in mobilizing science.