The Hon. Jody Wilson-Raybould, MP and the Hon. Jane Philpott will be among several participants in Navigating Party Discipline, a public event and discussion at Memorial University in St. John’s, Newfoundland and Labrador, on February 6. The two women, who were among the biggest political newsmakers in Canada in 2019, will take part in a political panel fielding questions from the audience about the challenges of party discipline in the Canadian parliamentary system of government.

The SNC-Lavalin affair that dominated Canadian politics in 2019 increased public awareness about problems with the Canadian parliamentary system of government. The episode climaxed in April when Prime Minister Trudeau expelled the former ministers from the Liberal caucus.

In the October 2019 federal election, Wilson-Raybould accomplished the rare feat of becoming elected as an Independent MP and was the first woman to do so since party labels appeared on election ballots in 1972.

The Canadian public—and indeed many parliamentarians—lacks knowledge about the inner workings of parliamentary politics. Party discipline is necessary to ensure smooth operations, especially in an interconnected media landscape. However, party discipline constrains the ability of backbenchers to hold the government to account, to vote freely on bills and motions, to represent constituents and be independent thinkers.

The event is sponsored by the Royal Society of Canada (Atlantic) and Memorial University’s Scholarship in the Arts program.

The details for the event are as follows:

Michael Morden, of the Toronto-based Samara Centre for Democracy, will begin the event and serve as its MC. Alex Marland, an award-winning Professor of Political Science at Memorial University, will present a sneak peak of his upcoming book about party discipline in Canada. The MC will then moderate opening comments about navigating party discipline and a question-and-answer discussion with Ms. Wilson-Raybould, Dr. Philpott, former MP Ryan Cleary and Paul Lane, a current Newfoundland and Labrador Independent MHA.

At the conclusion of the event, Ms. Wilson-Raybould will be signing copies of her book From Where I Stand: Rebuilding Indigenous Nations for a Stronger Canada for attendees.

The Hon. Jody Wilson-Raybould is the Member of Parliament for Vancouver Granville. She is a former minister of justice, attorney general and minister of veterans’ affairs. In 2015, she was elected as a Liberal and in 2019 was re-elected as an Independent. She is a member of the We Wai Kai Nation.

The Hon. Jane Philpott is a former federal minister of health, Indigenous services and president of the Treasury Board. From 2015 to 2019 she was the Member of Parliament (MP) for Markham-Stouffville. Initially elected as a Liberal, Dr. Philpott served as an Independent MP in 2019.

Paul Lane is a Member of the House of Assembly (MHA) in Newfoundland and Labrador. He represents the district of Mount Pearl-Southlands, having been elected as a Progressive Conservative in 2011, as a Liberal in 2015, and as an Independent in 2019.

Ryan Cleary was the Member of Parliament for St. John’s South-Mount Pearl from 2011-2015. He was a candidate for the New Democratic Party in that riding in 2008, 2011 and 2015. He subsequently ran as a Progressive Conservative in the 2015 provincial election.

Alex Marland is a Professor of Political Science at Memorial University of Newfoundland. He is the author of Brand Command: Canadian Politics and Democracy in the Age of Message Control which in 2017 won the Donner Prize for Best Public Policy Book by a Canadian. He is a member of the College of the Royal Society of Canada.

Michael Morden is the Research Director of the Samara Centre for Democracy, a non-partisan charitable research institute. He was previously a researcher with the Mowat Centre and Mosaic Institute, and a senior policy advisor in the Government of Ontario. He holds a PhD in political science from the University of Toronto.

Media Contact
Please direct all media inquiries and requests to: 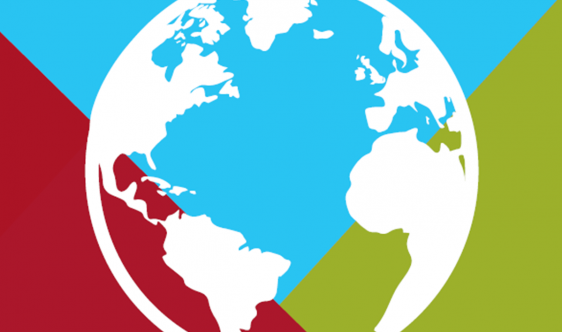