Home / About Us / Board of Directors / Message from the RSC President 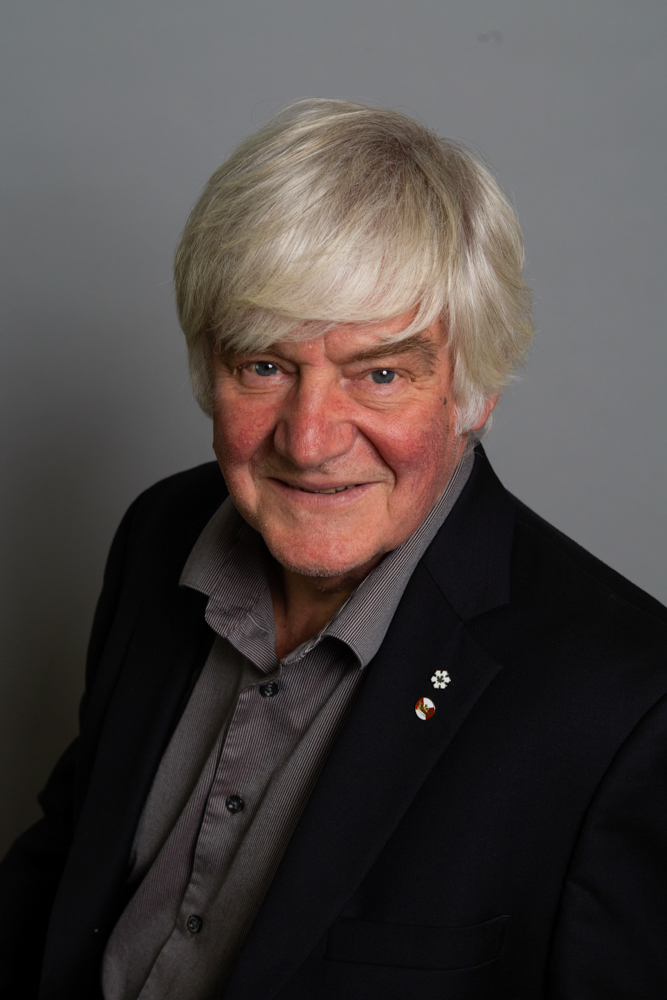 The wide diversity of events at the recent Royal Society of Canada’s Celebration of Excellence and Engagement not only allowed us to recognise those elected as new Fellows and College Members as well as the recipients of the RSC awards, it also emphasised our engagement on both national and international fronts. The former was highlighted by the release of the Policy Briefing on “Sustaining Canadian Marine Biodiversity”, the first in a line of publications that revisit Expert Panel Reports, track their impact, and develop next steps in terms of policy options. Similarly, aspects of our current international activities with the G7 and G20 Academies, as well as with IAP/IANAS, were integral to the symposium “Inclusive Culture under Siege”.

Needless to say, none of this would be possible without the efforts of many dedicated people. I would like to take this opportunity to once again thank Chad Gaffield, as well Marie D’Iorio, Alain Gagnon, Jean Grondin, and Vijaya Raghavan for their leadership over the past two years.  I look forward to working with the new Academy Presidents, Julia Wright, Janine Brodie and John Smol, the President of the College, Joanna Quinn, the new International Secretary Paul Young, other members of Council and the Walter House staff to continue moving forward with the objectives of the 2018-2022 strategic plan, Mobilize, Catalyze, Sustain.

An immediate priority is to convene the Committee on Fellowship and College Membership for the purpose of ensuring that the numbers and distribution of RSC Fellows and Members by discipline, geography and gender reflect the current state of scholarship in Canada. Among the key issues for the committee to consider are the number of members elected annually, as well as how to best embrace inclusive excellence in an age of increasing interdisciplinarity. Indeed, as the work of the RSC TRC Task Force has illustrated, our selection processes have historically been characterized by Eurocentrism. We will achieve our strategic objective of embracing inclusive excellence to the extent that our processes are driving a commitment to the value of diversity.

For those who may have missed this year’s Celebration of Excellence and Engagement, one thrilling development is the countrywide establishment of RSC Branches. Following the ongoing success of RSC Atlantic we have recently launched RSC@Massey, and are working closely with SRC Quebec, RSC Pacific and RSC Prairies North. Active Branches throughout Canada will provide enhanced opportunities for greater participation for engagement by the membership, through regional workshops and symposia that focus on key global issues and the ways these issues are manifested at the local level.  Furthermore, it will allow us to raise our profile outside of academic circles by engaging in community and in public spaces

Another exciting initiative at the COEE was the launch of the Policy Briefing “Sustaining Canadian Marine Biodiversity”. This is the first in  the series with additional ones coming out in 2020, beginning with  “End of Life Decision Making” our approach will be to work with the RSC Branches to stage a report launch that furthers the discussion from an interdisciplinary perspective at a venue that engages the public in discussion and informed debate. In the future this model could be used for our own publications or for the discussion of important subjects raised in reports/white papers from national or international organizations with whom the RSC is an active partner.

Of course, we must also look beyond these near-term and exciting plans in order to consider where we would like to see the RSC a decade from now. I have some ideas but certainly look forward to hearing from the membership on how we can better serve Canada and Canadians …while gently reminding you that we may have unlimited capacity, but we do not have unlimited funds!

Thank you very much for the opportunity to serve as RSC President.  It is a great honour and I will do my very best to justify your confidence.

Learn about the RSC's voting and nominating process

Hear what our members have to say on important issues.

Support the Royal Society of Canada

The Royal Society of Canada is a registered charitable organization, and, since its founding, has sought to maintain a diversity of sources of funding in order to ensure its independence.